For too long, our northern neighbors have depended on plasma imported from the U.S. to meet demand. With the passage of new legislation in Alberta, this may change. 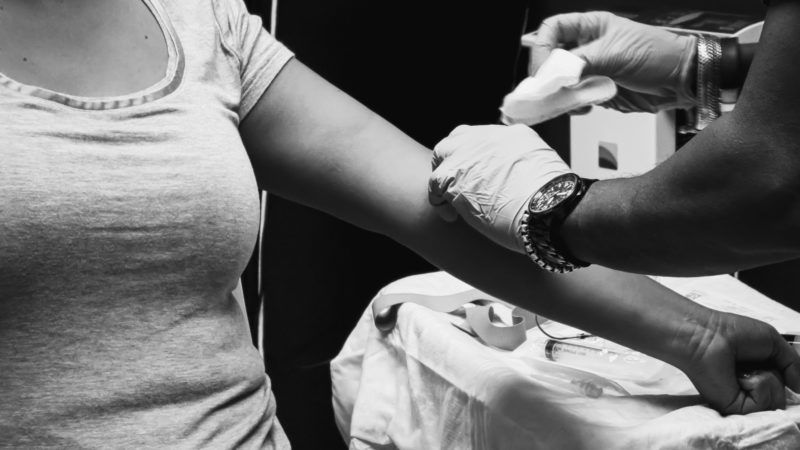 The U.S., one of the few places where blood plasma donors are legally allowed to receive compensation, currently provides about 70 percent of the world's supply. With the passage of new legislation, Alberta, a province in Canada—which has allowed private organizations to pay for plasma in select cities and provinces for years—is inching closer to solving its own plasma shortage problems.

Albertans will soon be able to receive payment for their blood and plasma donations. Bill 204, the Voluntary Blood Donations Repeal Act, was introduced by Tany Yao, a member of the legislative assembly for Alberta's provincial government, and passed in the legislature this week. It must now get royal assent—a mere formality—for it to become law. The bill overturns a 2017 prohibition on paid plasma, and will allow private companies to pay plasma donors for their efforts. If they so choose, people will still be able to donate blood and plasma without receiving compensation via Canadian Blood Services.

The bill was opposed by nurses unions, which claim patients who rely on plasma therapies will suffer from this. "While its supporters claim Bill 204 will address the sufficiency of the supply of plasma in Canada, it will in fact do the exact opposite," said Linda Silas, president of the Canadian Federation of Nurses Unions, in a press release. "As our donors come to expect payment, our voluntary donor base for both blood and plasma will be jeopardized."

United Nurses of Alberta's president Heather Smith told Global News that "the government is putting its ideology and desire to support profiteers above what is actually safe for Albertans and Canadians." Elsewhere she said that "donating blood should not be viewed as a business venture."

But Smith is wrong to act as if these shadowy "profiteers" support harming patients, when in fact plasma sellers are the very people trying to help those in need (with, yes, some money thrown in for their time and discomfort). After all, paid plasma accounts for 89 percent of the world's total supply, which constantly teeters on the brink of shortage. Many patients and organizations that advocate on their behalf have come out in favor of Bill 204.

The Network of Rare Blood Disorder Organizations (NRBDO) issued a statement reminding that "with no evidence of safety risks, and no evidence of threats to the voluntary collection of blood, compensated collection of plasma can help with the global and Canadian plasma supply shortage, helping to ensure patients can access plasma-derived medicinal (PDMPs) products when they need them."

They're right. Blood plasma therapy keeps many people with autoimmune and immunodeficiency disorders alive and well. And there is no good evidence to suggest that paid plasma is less safe than plasma given by uncompensated donors. In fact, the plasma donation process is much longer and more cumbersome than standard whole blood donation. As Peter Jaworski wrote in Reason, "Unlike blood, which takes approximately 30 minutes to donate and is possible to do once every 56 days, donating plasma takes about two hours, with 40 minutes of 'needle-in' time, and we need people to do it much more often—three times a month or more."

Canadian Blood Services currently struggles to source all the necessary plasma to serve the country's patients, with 83 percent of its supply imported from the United States. It's a sad irony that while many Canadian provinces preclude their citizens from getting paid, the nation is reliant on plasma imports from donors elsewhere—donors who have, in fact, been paid.

Yao, the bill's sponsor, tells Reason that he feels "buoyed by the fact" that countries "that do allow for compensated donations…have higher donation percentages than those currently here in Canada." Yao also registered his disappointment that labor unions like the United Nurses of Alberta were so vocally opposed to his bill, since "professional health care workers should have the pragmatic understanding of the pharmaceutical industry."

With no reason to believe payment taints the safety of plasma donations, and so many countries struggling to produce enough domestic plasma to serve patients in need, Alberta's repeal will help Canada better deliver lifesaving treatments to the many patients who depend on them.