State lawmakers want Uber and Lyft to classify their drivers as employees. A majority of drivers disagree. 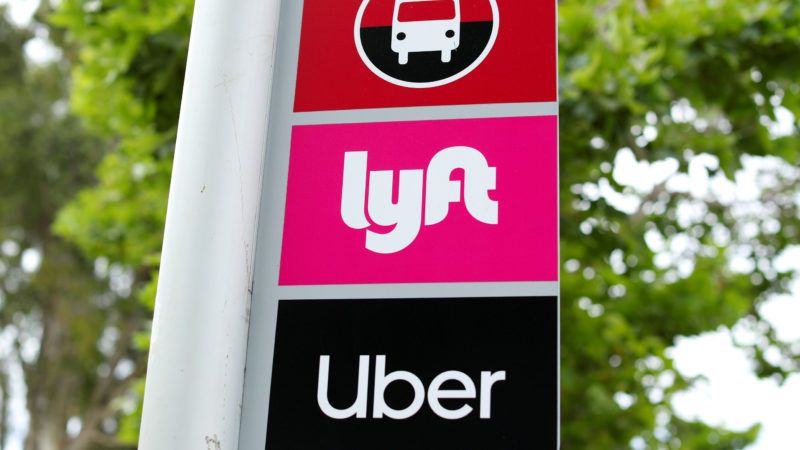 A California appeals court ruled last week that Uber and Lyft must classify their drivers as employees instead of contractors, intensifying the pressure to pass a ballot measure that would allow them to keep the flexible business model that a majority of their workers say they prefer. That measure—Proposition 22—would exempt ride-hailing companies from A.B. 5, the legislation that strongarmed companies into transitioning gig-economy workers from freelance to employee status.

The latter comes with a slate of benefits, including health care, paid time off, compensation for expenses, and a minimum wage, among other perks. But A.B. 5 gave companies an incentive to lay off contractors, sparking a backlash among freelancers. Restrictions put in place for content creators, for instance, led to mass layoffs in journalism and marketing.

Those "were never good jobs," insisted Assemblywoman Lorena Gonzalez (D–San Diego), the legislator behind A.B. 5. Workers pushed back on that. "The reality is it still falls primarily on women to be the caretakers and caregivers of their families, and freelancing allows women to be stay-at-home mothers or to care for an aging parent," Alisha Grauso, an entertainment journalist and co-leader of California Freelance Writers United, told me last December. "Being made employees kills their flexibility and ability to be home when needed. I cannot stress enough how anti-women this bill is."

Such workers were eventually granted an exemption from the law. A.B. 5 also had to exempt a slew of other professions, including hairstylists, real estate agents, insurance agents, lawyers, accountants, doctors, and dentists. (That list is not exhaustive.) If Proposition 22 passes, ride-share drivers will be in good company.

A.B. 5 was crafted as a response to Dynamex Operations West, Inc. v. Superior Court of Los Angeles, a court decision that established a rigorous test for labeling a worker as a freelancer instead of an employee. That case specifically addressed truckers, who, ironically, have since been exempted from the legislation. With its laundry list of exceptions, A.B. 5 now almost exclusively targets Uber and Lyft—a cronyistic approach that creates more problems than it solves. (So far, the two companies have staved off the changes by appealing the rules in the courts.)

"Uber and Lyft have been fighting tooth and nail for years to cheat their drivers out of the basic workplace protections and benefits they have been legally entitled to," said Gonzalez in August. What the assemblywoman omits is that the majority of ride-share drivers want to keep the gig economy model as is. Out of California drivers, about 60 percent approve of Proposition 22, according to a poll conducted on behalf of the publication Rideshare Guy; 23.6 percent are against, and 16.2 percent are undecided.

That shouldn't be a surprise when considering the immediate implications of A.B. 5. First, there are the job losses caused by the increase in labor costs: A study conducted by Beacon Economics LLC found that, by its most conservative estimate, Lyft would have to lay off 219,547 drivers in the Golden State. Mandated employee status would also usher in the demise of the flexible work-when-you-want business model—something oft cited by drivers as a major pro to working for Uber and Lyft—with operators instead scheduled in shifts. Consumers should expect to see a 20 to 30 percent increase in prices, something that will alienate lower-income riders.

A.B. 5 hurts the intended beneficiaries, and the brunt of that pain is likely to fall on the most vulnerable populations. In New York City, 90 percent of app-based drivers are immigrants and less than 16 percent have a college degree; two-thirds of those operators use Uber and Lyft as their only source of income. California does not have comparable statistics available, but the demographics are more likely than not to be similar—and New York is mulling new gig economy regulations itself. Those drivers should hope A.B. 5 won't be the model.