The pope conveniently forgets that as a property-rights-based market economy has expanded, grueling poverty has receded worldwide. 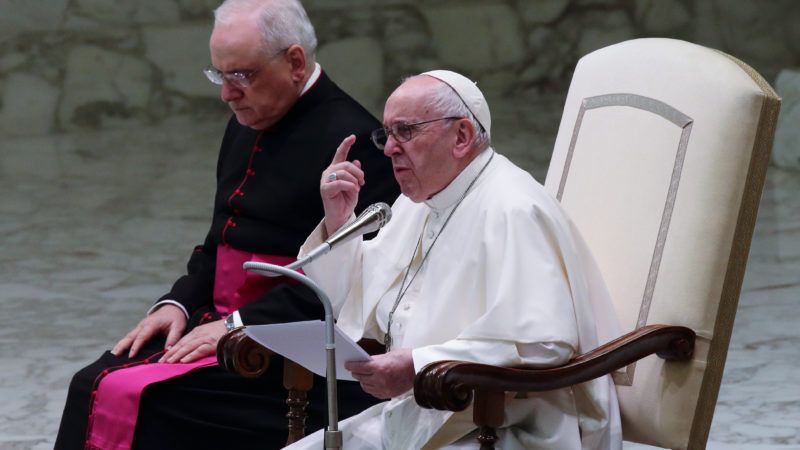 A friend of mine, who had spent many years establishing a successful printing business in the Midwest, opened his local newspaper to find a story about a fancy redevelopment project that the city had proposed in his neighborhood. How nice, he thought, until he realized that planning officials were going to put the project on top of his company's existing building.

He was one of many people I had interviewed for my 2004 book about the abuse of eminent domain—the government's right to take property upon payment of "just" compensation. The Constitution allows such takings for roads, courthouses and other public uses, but the courts have expanded that definition to allow the government to take private property if it deemed the new use more beneficial than the old one.

The U.S. Supreme Court's 2005 Kelo decision gave governments the imprimatur to do so, although Justice Sandra Day O'Connor's dissent still resonates: "The beneficiaries are likely to be those citizens with disproportionate influence and power in the political process, including large corporations and development firms. As for the victims, the government now has license to transfer property from those with fewer resources to those with more."

I thought of that case, as well as many sad interviews with victimized property owners in various eminent domain and other property rights disputes, after reading Pope Francis' latest encyclical called Fratelli Tutti, or "Brothers All." This pope has repeatedly diminished the importance of private property and free markets, but he usually leaves enough wiggle room so his supporters could describe what he meant in "proper context."

There's plenty to debunk in this 43,000-word missive—from its description of the market system as one based on exploitation, to its call to for stronger international institutions. But I'll focus on the pope's distorted view of property and his failure to grasp how this supposed secondary right undergirds those primary values of life, family, and brotherhood. As this nation's founders recognized, property is the foundation of those bigger things.

The city's taking of my friend's business devastated him—not because of some dollars-and-cents accounting. In many (but not all) of these cases, the government eventually reimburses owners for the assessed value of their properties. A business, however, is not merely the collected value of its bricks and mortar. It reflects the hard work and creative energies and vision of its owners.

From his lavish Vatican surroundings, the pope describes property ownership as something secondary and even tawdry, yet even in doing so he reinforces the primacy of property. "To care for the world in which we live means to care for ourselves," Francis wrote. "Yet we need to think of ourselves more and more as a single family dwelling in a common home." Note the reference to a person's home. One need not own a house to have a home, but ownership is the linchpin of our other freedoms—and the best assurance that we can provide for our families and help others.

That Pope Francis would erode such rights in the name of helping the poor is foolhardy. Even the pope admits that "corruption and inefficiency" are the hallmarks of politicians. To relegate tangible property ownership to intangible values (e.g., advancing human dignity, promoting equality) is to, as Justice O'Connor noted, benefit the rich and powerful at the expense of the poor.

I find 18th century British statesman William Pitt's argument far more compelling: "The poorest man may in his cottage, bid defiance to all the forces of the Crown. It may be frail, its roof may shake; the wind may blow through it; the storm may enter; the rain may enter; but the King of England may not enter; all his force dares not cross the threshold of the ruined tenement." To help the poor, protect their right to property—so they can defy even the forces of the king.

As Pope Francis correctly noted, some people will use their resources to exploit others. But he conveniently forgets that injustices have existed throughout history. As the property-rights-based market economy has expanded, grueling poverty has receded worldwide. The population living in extreme poverty has dropped precipitously in tandem with the growth of the economic "dogmas" that the pope decries. Perhaps there's a connection.

This column was first published by The Orange County Register.