From the founding up until 1882, U.S. immigration policy was quite open. In her new book, Yang details how that changed over time.

Nick Gillespie | From the November 2020 issue 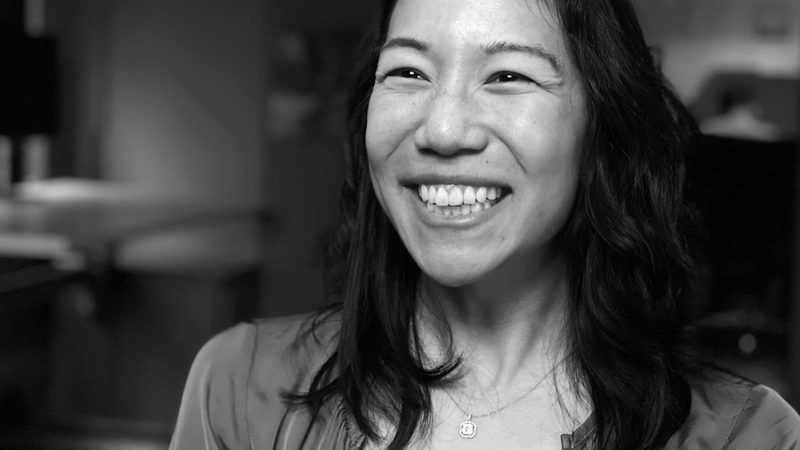 A deputy national editor at The New York Times, Jia Lynn Yang is the author of a timely new book, One Mighty and Irresistible Tide: The Epic Struggle Over American Immigration, 1924–1965 (W.W. Norton & Co.). The book begins at a dark moment in American immigration policy, when a restrictive law ended a long period of relatively open borders and effectively stopped mass movement to the United States for the next 40 years. It tells the story of the decadeslong process that led the U.S. to begin accepting foreigners once again. Yet almost nobody involved in that fight foresaw the extent to which the 1965 law finally signed by President Lyndon B. Johnson would open the door to large numbers of new immigrants, including Yang's family.

Reason's Nick Gillespie sat down with Yang first in March and then again in May after the COVID-19 pandemic began to have a major effect on U.S. immigration policy. Among other things, it prompted President Donald Trump to temporarily halt legal migration and led to a delay in asylum hearings on the Mexican border.

Q: You have a personal connection to immigration, particularly the laws of the period that your book covers. What is it?

A: My family would not be here if not for the Immigration and Nationality Act of 1965. When I began working on this whole project, I'd never heard of the law, never been taught it in high school or college. I had just been told—like, I think, a lot of American families—the gauzy story of how we ended up here at all. Basically, my family's from China. After the civil war and the Communists won in 1949, my grandparents left for Taiwan, like a lot of other refugees. My parents grew up there and then came to the U.S. in the '60s and '70s for college and grad school.

Q: Talk about American immigration policy from the beginning of the republic up through the 1882 Chinese Exclusion Act.

A: Our immigration policy was quite open. We needed people to come and colonize this land. If you basically wanted to show up, we didn't have visas, there were no passports, there wasn't border control. If you got here—and this was true until really the 1920s—and you made it physically [through] the long, long journey, you could be here.

In 1882, the U.S. passed, for the first time, an immigration law restricting people coming in based on their ethnicity. This was fueled by a huge anti-Asian backlash against Chinese laborers in particular. From that point on, you can see that we are as a country slowly but surely adding more and more restrictions.

A: Imagine the 1920s as being a very isolationist, very pro-American, nationalist time where we're literally closing off borders.

As we're fighting [World War II], it becomes clear that our immigration laws don't match our foreign policy. The Chinese Exclusion Act of 1882 banned the naturalization of anyone who's Chinese, but during the war, the Chinese are allies, and it seems embarrassing and downright insulting to signal to our ally, "We don't actually think that you're up to snuff to be citizens." So we slowly crack the door open to Chinese immigration.

Q: How did President Ronald Reagan deal with immigration?

A: The last major, truly ambitious reworking of American immigration laws comes under Reagan, and he basically creates a path to citizenship for all these people. He creates amnesty.

I'd argue the next pass at this, under [President] Bill Clinton, is at least as transformative. In the moment it wasn't considered as ambitious as what Reagan did, but Clinton is the one who really creates this sort of perpetual state of illegal immigration crisis, because he both narrows the pathways to citizenship and increases the reasons to deport people.

A: I feel like [people in the Trump administration] know this history in a way that Democrats don't. They will talk about the 1920s and they'll talk about 1965. They understand that there's almost a dial that you can turn on American immigration. Sometimes [we] allow a lot of people in. Sometimes we don't. And they of course want to turn the dial back toward more restriction.

The Democrats—I'm hard-pressed to know what their plan is. They talk a lot about a nation of immigrants, and they celebrate this gauzy mythology, but unless they're advocating open borders, I'm not clear on what their preferences are for who comes in and who doesn't.

Jia Lynn Yang on the Immigration Law that Changed America

This interview has been condensed and edited for style and clarity. For a podcast version, subscribe to The Reason Interview With Nick Gillespie.