Exactly one year ago, Biden gave a clear and direct answer to this question. Tonight, he completely fumbled his response. 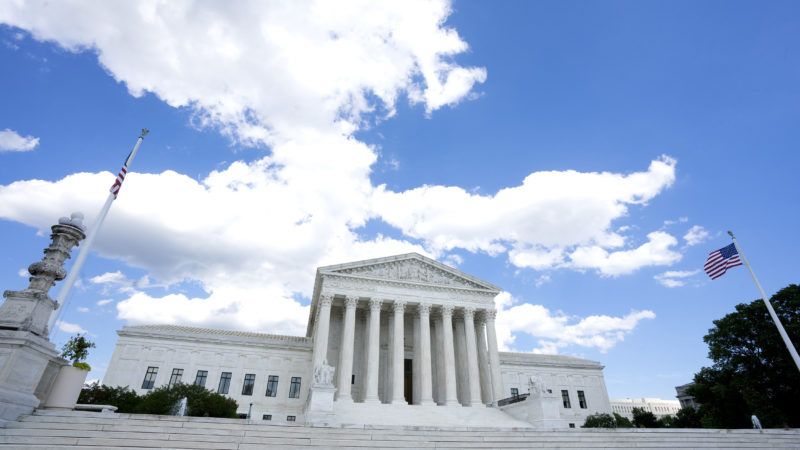 Exactly one year ago, former Vice President Joe Biden stood on stage with 11 other presidential hopefuls and got asked a direct question about whether he would "seek to add justices to the Supreme Court."

Biden's answer was clear: "I would not get into court packing," he said. "We had three justices. Next time around, we lose control, they add three justices. We begin to lose any credibility the Court has at all."

On Thursday night, Biden was the only candidate on stage at the National Constitution Center in Philadelphia—he and President Donald Trump had dueling town hall events in lieu of a second presidential debate. And he was, once again, asked about whether he'd support an attempt to add justices to the Supreme Court in light of Republican efforts to confirm Judge Amy Coney Barrett to the Court prior to this year's election.

The version of Biden who was once clear-eyed about the dangers of expanding the Supreme Court has recently become much foggier on the topic, and ABC's George Stephanopoulos gave Biden a chance to set the record straight. The former vice president declined to take it.

"I have not been a fan of court packing," Biden said, before repeating his concerns about every subsequent president trying to add more and more justices.

"So you're still not a fan," Stephanopoulos pressed.

"Well, I'm still not a fan," Biden hedged. "I didn't say—it depends on how this turns out."

Stephanopoulos, to his credit, did not let Biden off the hook. "What does that mean?" he pressed. "Right now it looks like they are going to have a vote around Halloween. So if they vote on it before the election, then you are open to expanding the court?"

That question elicited the response that best sums up Biden's slippery stance on the whole matter.

"I'm open to considering what happens from that point on," he said.

Which means…well, your guess is as good as mine.

.@GStephanopoulos on court packing: "Don't voters have a right to know where you stand?"

Biden: Voters will know "before they vote."

GS: "So you'll come out with a clear position before Election Day?"

Biden: "Yes, depending on how [GOP] handle this." https://t.co/JEyTOkB6qk pic.twitter.com/RHnfjixsHU

As Reason's Jacob Sullum noted earlier this week, Biden's sudden reticence to criticize court packing is an alarming development. The former vice president has a long track record of shunning the idea—and for good reason, since it remains pretty unpopular with voters more than eight decades after President Franklin Delano Roosevelt last pushed it. If Biden has changed his opinion on this topic, voters deserve to know. If he hasn't, why can't he just say so?

It's pretty obvious that Biden is making a calculated political maneuver here. If he comes out in favor of court packing, he risks handing Republicans a new campaign issue at a time when he's just trying to run out the clock with a significant lead in the polls. If he says he's against court packing, he trades away leverage that he could use after he's elected. But refusing to commit one way or the other is disrespectful to the people whose support Biden is seeking.

"Don't voters have a right to know?" Stephanopoulos asked near the end of the exchange on Thursday night.

That's not good enough. Lots of people are already voting. This isn't a new issue, and Biden should have been able to provide a clear and direct answer by now.