Welcome to the New World Civilization

Even as specific states or regions rise and fade in prominence, their inhabitants continue to enjoy the benefits of their civilization's cumulative experience and knowledge.

Virginia Postrel | From the November 2020 issue 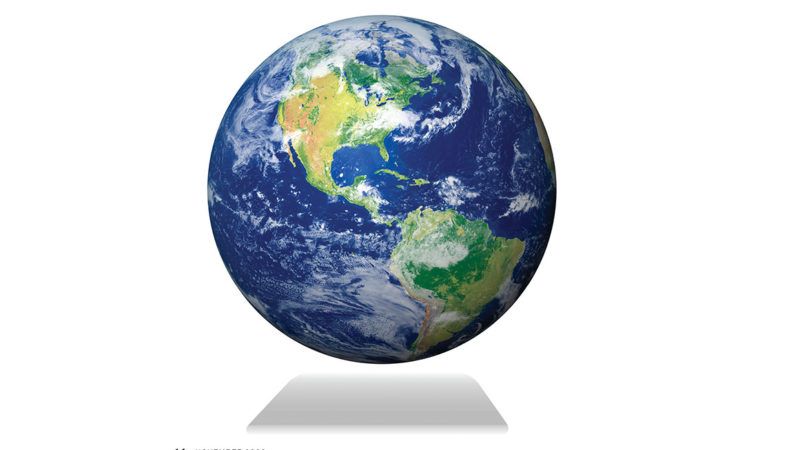 Something extraordinary happened over the last few decades. For the first time in human history, a single global civilization emerged.

"We are witnessing a cultural shift of world-historic proportions," I wrote in an essay for Reason's 20th anniversary. "East and West are fusing in the most momentous combination of powerful civilizations since Hellenism collided with the Middle East—leaving Christianity in its wake."

It was 1988, the last full year of Ronald Reagan's presidency and, we did not yet realize, of the Berlin Wall. The Soviet Union still existed. The internet as we know it—the World Wide Web, with its hyperlinks and browsers—did not. China was liberalizing but still awaited the economic reforms that would transform it into a global powerhouse and allow it to gain entry into the World Trade Organization.

Unanticipated in my Reason essay, the end of the Cold War, the rise of the internet, and China's increased openness secured its most sweeping and accurate prediction: "Western civilization is disappearing, or, more accurately, being folded into a new world civilization." The change wasn't a loss but a gain.

Its fruits show up in everything from scientific articles written in English for a global audience to the worldwide spread of hip-hop and K-pop, emojis and Disney, yoga and meditation. You can buy its nonmetaphorical fruits in your supermarket. Americans didn't eat mangos, spicy tuna rolls, or sriracha sauce when I was growing up. And you didn't find Colonel Sanders serving southern fried chicken in Hangzhou.

We barely realize what has happened, settling for the less-than-precise term globalization. But you can have global trade or conquest or diplomatic relations without forging a global civilization. In her recent book The Year 1000, historian Valerie Hansen argues that globalization started around 1000 A.D. You could date it from the European discovery of the Americas. It certainly began long before the 1990s. World civilization is something more consequential—and entirely new.

The term civilization is slippery and often fraught with moralism: "civilization vs. barbarism," "uncivilized behavior." What I'm talking about is something more neutral yet absolutely essential. In his 1934 tome Judaism as a Civilization, Mordecai Kaplan offered a good definition: "the accumulation of knowledge, skills, tools, arts, literatures, laws, religions and philosophies which stands between man and external nature, and which serves as a bulwark against the hostility of forces that would otherwise destroy him."

Kaplan's description captures two critical dimensions that together distinguish civilization from related concepts, such as culture.

First, civilization is cumulative. It exists in time, with today's version built on previous ones. A civilization ceases to exist when that continuity is broken. The Minoan, Sogdian, and Incan civilizations disappeared. Conversely, a civilization may evolve over a long stretch of history while the cultures that make it up pass away or change irrevocably. The Western Europe of 1980 was radically different in its social mores, religious practices, material culture, political organization, technological resources, and scientific understanding from the Christendom of 1480, yet we recognize both as Western civilization. Mao's Communism did not eradicate Chinese civilization, although it sometimes tried.

Second, civilization is a survival technology. It comprises the many artifacts—designed and evolved, tangible and intangible—that stand between vulnerable human beings and natural threats, and that invest the world with meaning. These artifacts range from textiles to tractors, accounting systems to surgical procedures. They encompass rituals and fashions, libraries and universities, housing designs and manufacturing practices. They include the stories we tell about ourselves and the media with which we tell them.

Along with the perils and discomforts of indifferent nature, civilization protects us from the dangers posed by other humans. Ideally, it allows us to live in harmony. Eighteenth-century thinkers used the term to refer to the intellectual and artistic refinement, sociability, and peaceful interactions of the commercial city. Their concept of civilization was a liberal ideal. But rare is the civilization that exists without organized violence. At best, a civilization encourages cooperation, curbing humanity's violent urges; at worst, it unleashes them to conquer, pillage, and enslave.

A civilization often incorporates multiple cultures, nations, and states, all contributing to its shared heritage and at times jockeying for dominance. Europe's religious wars took place within the same civilization. Chinese civilization includes the Warring States period. Regimes may come and go while the civilization endures. One century's leading power may not be the previous century's or the next's. But even as specific states or regions rise and fade in prominence, their inhabitants continue to enjoy the benefits of their civilization's cumulative experience and knowledge.

What distinguishes a global civilization from mere globalization—or from the lopsided exchanges of conquest and colonialism—is the depth and range of resources an individual inhabitant can partake in. A civilization is a communal project, constructed mostly without direction or plan. The more people who contribute, the stronger it can be. The fewer formal barriers to shared knowledge and experiences, the more resilient and cohesive the results.

A mere generation old, our global civilization is now endangered. COVID-19 has demonstrated its value, as scientists worldwide collaborate and share data. But the pandemic has also broken previous bonds. International students are stranded in their home countries, unable to return to school. Supply chains are broken. Would-be tourists are settling for staycations.

Business travel has plummeted, and video chat can only go so far in establishing trust and sharing tacit knowledge—the hard-to-articulate know-how that requires imitation and feedback. In an August article published in Nature Human Behavior, Michele Coscia, Frank M.H. Neffke, and Ricardo Hausmann analyze corporate credit card data to track international business travel as a source of economic improvements. It is, they find, more important than trade, foreign direct investment, or migration. A complete shutdown, they estimate, would shrink global output by 17 percent.

The reason, explains Hausmann in a Project Syndicate essay, is know-how. "To run a firm, you need not only information, but also the capacity to figure things out," he writes, noting that "one of the advantages of multinational corporations and global consulting, accounting, and law firms is that they can move that capacity to different points in their network." They do that by putting people on planes.

As if the pandemic weren't enough of a threat, Chinese President Xi Jinping is increasingly hostile to the outside world—and U.S. politicians are increasingly hostile not merely to the Chinese government but to its citizens. At a private dinner for CEOs in 2018, President Donald Trump reportedly suggested that most Chinese students in the U.S.—more than 350,000 in 2019—are spies. The Politico report's source may have exaggerated Trump's statement, but the suspicion is widespread, particularly on the right.

In May, Republican Sens. Tom Cotton of Arkansas and Marsha Blackburn of Tennessee introduced a bill to ban all U.S. visas for Chinese nationals seeking graduate or postgraduate study in technical fields. The draconian proposal assumes that knowledge is a fixed quantity that American professors pour into Chinese heads, allowing these foreign plants to abscond with it. But graduate students also create knowledge, many of them stay here after getting their degrees, and even those who return home continue to collaborate across borders. They contribute to our shared civilization.

The Trump administration's drive to ban WeChat similarly threatens to sever international bonds. People in China rely on the multifunctional app to communicate, make purchases, and generally manage their lives. Friends, relatives, business contacts, and tourist destinations abroad use it to keep in touch with them. About 19 million U.S. residents use it every day. Although not free of Chinese government control, it is an essential form of international communication. China itself has banned most other forms, including Facebook and WhatsApp. Chinese people tend not to check their email, observes Technology Review's Karen Hao, and "emails often mysteriously disappear while transmitting across borders."

A U.S. ban on WeChat, writes Hao, the daughter of a Chinese immigrant, "would be the weakening or severing of hundreds of millions, maybe billions, of connections—a loss undeniable albeit difficult to quantify." Bloomberg Opinion's Adam Minter fears the effect on tourism, which has brought individuals in the two countries closer even as their governments fought. Restricting WeChat, he writes, "isn't the only reason, but it is another blunt reminder to Chinese people that they're not as welcome in the U.S. as they used to be." And China's increasingly repressive policies discourage Americans, myself among them, from returning to visit that country.

Of course, neither the U.S. nor China is the only potential source of common experiences and valuable ideas. Their people aren't the only ones contributing to global civilization—or aspiring to influence its direction. The more those two nations seek to isolate themselves, the more they risk fading in prominence. The ties of civilization often prove stronger than the divisions between individual nations.

Virginia Postrel is a columnist for Bloomberg Opinion. Her new book, The Fabric of Civilization: How Textiles Made the World (Basic Books) will be published in November.