A Group of Scientists Wants To Reopen Society. Here's What Everyone Is Getting Wrong About What They Said.

The Great Barrington Declaration asks how much collateral damage is too much. 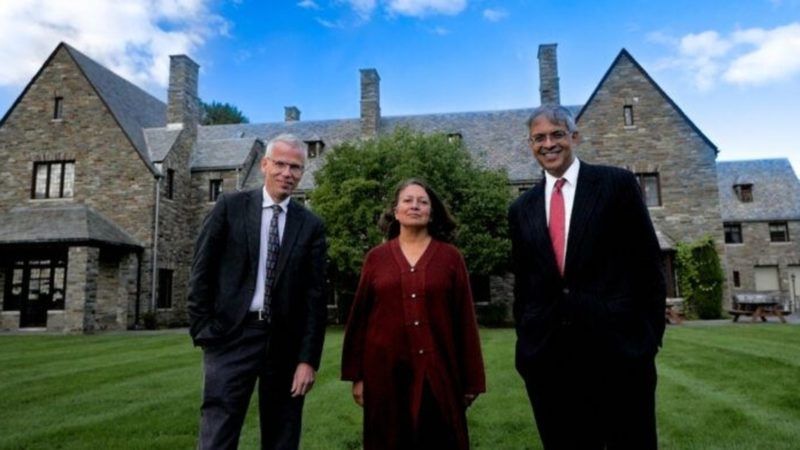 A trio of epidemiologists released a public letter last week rebuking the lockdown-focused approach to combating COVID-19. Their alternative: a model called Focused Protection, outlined in their Great Barrington Declaration, which would reopen society and allow young people to live their lives normally while implementing safeguards for the elderly.

Reactions were predictably polarized, as coronavirus proposals have tended to be. It's been hailed as the "best advice" and condemned as "grotesque." So who's right?

It's true that the coronavirus lockdowns have precipitated a slew of indirect harms. A July study in The Lancet concluded that the United Kingdom should expect "substantial increases in the number of avoidable cancer deaths" because "cancer screening has been suspended, routine diagnostic work deferred, and only urgent symptomatic cases prioritised for diagnostic intervention." A recent Oxfam report posits that 12,000 people could die from starvation per day as a direct result of supply chain interruptions caused by COVID-19 lockdowns. Researchers have also noted an "alarming decline" in child vaccination rates "due to disruptions in the delivery and uptake of immunization services caused by the COVID-19 pandemic," according to both the World Health Organization (WHO) and the United Nations Children's Fund (UNICEF). Mental health problems appear to be rising.

Though lockdowns were expected to have costs, we wouldn't want those to outweigh the benefits. Such is the notion at the heart of the Great Barrington Declaration, and it's a sensible one. They propose another way forward: "The most compassionate approach that balances the risks and benefits of reaching herd immunity, is to allow those who are at minimal risk of death to live their lives normally to build up immunity to the virus through natural infection, while better protecting those who are at highest risk."

Unfortunately, the group's suggestions for how to proceed toward that goal are somewhat murky.

Consider one of the declaration's fundamental claims. "We know that all populations will eventually reach herd immunity—i.e.  the point at which the rate of new infections is stable—and that this can be assisted by (but is not dependent upon) a vaccine," it says. "Our goal should therefore be to minimize mortality and social harm until we reach herd immunity." Though it is possible to achieve herd immunity via mass infection, one would be hard-pressed to come up with a major infectious disease that reached lasting herd immunity without vaccination. That includes measles, mumps, rubella, smallpox, polio, and pertussis, all of which were brought under control (or eradicated, in the case of smallpox) only with a vaccine.

Bhattacharya calls the herd immunity focus, and the ensuing backlash, a red herring. "The current 'lockdown-until-a-vaccine' strategy itself is also a herd immunity strategy in the same sense, because essentially, you're saying, 'Let's wait until we have a vaccine and that will then induce the population immunity that we want for safe activity," he tells Reason. "The problem with the current strategy is it is absolutely deadly to the people who don't face very much risk from COVID-19."

Some critics, such as Yale epidemiologist Gregg Gonsalves, have suggested that the declaration seeks to "cull the herd of the sick and disabled." Bhattacharya especially pushes back on that: "The goal is to minimize death," he says. "If you want to minimize deaths, you need to account for the deaths that come from the lockdowns as well as from COVID itself. The critics focus only on COVID deaths and ignore the deaths of the lockdowns. That's unconscionable."

So how would they allow the young to continue life as normal while protecting the elderly? The declaration is a bit thin on details. "A comprehensive and detailed list of measures," the scientists write, "including approaches to multi-generational households, can be implemented, and is well within the scope and capability of public health professionals."

That detailed list doesn't materialize in the letter itself. Over the course of our conversation, Bhattacharya mentions the possibility of quarantining the elderly and the vulnerable in hotels if they live with younger household members, though just how feasible that would be remains unclear. Are masks part of the solution, I ask? "Depends on the setting," he says, mentioning hospitals as a place where they should be used. What about social distancing? A refrain: "In some settings, yes. In some settings, it's not possible."

Schools are typically classified as one of those impossible settings. "Schools closing because you can't stay six feet apart is criminal," he says. "The harm from closing schools is so high." Those closures have adversely impacted poor families who have fewer resources for child care and often little ability to work remotely. Adolescent mental health has suffered. And American schools that have reopened have yet to see major case outbreaks, perhaps because of lower COVID-19 transmission rates among children and the decreased likelihood that they will develop the disease.

Part of Bhattacharya's resistance to diving deeper with me seems to be rooted in a resentment toward the one-size-fits-all model we've seen over the last seven months. Fair enough. But the alternative still hasn't been ironed out. "We're talking about an infinity of settings, right?" he asks me.

The plan also does not appear to include countermeasures implemented on a wide scale. A robust, cheap testing program, for instance, has often been touted as a possible way out of freedom-impinging lockdowns, with its potential to zero in on positive cases before someone becomes a super-spreader. Not so under the declaration. According to Bhattacharya, such measures should actually be directed away from society at large. "All that Focused Protection is is to divert those resources—testing resources, masks, non-pharmaceutical interventions, the therapies—to the service of protecting the vulnerable," he says.

Bhattacharya did hone in on at least one thing that most everyone will be able to agree on: the politicization of COVID-19. "Masks [have become] a political debate," he says, "where one side looks at you and says, 'Oh, you're wearing a mask. Therefore you're too scared and you don't value individual freedom.'" Meanwhile, the other side "looks at you and says, 'You're not wearing a mask. You just hate other people because you're trying to kill them.'"

That mutual animus extends far beyond masks, and it helps explain the mixture of vigorous support and vigorous pushback that Bhattacharya and his colleagues received for their declaration. The proposal isn't perfect, and it certainly has some gaps to fill. But it asks an important question: How much collateral damage is too much?