The grants and loans Congress has approved for the airline industry aren't about saving jobs. 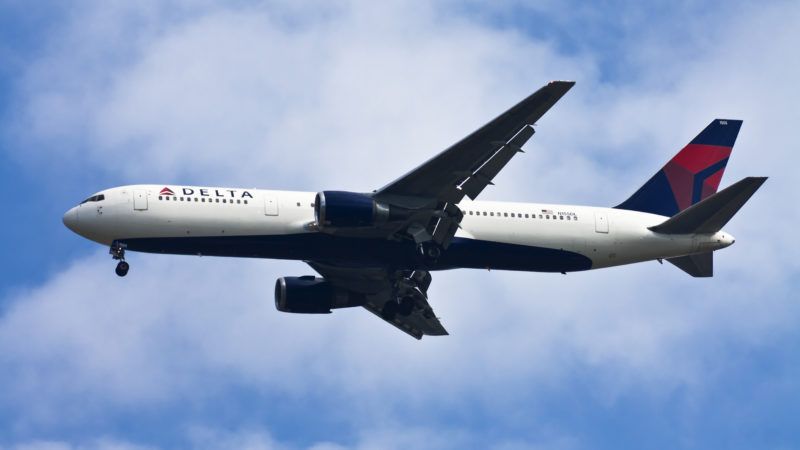 Regal Cinemas announced recently that it will temporarily close all 536 of its U.S. locations as the COVID-19 pandemic rages on and continues to keep customers away. This move will affect approximately 40,000 employees across the country. And yet, nobody in Congress is talking about a bailout for Regal.

Now compare that with the airline industry.

Congress passed a $50 billion bailout for the airlines in April of this year, with $25 billion in subsidized loans and $25 billion meant to keep most airline workers employed until the end of September. As predicted, since consumers weren't ready to fly yet, this taxpayer-funded Band-Aid only postponed the inevitable. American Airlines and United Airlines just furloughed 32,000 employees. Yet, in this case, most legislators—from House Speaker Nancy Pelosi (D–Calif.) to a large number of Senate Republicans to President Donald Trump—want to bail out the industry.

We're told that a new injection of taxpayers' money is about saving airline jobs. But it's hard to believe that this is really what it's all about. As mentioned above, nobody is talking about bailing out Regal to save its workers. Moreover, as my colleague Gary Leff and I show in new research published by the Mercatus Center at George Mason University, the math doesn't add up to support the arguments that a second airline bailout is about the workers. If the bailout were truly to support upwards of 35,000 airline employees for six months, assuming roughly $50,000 per worker paid out over that period (i.e., $100,000 annually), the bailout would only be around $1.7 billion, not the $25 billion package that Congress is talking about. What's more, if the bailout is indeed another $25 billion for 35,000 jobs, that would cost taxpayers $715,000 per job saved—for only six months.

Bolstering the claim that this isn't about protecting jobs, much of the payroll support would give money to airlines that aren't furloughing workers to begin with. These points should put an end to the argument that the bailout is to prevent furloughs. But it doesn't. Airline representatives have argued that the bailout would not only be beneficial to freshly furloughed workers but also protect against the termination of workers currently on leave. Don't buy it.

First, there's no indication that airlines plan to furlough those workers. If they did, they would have had to notify them 60 days in advance of the furloughs, which they have not. Second, if the concern is that airlines might make additional, yet-to-be-announced furloughs, then that's an even bigger argument against payroll support. It suggests that the industry isn't expecting to do better anytime soon if they feel the need to furlough the on-leave workers who aren't costing them a dime.

As I said, saving jobs isn't the primary reason for this bailout. It never is.

It's also worth noting that some companies are taking a different approach to retaining their employees. For instance, Southwest is asking its labor unions to accept pay cuts to prevent furloughs and layoffs through the end of next year. Others, such as Singapore Airlines, have done the same. Airlines also have access to capital markets and have many durable assets that they can sell or use as collateral to secure additional financing, even during a crisis. And even without selling these lucrative assets, airlines can also turn to their co-brand credit-card-issuing partners for liquidity like they have during past financial challenges.

Sadly, as long as demand for air travel remains so deflated, there's no way to avoid airlines restructuring and slimming down their payroll. Subsidies provided through the cover of payroll programs aren't necessary to protect an industry that could restructure through bankruptcy. Airline bankruptcies aren't the equivalent of an airline collapse. They can continue to fly safely during the process where a judge imposes a stay on creditors' claims and gives the airlines breathing room until consumers are ready to come back.
Importantly, the bankruptcy process is fair. It shifts the cost of this crisis onto those airline investors who make good returns during good times and should shoulder the decreased value of their investments, instead of taxpayers. Without a bailout, airlines won't just be flying the friendly sky, but the fairer sky—for all taxpayers, including Regal employees.