Third Parties: Barred From the Debates, Impacting Polls Only Marginally

While establishmentarians continue to push two-party conformity, there remains little evidence that other parties are having any sort of "spoiler" effect. 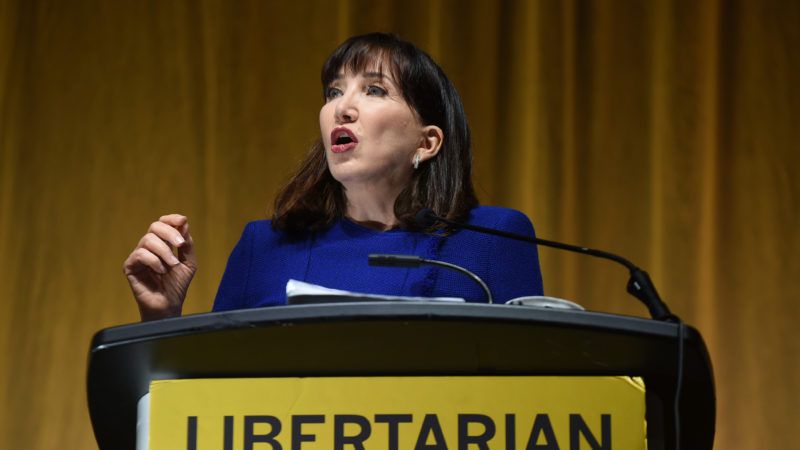 It's late September in a presidential election year, just prior to the first debate, so that can mean only one thing: Any sign of third-party life must be extinguished, with prejudice.

"Green Party candidates in 2000 and 2016 fundamentally changed the course of the 21st century," celebrity historian Douglas Brinkley warned the Associated Press, disregarding the work of serious journalists who have concluded the contrary from last cycle's numbers. "Trump has a terrible electoral map right now. The math is leaning against him. A vital third-party candidate would likely help him tremendously."

Luckily for the two-party enforcement squad, support for third parties in 2020 shows every sign of being drastically reduced. But is there polling evidence for the notion that the remaining nonconformists could, in Collins' words, "screw things up for the person most voters would actually prefer in the real world"?

Not really, no. Over the past month, I count just nine polls that have asked the same set of respondents who they'd vote for with and without third-party and independent options. In three of those polls, the margin between Democratic nominee Joe Biden and Republican incumbent Donald Trump has remained the same. In four others, the margin changes by 1 lone percentage point (three pro-Biden, one pro-Trump). In one Kentucky survey, the inclusion of third parties extends Trump's lead by 2 percentage points, and in one national poll, they decrease Biden's advantage by 4.

Nine is a small number of polls, and the support for the Libertarian Party's Jo Jorgensen and the Green Party's Howie Hawkins is often lower than the margin of error, so one shouldn't extrapolate overmuch from these results. But there are other ways of thinking about the question.

Third-party vote tallies after election day almost always undershoot preelection polls, by around one-third in normal years. There is ample reason to suspect that 2020 for third parties will resemble more the wipeout of the 2018 midterms rather than a typical cycle. With Jorgensen averaging around 2.8 percent nationally and Hawkins 1.3, that already small number of voters could still shrink further in a hurry.

Ah, but where will they go? This is how the above poll results can mislead. Late-deciding voters in 2016, like independents, disproportionately took a flyer on the outsider real estate mogul. As the Washington Post observed at the time, "The number of undecided and third-party-supporting voters who were still free agents in the final week was as many as 1 in 8 voters nationally—an uncharacteristically high number for the eve of an election."

This year the number of undecideds is uncharacteristically low. As Ohio Northern University political scientist Robert Alexander recently told The Bulwark, "A number of polls in 2016 found that 13-15% were going into the last days of the election undecided or considering a third party. You just don't see that this time around."

Independents this time around prefer Biden by double digits. Voters who went third-party in 2016 are backing the Democrat this year by even greater margins. Barring unforeseen circumstances in a race that has been unusually stable, it is hard to imagine that the combined 10 percent or so of current third-party and undecided voters will defect in large numbers at the last minute to the now-known incumbent.

The political air is thicker than ever with catastrophic claims that this election, damn it, will determine whether the republic can last, and so it doesn't matter whether you even think that you live in a state whose presidential outcome is foreknown. Against that backdrop, here's a thought for the Douglas Brinkleys and Gail Collinses of the world: Maybe the people who encounter your arguments 24 hours a day and still decide to vote Libertarian or Green are just…not Democrats or Republicans. Maybe the two parties need to do more than exist to earn votes.