Don't Sell Weapons to the UAE

Selling weapons to the UAE would stamp brutality and extremism abroad with American approval. 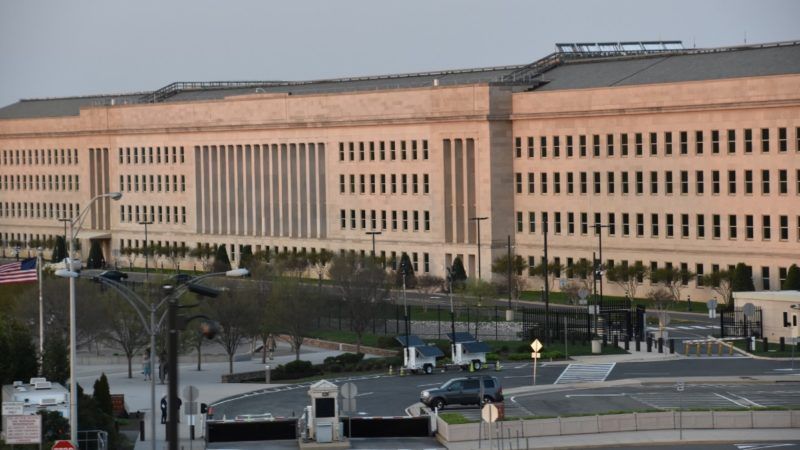 The proposed sale of F-35 stealth fighter jets and other weaponry to the United Arab Emirates has mainly drawn scrutiny for its potential effects on the new U.S.-brokered deal normalizing relations between the UAE and Israel. "We have a clear policy about maintaining our advantage and will protest any weaponry that might damage that advantage," said Eli Cohen, Israel's intelligence minister, shortly before the agreement was signed.

Cohen's comments fueled fears of a Middle Eastern arms race should the sale go through. That possibility is troubling, but there's a more immediate consequence to consider: The UAE is part of the U.S.-enabled, Saudi-led coalition intervening in Yemen's civil war—and that coalition is responsible for the worst man-made humanitarian disaster in the world. Selling not merely arms but a whole weapons platform (with its implicit promise of additional future sales) to the UAE is a mistake. It does not contribute to U.S. security, and it risks further implicating our government in indefensible carelessness about civilian casualties.

Legal scholars already warn that Washington's support for the Yemen intervention, which began during former President Barack Obama's administration and has continued under President Donald Trump over broad congressional objection, could put U.S. officials at risk of war crime prosecution. The likelihood may seem low as the United States is not a party to the International Criminal Court (ICC), and the Trump administration has said it considers the ICC to have "no jurisdiction, no legitimacy, and no authority" where America is concerned. Still, as The New York Times reported, "some State Department officials who shepherd arms sales overseas are worried enough to consider retaining their own legal counsel and have discussed the possibility of being arrested while vacationing abroad."

Though both the Obama and Trump administrations took some measures to mitigate harm to civilians, neither ended U.S. facilitation of coalition attacks, and Trump's secretary of state, Mike Pompeo, resumed weapons sales to the UAE and Saudi Arabia after Congress blocked them for two years. Pompeo was able to bypass the congressional suspension with an emergency. Though subsequent internal review determined this move was legal, it found Pompeo's State Department "did not fully assess risks and implement mitigation measures to reduce civilian casualties." The declaration was also supposed to be a "one-time event," in Pompeo's words. A second emergency declaration to push through this UAE sale would make that a lie.

Most of the attention to the crisis in Yemen and the United States' role therein has centered on the Saudi regime, whose air campaign has been responsible for high-profile airstrikes on civilian targets, like the school bus bombing (an attack conducted, incidentally, with an American bomb). But the "UAE served as the backbone of the coalition's ground war in Yemen and was involved with allied Yemeni militias in running a series of secret torture facilities there," notes the Center for International Policy's William D. Hartung at The Washington Post. "It continues to arm, train, and pay the salaries of militias that have engaged in systematic human rights abuses." Selling weapons to the UAE would again stamp all that brutality and extremism with American approval in contravention of everything the United States is supposed to represent.

But we do not have to make this sale. Like Saudi Arabia, the UAE is not a treaty ally of the United States. Its regime is oppressive at home and commits war crimes abroad. We do not owe the Emirati government this sale, nor does it make sense from any strategic or humanitarian perspective.

It will not make the United States safer, and it can only exacerbate the crisis in Yemen. It might even aid the Iran-linked Yemeni rebels Washington opposes, as past weapons transfers to the UAE have landed in the hands of extremist groups—those very rebels included. Though ostensibly a way to smooth the negotiating process, this sale could ultimately undermine the UAE-Israel deal while causing alarm among other regional powers, like Qatar. Arms race fears may prove justified, but even if they don't, arming the UAE is no step toward peace.