Plus: Child mortality has dropped sharply, progressives have retro ideas about sex, farmers get $14 billion, and more... 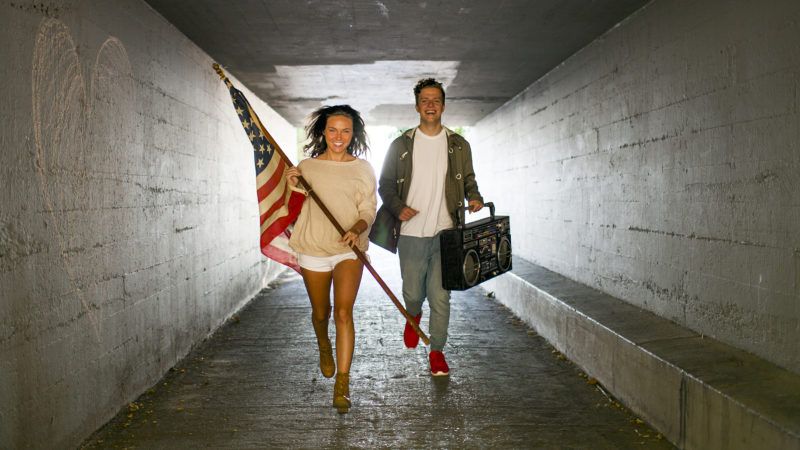 The federal government shouldn't dictate what local schools across the country teach—and in the past, conservatives have rightly denounced the idea that it should. Here, for instance, is Phyllis Schlafly in 2014 railing against Obama-era Common Core standards, which Schlafly saw as an "attempt to compel all U.S. children to be taught the same material and not taught other things parents might think important." Yet like so many other conservative principles, this one seems to have fallen by the wayside in the Trump era. Now, President Donald Trump is announcing plans for (yet another!) executive order, this one to create a "patriotic education" curriculum for U.S. public schools.

"Today I'm also pleased to announce that I will soon sign an executive order establishing a national commission to promote patriotic education," Trump said Thursday in a speech at the National Archives Museum. "It will be called the 1776 Commission."

Rep. Justin Amash (L–Mich.) has the right idea about this:

Keep the federal government out. My family doesn't need or want this president or any president telling our kids' schools what to teach. https://t.co/JAqOkjTwKA

Not only is Trump's plan an attempt to impose curriculum on local school districts across the country with merely the president's pen and phone, but that curriculum sounds like the sort of propaganda we've come to expect from authoritarian regimes.

If Trump's announcement speech is any indication, the kind of "patriotism" the president has in mind comes with a hefty dose of MAGA rhetoric about the "anti-American" left trying to indoctrinate small children with "Marxist doctrine holding that America is a wicked and racist nation."

"It is so urgent that we finally restore patriotic education to our schools," Trump continued. "Under our leadership, the National Endowment for the Humanities has awarded a grant to support the development of a pro-American curriculum that celebrates the truth about our nation's great history."

The curriculum "will encourage our educators to teach our children about the miracle of American history and make plans to honor the 250th anniversary of our founding," he added.

There's of course nothing wrong with honoring America's roots and teaching children about all the beautiful and positive things in American history. (And we currently do just that!) There's also nothing wrong with teaching the children the truth about all the ugliness in American history too. A good education should—in age-appropriate ways—encompass both.

Many schools fall short of this ideal at present. One way to ensure that gets even worse is to have whoever is in power in Washington—be that Trump, or Joe Biden, or some future unknown leader—setting an American history curriculum for every single student in every public school district across the country. Whoever is in charge, that's a recipe for a biased and propagandistic version of history.

It's not the President's business if local schools have bad curricula.

Can individual states, cities, or school districts do much better? Some will, some won't—but the beauty of a decentralized system is that 1) it's easier for parents and teachers to change the bad parts of a local curriculum than it is a national one, and 2) it leaves room for parents to pull their children out of schools that don't do well at this, or at something else, and enroll them a school that does better.

Ultimately, the best antidote for politicized lessons and public-school propaganda is school choice. When parents can choose between a range of local education options—traditional public schools, traditional private schools, charter schools, online schools, small-group-based "education pods," homeschooling, etc.—we leave fewer kids trapped in schools whose values don't align with their families and communities—and less room for whoever is in the White House to try to set everyone's lessons from on high.

A reminder that the world is still getting better in some ways:

The new child mortality data is out.
It remains one of the largest global problems, but the world continued to make rapid progress against child deaths.

DO YOU SEE WHAT HAPPENS WHEN YOU SHUT DOWN* THE BARS

THIS IS WHAT HAPPENS

THIS IS WHAT HAPPENS https://t.co/LObwVKYQBv

CONFIRMED -- USDA is set to announce up to $14B in new direct aid to farmers, accdg to a person familiar with the matter.

POTUS will likely announce this new program tonight in Wisconsin - a key swing state where farming and dairy make up a quarter of the economy.

I really enjoyed the conversation and between these two smart oddballs and would definitely listen to more. Cowen-Yglesias podcast now! https://t.co/FtCmBAH2Pr

MY OLD POSITION: Some of the therapeutic "alternatives to police" that I've heard people suggesting could become a sort of soft policing.
MY NEW POSITION: Maybe not so soft. https://t.co/QltZMwZAHY