How local governments bully your favorite local shops and services. 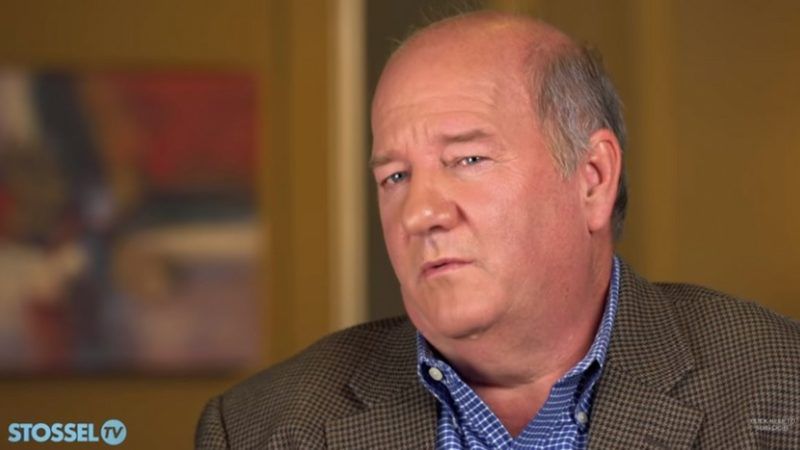 Politicians shut down businesses because of COVID-19.

But the rules don't apply to everyone.

In my new video, we see a Dallas woman being jailed for keeping her salon open and a New Jersey man getting arrested after working out indoors.

Ordinary people who break the rules get punished.

But not House Speaker Nancy Pelosi.

Now, politicians have allowed more businesses to open. Dallas relaxed its rules for most businesses a few months ago.

But not for Dale Davenport's car wash. Dallas won't allow Dale to reopen because, shortly before the epidemic, they decreed his car wash a "hub for drug sales and crime."

His car wash is indeed in the middle of a high-crime neighborhood, and many cities have laws that let them close a business if the owners conceal crime.

But Davenport didn't do that. When he saw crime, he called 911. Dallas politicians then used his 911 calls against him, saying his frantic phone calls were evidence his business was a "public nuisance."

"This is absolutely crazy," complains Davenport.

Still, Davenport "bent over backwards" to do almost everything the politicians asked him to do.

That still wasn't enough. The city came in and closed his business, anyway. "They murdered my business," says Davenport.

Closing it didn't reduce crime. Crime in the neighborhood stayed about the same.

But the community lost a center. For 20 years, people drove to Dale's car wash, and then visited other local businesses while their cars were washed.

"The businesses next to my car wash, their business is down 40-50%," says Davenport.

Why did politicians go after just one business that was well lit and where the owner did most of what the politicians requested?

Davenport suspects the politicians shut him down because he won't give money to their friends. The city told him to hire armed guards, but when he hired them, he says he was told, "You've hired the wrong guard company." He hadn't hired a guard company owned by a city councilman.

Could it be that corrupt Dallas politicians want the money for themselves?

"This is extortion," says Davenport.

We contacted all 14 city council members. Not one agreed to an interview.

Dallas has a rich history of political corruption. The guard company Davenport says the city wanted him to hire was owned by former councilman James Fantroy. In 2008, Fantroy went to prison for stealing $20,000 from a college.

Former Dallas city council members Dwaine Caraway, Paul Fielding and Don Hill were all jailed after being convicted of bribery or extortion.

Instead of paying car wash employees, Davenport now spends his money on lawyers, hoping to fight city hall. "This is wrong," says Davenport. "This is tyranny."

It's bad enough when politicians kill businesses with COVID-19 shutdowns. It's worse if they kill a business because the owner won't give money to their friends.