The allegations are horrific and, as of now, otherwise unsubstantiated, but if true they would not be without precedent. 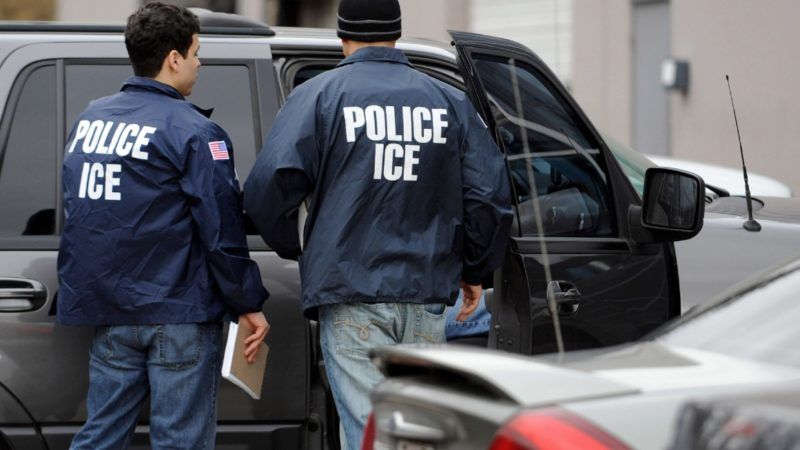 Several immigrant detainees and a former nurse at an Immigrations and Customs Enforcement (ICE) facility in Georgia say detainees there are subjected to medical neglect, filthy conditions, inadequate protections against COVID-19, and a disturbingly high rate of hysterectomies performed by a doctor the nurse called the "uterus collector."

In complaint filed Monday to the Department of Homeland Security Inspector General on behalf of the detainees and the nurse, several social justice advocacy and whistleblower protection groups say interviews revealed "jarring medical neglect," shredded and fabricated medical records, and "red flags regarding the rate at which hysterectomies are performed on immigrant women" at the Irwin County Detention Center in in Ocilla, Georgia. The claims in the complaint have not yet been substantiated.

"When I met all these women who had had surgeries, I thought this was like an experimental concentration camp," Dawn Wooten, a nurse at the Irwin County Detention Center until this July, says in the complaint. "It was like they're experimenting with our bodies."

Wooten said the suspicious hysterectomies, a surgical procedure to remove the uterus, were all linked to one doctor in particular.

"Everybody he sees has a hysterectomy—just about everybody. He's even taken out the wrong ovary on a young lady," Wooten said. "She was supposed to get her left ovary removed because it had a cyst on the left ovary; he took out the right one. She was upset. She had to go back to take out the left and she wound up with a total hysterectomy."

Wooten and several detainees also told Project South that language barriers may have left women confused or misled about the procedures.

"These immigrant women, I don't think they really, totally, all the way understand this is what's going to happen depending on who explains it to them," Wooten said.

In response to the complaint, ICE said in a press statement that it "takes all allegations seriously and defers to the OIG regarding any potential investigation and/or results. That said, in general, anonymous, unproven allegations, made without any fact-checkable specifics, should be treated with the appropriate skepticism they deserve."

If true, the allegations about the facility would not be without precedent.

Earlier this year, Reason reported on medical neglect at FCI Aliceville, a federal women's prison in Alabama. One formerly incarcerated woman said officials and doctors tried to pressure her into having her one remaining ovary removed. After she refused, she said she was retaliated against by staff.

In Tennessee last year, three inmates won a civil rights lawsuit against a judge who offered defendants reduced sentences in exchange for getting vasectomies or birth control implants.

In 2013, the Center for Investigative Reporting revealed that doctors in California performed tubal ligations on nearly 150 female inmates without proper state authorization. Several former inmates said they were pressured to consent to the surgery, including while sedated and strapped to a surgical table.

The state paid doctors $150,000 for each surgery. "Over a 10-year period, that isn't a huge amount of money," one OB-GYN who performed the procedures told the news outlet, "compared to what you save in welfare paying for these unwanted children—as they procreated more."