People who call 911 shouldn't get an ill-trained police officer, especially when they're dealing with a mental health emergency.

Sally Satel | From the October 2020 issue 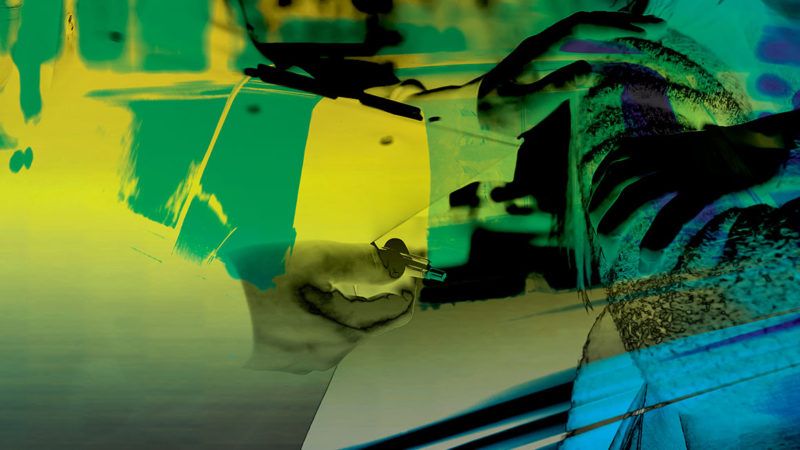 In this month's issue, we draw on decades of Reason journalism about policing and criminal justice to make practical suggestions about how to use the momentum of this summer's tumultuous protests productively. Check out Damon Root on abolishing qualified immunity, Peter Suderman on busting the police unions, Jacob Sullum on ending the war on drugs, Zuri Davis on restricting asset forfeiture, C.J. Ciaramella on regulating use of force, Alec Ward on releasing body cam footage, Jonathan Blanks on stopping overpolicing, Stephen Davies on defunding the police, and Nick Gillespie interviewing former Reasoner Radley Balko on police militarization.

"Please just send one police car, please don't have your weapons drawn, please take him to the hospital." These are the words that many families with a mentally ill loved one have learned to say when crisis strikes. Sabah Muhammad and her siblings have spoken them several times since 2007, the year her brother was diagnosed with paranoid schizophrenia. He had been a standout student and star running back at his high school near Atlanta, but everything changed around his 18th birthday. "He would become catatonic, barely moving, just staring into space," Sabah explains. "Sometimes he locked himself in his room for weeks, refusing food, except to come out of his room at 3 a.m. to make toast that he blackened to carbon 'to get the poison out.'"

Mute and malnourished, he would not allow family to take him to a psychiatrist—but he desperately needed help. The only option in the Muhammads' Atlanta jurisdiction was a 911 call to report a psychiatric emergency, which tended to bring the police, multiple squad cars with lights flashing, and the ominous specter of armed agents encountering a young black man in a delusional state. So Sabah and her family would call the police, and pray.

The data justify their dread. Between 25 and 50 percent of all people killed annually by police are in the midst of a mental health crisis when they're slain, according to a report by the Treatment Advocacy Center (TAC), a Virginia-based nonprofit dedicated to improving treatment for people with serious mental illnesses.

Nationwide, a person with a psychotic illness is 16 times more likely to be killed during a police encounter than a person without such a condition. And even encounters that do not end in death have dire consequences such as violent confrontations, arrests, and incarceration.

Police are often the first responders because there is no one else who can attend to a person in crisis. "I don't think we have any option but to be social workers, marriage counselors, coaches," Joann Peterson, a retired New Haven police captain, told the Connecticut Mirror in June. At the same time, having police on the front lines of such incidents wastes community resources, overburdens law enforcement, and, when things go badly, criminalizes severe behavioral disruption due to illness.

The answer to such tragedies seems obvious: reduce encounters between police and people with mental illness or, at least, change their nature. "Cop culture has always been, 'We're the people who respond to a crisis, jump out of the car, and take immediate action,'" New York Police Department Assistant Chief Matthew Pontillo told colleagues at a Police Executive Research Forum in 2015. "And we're saying, 'No, that's not the correct paradigm anymore.'" While wholesale replacement of police officers with social workers is unrealistic, there are police-based programs that respond humanely to people who are in crisis.

The best-known example is Crisis Intervention Team (CIT) training for police. The program was created by authorities in Memphis, Tennessee, following the tragic death of 27-year-old Joseph DeWayne Robinson in 1987. Robinson's mother called the police because her son was cutting himself with a large knife, inflicting over 100 wounds on his body, and threatening to kill himself. When police arrived, Robinson reportedly lunged with the knife, and they fired. According to some accounts, Robinson was high on crack; others said he had paranoid schizophrenia; together or separately, these states could make someone psychotic and agitated.

The disaster spurred the city of Memphis to develop a system for diverting people with mental illness from the criminal justice system. The Memphis Model of CIT training has three parts. The first involves 40 hours of training in mental health for self-selected police officers. Often, it turns out, those who enroll also have a mentally ill family member. That is true of about 45 percent of program participants, according to Police Lt. Col. Vincent Beasley. The second part entails clear lines of communication so that the specialized CIT will be dispatched to all mental health emergencies. The third is a mental health facility with a guaranteed acceptance policy where the police can bring a distraught individual. Today, there are 2,700 CIT programs, accounting for 15–17 percent of all police agencies in the country.

During CIT training, officers learn to recognize tense situations and to defuse them by not confronting people, yelling directions, or making quick movements. The idea is to "slow the situation down," to keep people from feeling cornered or under threat. (To reduce tension, police on the Tucson CIT drive unmarked cars and do not wear uniforms, for example.) Officers are trained to recognize the signs of psychosis and suicidal despair. They learn about post-traumatic stress disorder and extreme reactions to drugs, such as PCP or methamphetamine, that can produce intense agitation or paranoia. They understand that people with schizophrenia or people who are manic may be responding to hallucinations or may refuse to cooperate with police requests because voices tell them not to.

Perhaps deployment of a CIT-trained officer could have prevented the death of Queens resident George Zapantis in June. The 29-year-old man, who suffered from bipolar illness, was dressed as a gladiator and wielding a large sword in his mother's basement. Police tased him multiple times after a neighbor called them, and he died of a heart attack.

Or perhaps better training would have discouraged police from fatally shooting 29-year-old Osaze Osagie, who had schizophrenia and was autistic, in 2019. When officers arrived at his apartment near Penn State, at the behest of his worried family, Osagie bolted out the door holding a knife. In the chaos, one of the officers opened fire.

Data on the CIT program offer mixed reassurance. A 2014 meta-analysis revealed no differences in arrests or use of force between officers who were and who were not trained; a 2019 review of research found rampant variability within training programs; and another analysis, from the Police Executive Research Forum, found that participants sometimes spent as little as eight hours in training. In New York City, where half of the police force has undergone CIT training since 2015, 16 people with mental illness have been killed in encounters with law enforcement since the training began, exceeding the number killed in the five years prior to initiation of the program.

The problem, scholars conclude, is poor fidelity to the three-part Memphis Model. When CITs operate within small regions with close adherence to the parameters—most notably, when they're paired with fortified community-based mental health services—they tend to be more effective. San Antonio, for example, built a "Restoration Center" for psychiatric and substance abuse emergencies and a 22-acre campus for short-term in-patient stays with detox units and a medical clinic. Police were then able to divert more than 100,000 people from jail and emergency rooms to treatment between 2008 and 2016.

Miami-Dade is a large county that was able to follow the tripartite strategy. Shootings by police have declined by 90 percent since CIT training was implemented in 2010, but the program accomplished something more: It shined a light on the high incidence among police of depression and suicide. According to Judge Steven Leifman, who established the Miami-Dade program, officers who go through the training "have been more willing to recognize their own stress [and] reach out to the program's coordinator for mental-health advice and treatment for their own traumas."

Other cities deploy crisis teams that are solely mental health–based; police are not part of the first line at all. One of the nation's longest-running examples of this is CAHOOTS (Crisis Assistance Helping Out On The Streets). It was created 31 years ago as part of an outreach program of the White Bird Clinic in Eugene, Oregon—once a countercultural medical clinic founded in 1970 as a refuge for hippies on LSD trips and other drug-taking youth. Calls for help are routed to staff 24/7 by the local 911 dispatcher. A medic and a mental health professional respond as a team to incidents such as altercations, overdoses, and welfare checks. They wear jeans and hoodies and arrive in a white van stocked with supplies like socks, soap, water, and gloves. Should a situation spin out of control, they call for CIT-trained police back-up, though last year only 150 out of 24,000 field calls required back-up. People who need further attention are taken to a crisis care facility operated by the mental health department—no trips to jail or to overflowing emergency rooms.

Mental health teams can bring some much-needed relief to municipal budgets. According to TAC, police officers across 355 law enforcement agencies spent slightly over one-fifth of their time responding to people with mental illness or transporting them to jail or psychiatric emergency rooms, at a cost of $918 million in 2017. The CAHOOTS flagship program in Eugene operated on a $2 million budget in 2019 and saved the locale about $14 million in ambulance transport and emergency room care. Within the year, a number of cities (including San Francisco, Los Angeles, New York, and Durham, North Carolina) will be launching programs similar to CAHOOTS.

The best crisis intervention programs help reduce the toll of police involvement gone awry, but the only way to take encounters out of the hands of police in all but the most dangerous instances is to repair the mental health system itself, which is a notoriously tattered network of therapists, psychiatrists, hospitals, residential settings, and support services, and work to prevent ill people from lapsing into crisis in the first place.

For a glaring manifestation of the current failure, look to the criminal justice system. In 44 states, a jail or prison holds more mentally ill individuals than does the largest state psychiatric hospital. A person with a severe condition, such as schizophrenia or bipolar disorder, is 10 times more likely to be in a jail or prison than a hospital bed.

But once the crisis is underway, the people who show up at the scene must do the right thing. Balancing the proper role of police officers—as guardians vs. warriors—is now a subject of intense national debate. The mounting sense that America's criminal justice system needs fixing should find its fullest expression in the duty to protect and serve those who are mentally ill or emotionally disturbed.

Sally Satel is a resident scholar at the American Enterprise Institute and a visiting professor of psychiatry at the Columbia University Vagelos College of Physicians and Surgeons.