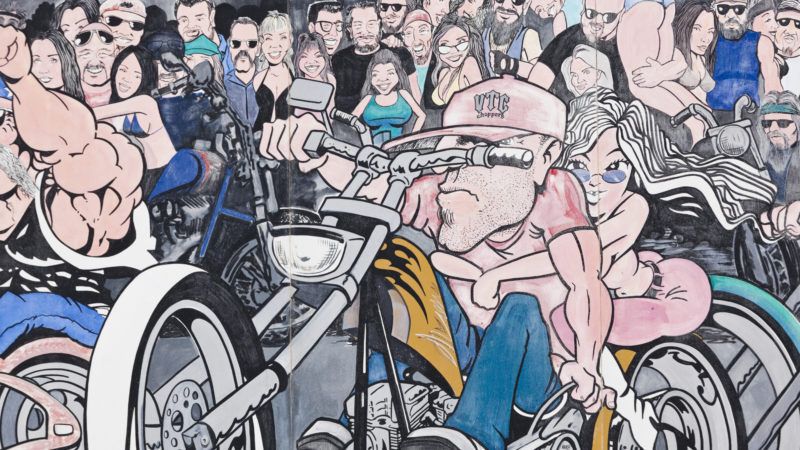 Here's what we were told: An August motorcycle rally in Sturgis, South Dakota, helped spread COVID-19 to more than a quarter-million Americans, making it the root of about 20 percent of all new coronavirus cases in the U.S. last month. So said a new white paper from the IZA Institute of Labor Economics, at least. And national news outlets ran with it.

Not so fast. Let's take a look at what they actually tracked and what's mere speculation.

According to South Dakota health officials, 124 new cases in the state—including one fatal case—were directly linked to the rally. Overall, COVID-19 cases linked to the Sturgis rally were reported in 11 states as of September 2, to a tune of at least 260 new cases, according to The Washington Post.

There very well may be more cases that have been linked to the early August event, but so far, that's only 260 confirmed cases—about 0.1 percent of the number the IZA paper offers.

To get to the astronomical number of cases allegedly spread because of the Sturgis Motorcycle Rally, the researchers analyzed "anonymized cellphone data to track the smartphone pings from non-residents and movement of those before and after the event," notes Newsweek. "The study then linked those who attended and traveled back to their home states, and compared changes in coronavirus trends after the rally's conclusion."

Essentially, the researchers assumed that new spikes in cases in areas where people went post-rally must have been caused by those rally attendees, despite there being no particular evidence that this was the case. The paper, which has not been peer-reviewed, failed to account for simultaneous happenings—like schools in South Dakota reopening, among other things—that could have contributed to coronavirus spread in some of the studied areas.

The researchers also assumed a $46,000 price tag for each person infected to calculate the $12.2 billion public health cost of the event—but this figure would only make sense if every person had a severe case requiring hospitalization.

The results of the IZA paper "do not align with what we know," South Dakota epidemiologist Joshua Clayton said at a Tuesday news briefing.

It's also good election-time propaganda, apparently. Despite the dubious nature of the IZA study, a range of Democratic consultants and cheerleaders have been using it to condemn President Donald Trump.

BREAKING: That Sturgis motorcycle event that should've never happened is now linked to an estimated 250,000 cases and it could cost us all up to $12 billion. Vote out Trump and every anti-mask, virus-loving lap dog Republican. This election, and the next. And the next. And so on.

Yet another piece of GOP stunt legislation takes aim at social media and Section 230.

It's striking that's there's almost no national media coverage of how tomorrow's FDA deadline is going to change vaping in the US. One gets the impression that not many reporters ostensibly covering the topic actually talk much to producers and consumers. https://t.co/GcHcOny4Cd

See also: "How the FDA Is Saving the Cigarette."

BREAKING: The City of Juneau just passed the first in the nation permit for onsite consumption of cannabis.

Well, they gave it to President Obama and he left office as the first two-term president in U.S. history to have been at war every single day of his presidency. https://t.co/ZHxcNtjrdD