Greg Patton was describing the Chinese filler word "nega," which earned him a temporary suspension. 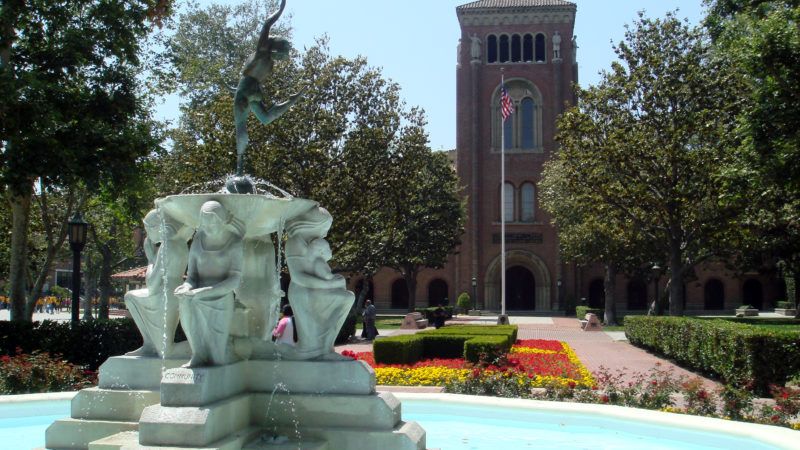 Greg Patton is a professor of clinical business communication at the University of Southern California. During a recent virtual classroom session, he was discussing public speaking patterns and the filler words that people use to space out their ideas: um, er, etc. Patton mentioned that the Chinese often use a word that is pronounced like nega.

"In China the common word is 'that, that that that,' so in China it might be 'nega, nega, nega, nega,'" Patton explained to his class. "So there's different words you'll hear in different cultures, but they're vocal disfluencies."

But because the Chinese word nega sounds like nigger, some students were offended and reported the matter to the administration. Patton is now suspended, according to Campus Reform:

On Tuesday evening, the USC Marshall School of Business provided Campus Reform with a statement, confirming that Patton is no longer teaching his course.

"Recently, a USC faculty member during class used a Chinese word that sounds similar to a racial slur in English. We acknowledge the historical, cultural and harmful impact of racist language," the statement read.

Patton "agreed to take a short term pause while we are reviewing to better understand the situation and to take any appropriate next steps."

Another instructor is temporarily teaching the class.

USC is now "offering supportive measures to any student, faculty, or staff member who requests assistance." The school is "committed to building a culture of respect and dignity where all members of our community can feel safe, supported, and can thrive."

This is ridiculous. It seems clear that Patton did not mean to harm anyone, and that the point he was making was perfectly valid. The resemblance between these two words is purely coincidental, and adults should be perfectly capable of hearing the Chinese version without fainting in front of their computer screens. Anyone who is this prepared to be bothered all the time needs to turn down their outrage dial.

"I'll say this ten thousand times, but if anyone thinks they're helping the cause of racial equality by engaging in absurd, over-the-top speech policing of innocent people, then they're sadly mistaken," wrote The Dispatch's David French.

There is nothing for the university to investigate: Patton should be restored to his teaching position immediately. If anything, the offended students should apologize to him for causing the inconvenience.