If You Want to Fix Policing, Listen to the Pragmatists

Reason asked writers who have been on the criminal justice beat for years to lay out serious proposals for reforms with a fighting chance of being implemented.

Katherine Mangu-Ward | From the October 2020 issue 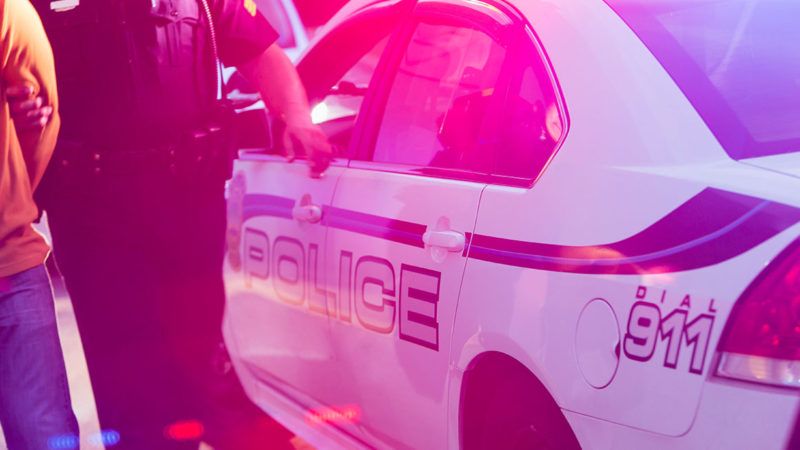 Nobody likes pragmatists. To the revolutionary, the pragmatist sounds too much like an apologist for the status quo. To those who fear rule by the angry mob, the pragmatist has granted the mob's premise and is simply bargaining about the timeline.

When absolutely everyone else is screaming, it can be hard to hear the calm, slightly nasal voice of the pragmatist explaining the procedures by which a cause might be realistically advanced. But in the cacophonous summer of 2020, with protesters in the street and a pandemic raging, it looked for a moment like practical policing reform might actually make some headway. Wonky pragmatists from across the spectrum seemed to converge on both the need for and general outlines of reform. National Review published a piece called "Reform Police Training—Why It's a Conservative Cause." Mother Jones asked: "'Qualified Immunity' Gives Abusive Cops a Free Pass. Will the Supreme Court End It?" The Washington Post reported "Top CEOs Endorse Calls for Police Reform, Another Sign of Momentum on the Issue." Bills popped up in the House, the Senate, and state legislatures, and governors and mayors announced their intention to make changes.

In that moment of optimism, Reason asked writers who have been on the criminal justice beat for years to lay out serious proposals for reforms with a fighting chance of being implemented in the coming months or years. The result is a robust list that includes calls to abolish qualified immunity (page 18), bust the police unions (page 22), better regulate the use of police force (page 25), rethink crisis response (page 28), end the drug war (page 32), release body cam footage (page 35), stop overpolicing (page 37), and restrict asset forfeiture (page 40). Each article begins with a quote from Reason's archives, some from issues dating all the way back to the 1960s. Reason has been carrying this torch for a long time, in preparation for the moment when mainstream political culture and elected officials were ready to hear us out.

This summer, it looked like that moment had come. According to a Cato/YouGov poll conducted in July, 63 percent of Americans favor eliminating qualified immunity for police officers, which would make it easier to hold cops accountable for misbehavior and abuse. Another 62 percent favor limiting police unions' bargaining power. A whopping 84 percent oppose erasing police records of misconduct every few years, a common clause in police union contracts. While Democrats are more likely to support such reforms, the number of Republicans open to these marginal changes was surprisingly high—64 percent of GOP respondents, for instance, say police officers should be held accountable for misconduct even if they were "unaware at the time that their actions were illegal."

Most of the folks at this summer's street protests, of course, wanted to go much further, demanding everything from an end to racism (via methods that were often alarmingly TBD) to full Marxist revolution. But at least on policing, there was some crystallization, and a genuinely realistic slate of changes emerged.

The trouble with pragmatic, incremental reform is that it simply can't produce the kind of immediate gratification that is required to keep the focus of people in the grip of culture war–induced ADHD. Chanting "Defund the police" is exciting; trying to figure out what that might look like across thousands of different jurisdictions is irksome. Spraypainting slogans on the plinth of a bust of Christopher Columbus gives a thrill; crafting legislation to hold officers accountable for misconduct in court is tricky and time-consuming.

Even more challenging, sometimes partial or badly executed reform is worse than nothing at all. Privatization without mechanisms for market competition and creative destruction can quickly become entrenched cronyism. Budget cuts without reductions in the scope of government create inefficiencies and delays. Rule changes done without proper legislative procedure create uncertainty, because they can be reversed when the political tides change.

But when agreement about the need to implement some reform, any reform, emerges, the pragmatist takes seriously the need to work with the tools that are available. Take body cameras, for instance: Many jurisdictions were surprisingly willing to require law enforcement officers to wear cameras on their lapels or install them in their patrol cars in recent years, due to a combination of public pressure, evolving attitudes toward surveillance in the workplace, and the belief by union leaders that the cams could serve to exonerate officers inaccurately accused of wrongdoing.

The hope was that cameras would reproduce the observer effect on officers, in which they would choose more ethical behavior because they knew they were being watched. That hope hasn't panned out. But that doesn't mean that we should turn away from body cams entirely. Instead, we can lean into the cameras as a tool for transparency. As part of a slate of reforms focused on accountability, cameras become a way for courts, citizens, and others to get the information they need in order to adjudicate whether police acted legally and morally in the course of their work. Paired with stronger freedom of information laws and the abolition of qualified immunity, body cams may yet deliver on their promise.

Likewise, use-of-force regulations have failed to prevent deaths and abuse in many places where they have already been implemented, but many municipalities are trying again. In San Diego, the chief of police formally ordered his officers not to use "carotid restraints" to cut off blood flow to the brain and knock out suspects. In Colorado, the County Sheriffs of Colorado, the Colorado Fraternal Order of Police, and the Colorado Association of Chiefs of Police put out a joint statement calling for state lawmakers to require that other officers intervene when their colleagues use unreasonable force, paving the way for criminal charges. The combination of familiar reforms and a new cultural context may work where it hasn't before.

Other reforms, like busting police unions or ending the drug war or rolling back asset forfeiture, are more radical. But they have taken on new life in the context of more broadly shared concerns about police brutality.

Like so many distracted boyfriends, America's wandering eye was drawn by more inflammatory topics, from fighting about which statues to yank down (see "American Idolatry Meets Woke Iconoclasm," page 58) to banning social media platforms where teenagers lip sync while shaking their butts.

Some people who took to the streets because too many Americans have died with police officers' knees on their necks or bullets in their backs have redirected their energy back to mainstream partisan squabbling rather than specific policy reform. Faced with a real chance to improve the lot of some of the least well-off people in our society by reining in the power of the state, some online activists have opted to wage Twitter campaigns to get journalists and academics fired for bad tweets instead. Many mayors seem to have contented themselves with painting large street murals declaring that Black Lives Matter and calling it a day. And some people just got bored.

It's hard to stay mad about one thing when there are so many new things to get mad about every day, especially in the cascading semi-apocalypse of 2020. But a certain kind of sustained anger is vital to real reform. Fireworks are attention-getting and bonfires are fun, but it's the banked coals of a well-tended hearth that get the job done. As meaningful reforms keep working their way through the system, it's the pragmatists, not the firebrands, who will keep that flame alive.