The RNC Shouldn't Be Bragging About the Paycheck Protection Program

The PPP hasn't worked as planned, and one cheery exception does not disprove the rule. 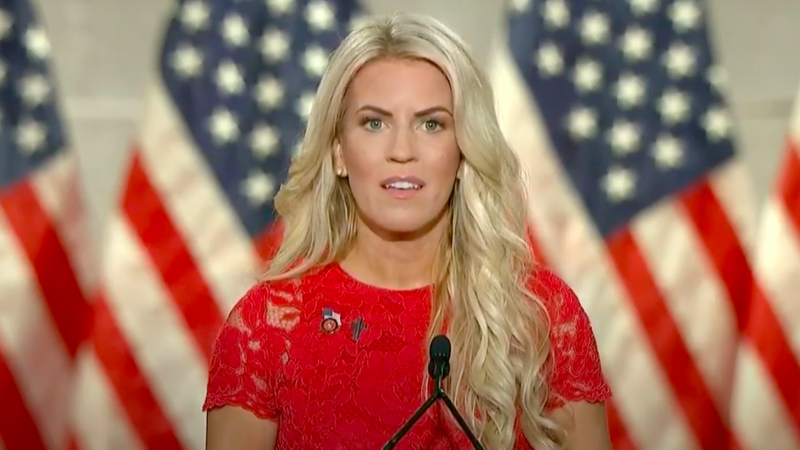 "A few months ago, like so many businesses, we got the crushing news [that] a large event we were serving was canceled because of the virus," Tanya Weinreis, owner of Mountain Mudd Espresso in Billings, Montana, said onstage at Monday night's Republican National Convention. "My company was one of the first to receive a PPP [Paycheck Protection Program] loan, and praise God, it has been a lifesaver. Not only were we able to keep every single employee, but we've been hiring weekly ever since."

Weinreis's situation is a common one, with widespread COVID-19 shutdowns and changes in consumer behavior closing tens of thousands of businesses. But her happy ending—a PPP loan that not only helped her business stay afloat but expand—is by no means shared universally.

The multibillion-dollar PPP loan program was aimed at helping small businesses retain employees amid government-imposed closures. But the program, implemented at breakneck speed, was riddled with errors and fundamental flaws from the beginning. A notable misstep in the initial loan forgiveness terms was the requirement that 75 percent of loan dollars go toward payroll at a time when many employers had, and still have, nothing for their employees to actually do.

The requirement that businesses use PPP funds to pay employees was complicated by the creation of a $600 federal weekly unemployment benefit, which, when combined with state unemployment benefits, made it more lucrative for many former small business employees to stay unemployed. Employers were stuck funneling loans almost exclusively toward payroll costs, with no reason to actually pay their workers, while those same employees often had a perverse incentive to quit and go on unemployment. And there are plenty of other expenses entrepreneurs needed to cover in the interim when they had no other money coming in, such as rent.

Many business owners struggled with a fragmented and bureaucratic loan process and a technical framework that quickly crashed. Those that received funding often weren't granted the reprieve they needed. Consider the case of New York City's Mark Fisher Fitness, which, in April, rehired 28 employees they had laid off the previous month. It then promptly let go of most of its staff again after 8 weeks, because the PPP necessitated that it spend its loan money within the first two months of receiving it.

And while politicians and bureaucrats hailed the program essentially as open to all, many small business owners were denied loans altogether, especially if they didn't have a lending history with the lender they selected to help them procure a loan, or if they had a lending history with a different bank. Yet large businesses like Shake Shack somehow made out with multimillion-dollar loans. (Shake Shack returned its PPP loan.)

"In terms of saving people's jobs, the program spent vastly more money than the number of jobs it saved. It did not cause a sharp increase in employment that would be commensurate with the nearly $600 billion that was spent," economist Michael Stepner told CBS MoneyWatch in June. "We spent more than $670 billion on this program, and most of it did not go to saving people's paychecks."

The PPP is not even solely President Trump's accomplishment. Congress passed the program with bipartisan support. It's also possible that Weinreis's success has a lot to do with Montana's small number of coronavirus cases and scant lockdown restrictions, allowing her to use the monetary boost from the government more liberally than someone without any business to speak of.

"I am so grateful we have leaders like President Trump standing up for local businesses like mine," Weinreis said. "Thank you, President Trump, it is exciting to be part of this great American comeback story." That comeback story, however, isn't a comeback just yet, and in any case, it's not one that Trump can claim.