At least in the United States, according to a new study 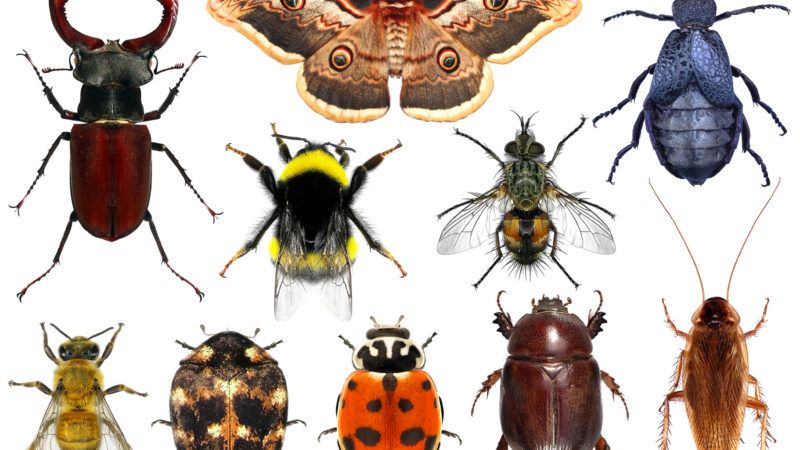 "The Insect Apocalypse Is Here," declared the stark New York Times headline in November 2018. The article focused on a 2017 German study that said the mid-summer levels of "flying insect biomass" in 63 nature preserves had declined by 76 percent over 27 years. In a 2019 study in Biological Conservation, researchers warned that we might see "the extinction of 40% of the world's insect species over the next few decades."

Now a new study in Nature Ecology & Evolution offers some happier news: In the United States at least, the abundance and insect biodiversity trends are "generally indistinguishable from zero." In other words, there is no detectable insect armageddon here. "This lack of overall increase or decline was consistent across arthropod feeding groups and was similar for heavily disturbed versus relatively natural sites," note the researchers. "The apparent robustness of US arthropod populations is reassuring."

The researchers came to their conclusions by parsing the data collected through the U.S. National Science Foundation's network of Long-Term Ecological Research sites. This network, established in 1980, comprises 25 monitoring locations across each of the country's major ecoregions.

The press release accompanying the study notes that the team looked into several factors that might have had a noticeable effect on insect population levels, including insecticides, light pollution, and built environments.

"No matter what factor we looked at, nothing could explain the trends in a satisfactory way," said University of Georgia entomologist Michael Crossley. "We just took all the data and, when you look, there are as many things going up as going down. Even when we broke it out in functional groups there wasn't really a clear story like predators are decreasing or herbivores are increasing."

"The temptation to draw overly simple and sensational conclusions is understandable, because it captures the attention of the public and can potentially catalyze much needed action in policy development and research arenas," they warned. "However, fear-based messages often backfire. This strategy has the grave risk of undermining trust in science and can lead to denialism, fatigue, and apathy. Embracing nuance allows us to balance accurate reporting of worrying losses with hopeful examples of wins. Hope is a more powerful engine of change than fear."