Fund Students Instead of Systems 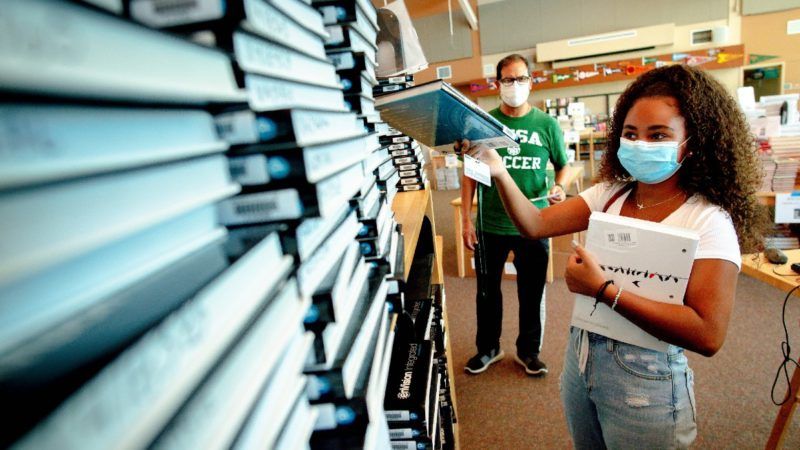 Families need education options now more than ever. Education Week just reported that 85 percent of the largest 20 school districts in the U.S. aren't beginning the school year with any in-person instruction. According to the Foundation for Research on Equal Opportunity, most of the nation's 120 largest school districts intend to begin the school year without any in-person instruction.

So it's welcome news that Sen. Rand Paul (R–Ky.) is introducing a bill to redirect federal K–12 education dollars to fund families directly. This would be a great step toward putting the needs of kids and parents before the needs of the public school monopoly.

Remote learning was a disaster for too many families this spring. A recent analysis found that only 1 in 3 school districts even required teachers to deliver instruction. And even if remote learning performs well in certain areas, the reality remains that families have structured their lives around the fact that in-person schooling lets parents go to work and earn a living.

A coalition of at least 10 teachers unions partnered with the Democratic Socialists of America and other groups to put together a "National Day of Resistance" last week to "Demand Safe Schools." Some unions protested reopening schools with fake tombstones, obituaries, coffins, and body bags. Their demands also included several items not obviously related to COVID-19, including a ban on new charter schools, a ban on new private school choice programs, a ban on standardized testing, police-free schools, and a "massive infusion of federal money."

These protests come in stark contrast to responses from private schools and other sectors of the economy. While private businesses are fighting to reopen, many public school systems are fighting to remain closed. The incentives are different because one of these sectors gets your money regardless of whether they reopen.

That's where the Support Children Having Open Opportunities for Learning (SCHOOL) Act comes in.

The SCHOOL Act, which Sen. Paul introduced on Wednesday, would allow a large portion of existing federal education dollars to follow students to wherever they received an education—be it in a public school, a private school, or a homeschooling option. This is how several other tax-funded initiates work, from Pell Grants to pre-K programs to food stamps. Although federal revenues account for only about eight percent of total K–12 education funding, the SCHOOL Act would provide substantially more dollars directly to families each year than the School Choice Now Act that was just introduced by Sens. Tim Scott (R–S.C.) and Lamar Alexander (R–Tenn.) two weeks ago.

The Act also includes a provision that prohibits additional federal or state control over non-public providers of education. And no family would be compelled to accept the money.

Some commentators have expressed concern about the possibility that certain families might waste the money on things that aren't related to education. But it would be hard to waste more money than the public school system itself. The reality is that families are generally more likely to have the information and incentives necessary to spend money in ways that will benefit their children than bureaucrats sitting in offices hundreds of miles away.

That said, this legislation—and related education savings accounts programs across the country—would require that the dollars be used toward approved education expenses, such as private school tuition, online learning, textbooks, curriculum, and private tutoring.

When I interviewed the senator on Thursday, he said that he would like to add his proposal as an amendment to the next federal coronavirus bill, but that these types of amendments do not happen often. Either way, his team would keep the SCHOOL Act as a free-standing bill as well.

Funding institutions rather than students leaves families powerless. This bill offers an opportunity to remedy that.

Corey A. DeAngelis is the director of school choice at Reason Foundation.