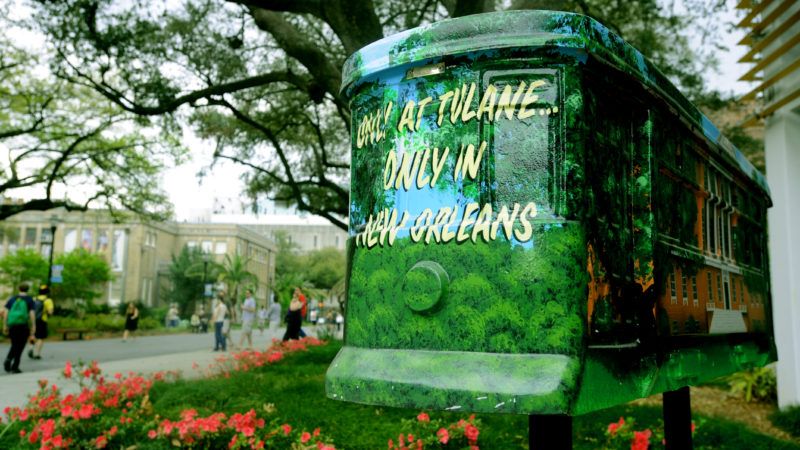 Life of a Klansman: A Family History of White Supremacy is the latest book by Edward Ball, whose award-winning 1998 book Slaves in the Family traces the histories of people enslaved by Ball's own ancestors. In Klansman, Ball tells the story of a racist great-grandfather who joined the Ku Klux Klan.

The New York Times hailed it as "a haunting tapestry of interwoven stories that inform us not just about our past but about the resentment-bred demons that are all too present in our society today," and the anti-racism scholar Ibram X. Kendi participated in a virtual discussion about it with Ball. Tulane University was slated to host another such event, featuring Ball and Lydia Pelot-Hobbs, an assistant professor of geography and African American studies.

That event was supposed to take place tonight, but the university opted to postpone it following blinkered outrage from students who insisted that the event was "not only inappropriate but violent towards the experience of Black people in the Tulane community and our country." Other members of the Tulane community called it "harmful and offensive," and demanded its cancellation. Still others said the university should apologize and take action against whoever approved the event. (I verified that the people who made these kinds of comments were Tulane students, graduates, and employees. I chose not to name most of them in order to prevent individual harassment, though I did identify two student government officials who affixed their names to an appalling demand for censorship.)

The feedback was so unhinged that a casual observer might wonder whether they mistakenly thought the book was written by a Klansman, or endorsed the Klan. The comments on the event's announcement page—as well as statements by student government officials—make it abundantly clear this is not the case. They know exactly what the book's point of view is.

"The last thing we need to do is allow someone who is even reflecting on the hatred of their ancestors to speak about white supremacy, even if their efforts come from a place of accountability," one student wrote on Instagram.

"There is nothing that a book on white supremacy written by the descendant of a Klansman can do to promote or influence an anti-racism atmosphere," wrote another.

But this wasn't just random students leaving comments; Tulane's student government weighed in as well. In a letter to the administration "on behalf of the entire student body," Undergraduate Student Government Vice President Ingeborg Hyde and Liberal Arts Student Government President Amanda Krantz demanded the event's cancellation. And they did not mince words.

"An apology is the first step in undoing the harm you have caused many members of the community, but is in no way the last," they wrote. "In the current political atmosphere, it is imperative that we are all actively anti-racist, and endorsing speakers like these is antithetical to the anti-racist work being done by students, faculty, and staff on our campus."

Again, this is a book that NPR called "resonant and important." The New Republic—currently one of the woke-est of the progressive magazines—wrote that Ball "builds a psychological portrait of white supremacy, which then radiates outward and across time, to explain the motives and historical background behind racist violence." Yet leaders of Tulane's student body think it is their solemn duty to prevent anyone from learning about this history.

In the face of such apoplexy, Tulane agreed to postpone the event. It has not yet been rescheduled, and given that the students are still furious, it's unclear whether it will be. Tulane did not respond to a request for comment, nor did Ball or Pelot-Hobbs.

One Tulane graduate commented on the Instagram post about the event's postponement that he was disappointed with this decision. An associate director in Tulane's admissions office responded: "Go cry about it."

This controversy has unfolded at a time of increasing public focus on racism; In July, Tulane University's Black Student Union released a list of poorly-thought-out demands that included the enactment of a zero-tolerance policy for offensive language, as well as reparations for students who suffered emotional trauma.

It would be one thing if the students were merely demanding additional speakers of color, but their comments make clear that they do not believe someone like Ball should speak under any circumstances—and that they consider the very suggestion that he be allowed to speak (in a virtual space) an act of violence against marginalized students. They are possessed of a smug certainty that he has nothing of value to say to anyone at Tulane. This view is ridiculous and should be anathema at a university.