The debate over flavored vapes really is a debate about whether adult smokers will still have access to products that could save their lives. 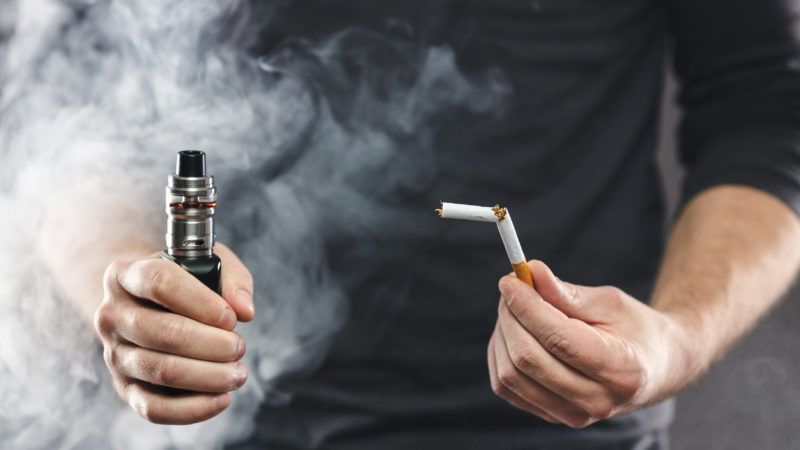 The debate over the Montana Department of Public Health and Human Services' plan to permanently ban the sale and marketing of all flavored e-cigarettes has focused on two entrenched viewpoints. Supporters argue that these vaping products can lure teens into a lifetime of nicotine addiction, while opponents argue that a ban will harm small businesses and the economy.

The public debated these views last week at a two-hour hearing in Helena. Unfortunately, there's too little discussion—and no acknowledgment from state health officials—about the ill health effects of banning these products. Quite simply, large numbers of smokers have switched from dangerous combustible cigarettes to far-less dangerous e-cigarettes. Britain's top health agency notes that vaping is 95 percent safer than smoking.

Banning flavored vape products is essentially a ban on all vape products, given that virtually all e-cigarette liquids contain some kind of flavoring. Even tobacco flavors, which many vape users eschew as they distance themselves from their past cigarette habit, are an additive to vaping liquids. The debate over flavored vapes really is a debate about whether adult smokers will still have access to products that could save their lives.

"While it's addiction to nicotine that keeps people smoking, it's primarily the combustion, which releases thousands of harmful constituents into the body at dangerous levels, that kills people," notes former Food and Drug Administration Commissioner Scott Gottlieb. He argues that e-cigarettes offer smokers a chance to transition to "nicotine delivery products that may not have the same level of risks associated with them."

Teen vaping certainly is a problem, but it's nonsensical to use that concern to outlaw products that already may only legally be sold to adults. Vaping, according to a health department statement, "is causing major health consequences for our youth driving a lifelong addiction to nicotine."

That's true, but the answer, just as it is for underage alcohol consumption or other already-illegal behavior, is for state officials to enforce existing prohibitions. A sensible society reserves some activities for adults only—and simply enforces age limits and other restrictions.

Ironically, Gov. Steve Bullock's imposed a "temporary" ban on flavored vaping following a nationwide health scare—debilitating lung diseases that were reportedly the result of vaping. In the ensuing months, the Centers for Disease Control discovered that black-market and cannabis-containing vaping products—not commercially available nicotine-based ones—were almost entirely the source of the illnesses.

The problem centered on illicit products. There's an important lesson to be learned here. If states ban commercial vaping products, vapers will be more apt to buy them on the black market or, as some news reports have shown, make their own liquids based on online recipes. A flavored e-cigarette ban could thereby increase the dangers to teens and adults who choose that risky path of DIY flavors.

There are other problems with this proposal, as well. Elected lawmakers, not bureaucratic officials, should make decisions of this magnitude. Indeed, the Legislature's Economic Affairs Interim Committee on July 2 sent a letter to the health department's director, Sheila Hogan, arguing that the department lacks the statutory authority to impose a ban.

As retailers noted during the hearing, they face serious economic consequences from the proposal. "The Vapor Technology Association found that in 2018 the vapor industry created 554 jobs and $67 million in economic output for Montana and $2.6 million in state and local taxes," according to a recent Great Falls Tribune report.

Nevertheless, the main overlooked argument centers on public health—and how a ban is a step in the wrong direction. Any proposal designed to battle tobacco-related health diseases ought not to harm people who are choosing a less-dangerous course. Montana health officials need to take such concerns more seriously before they implement this proposed rule.