"Academic staff...are no longer free to make controversial statements to the general public about politically or socially controversial matters," one of them writes. 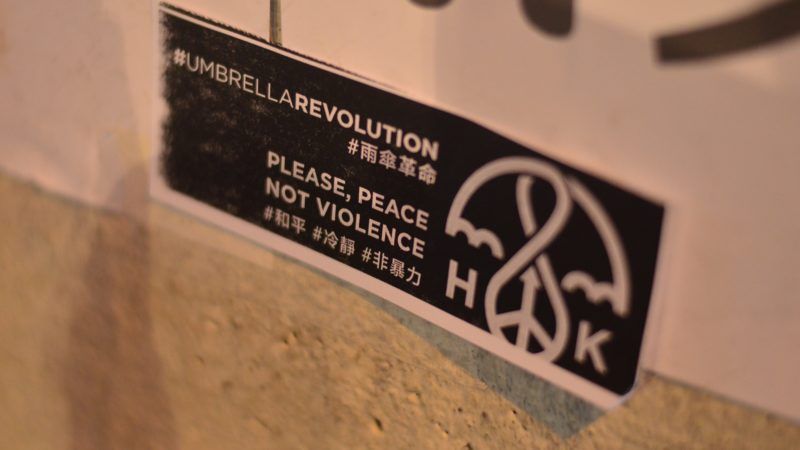 On July 27, news broke that Shiu Ka-chun, who teaches at Hong Kong Baptist University, will not have his teaching contract renewed, with no official reason given for the decision. A day later, Benny Tai was fired from his tenured position at the University of Hong Kong (HKU).

Both Shiu and Tai have faced legal trouble for their involvement in the 2014 protests for freedom in Hong Kong. Both helped galvanize support for the pro-democracy demonstrations, sometimes called the Occupy Movement or Umbrella Movement, and have been major players in calling for full democracy in the city. Shiu was convicted in April 2019 of inciting others to cause a public nuisance and of inciting people to incite others to cause public nuisance; he was released from jail in October 2019, after serving six months. Tai was convicted at the same time on some of the same charges; he was sentenced to a 16-month prison term but was released on bail in August 2019.

Now both men have been expelled from their respective universities, as the institutions rush to dissociate themselves from dissidents.

It marks the end of academic freedom in Hong Kong. Academic staff in education institutions in Hong Kong are no longer free to make controversial statements to the general public about politically or socially controversial matters.

South China Morning Post reports that he "learned his fate on Tuesday night after the HKU council reversed a recommendation by the university's senate earlier this month that there were not enough grounds to dismiss him." (The council is the university's governing body, made up of students, staff, and laypeople.) Beijing's liaison office welcomed the sacking as a "move that punishes evil and praises the virtuous."

The national security law, which went into effect at the beginning of July, is China's attempt to exercise greater control over Hong Kong and its pro-democracy agitators. The New York Times reports that the law "has drawn criticism for introducing ambiguously defined crimes such as separatism and collusion that can be used to stifle protest" and that it "sets obedience to Beijing above the former British colony's civil freedoms."

3/ to the extent academics were already practicing self-censorship in hong kong (and many do), the case of benny erodes even that last bit of protection. e.g. https://t.co/q8ftqfLQza

Neither Shiu nor Tai have called for violence. In fact, in 2014 Tai advocated nonviolent civil disobedience in The New York Times: "Blocking government may be even more powerful than blocking roads. Refusal to pay taxes, delaying rent payments by tenants in public housing estates and filibustering in the Legislative Council, along with other such acts of noncooperation, could make governing more inconvenient."

Since 1997, when the British handed Hong Kong over to China, the territory has operated under the "one country, two systems" policy, which the city a degree of autonomy. As a result, most Hongkongers are accustomed to freedom of speech, a fair shake in court, and the ability to elect many of their lawmakers. Mainlanders, on the other hand, face regular suppression of speech at the hands of an authoritarian state.

As Beijing tightens its grip on Hong Kong, it's not just Tai and Shiu who are paying the price: Universities hell bent on caving to Beijing are threatening longstanding norms of academic freedom, and they'll be much worse for it.