What Cancel Culture Has In Common With Medieval Outlawry

Both outlawry and cancel culture grow out of the same human impulse toward ostracism, the desire to exclude offenders from “respectable” society. 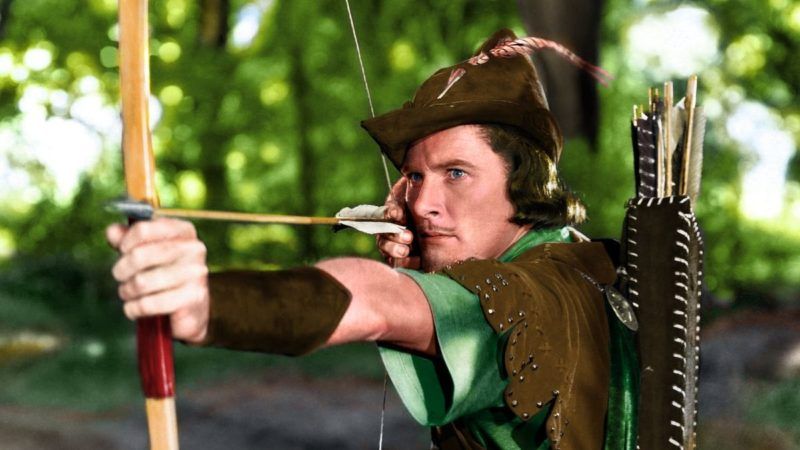 Cancel culture has often been compared to Sen. Joseph McCarthy's (R–Wisc.) hunt for communists in the 1950s. That's not a bad parallel, so far as it goes. But I think a more useful analog is found in more distant history: Cancellation is remarkably similar in spirit to the outlawry of medieval England.

If Robin Hood and his men were as merry as is widely reported and secure in their Sherwood haunts, they were the exception among outlaws. To be made an outlaw was, quite literally, to be put outside the law—which is to say, to lose its protection of your life.

That's not all the outlaw lost. "Outlawry required forfeiture of goods to the king and liability to be killed with impunity," explains historian Melissa Sartore in Outlawry, Governance, and Law in Medieval England. "An outlaw was stripped of any property and was essentially a 'friendless' and 'lawless' man. He had no more rights than a hunted animal." An outlaw could not use his home, perform his work, or see his family without the risk of violent death.

Outlawry was a favored punishment in a justice system with much less information and power than ours. It was frequently assigned by justices in eyre, who were judges traveling a circuit and holding court in various villages as they went. Because these courts weren't continuously in session and rural communities' ability to jail people was limited, it wasn't uncommon for those accused of serious crimes to hide or run when a justice arrived.

"The court's response to the absconding felon was to proclaim him an outlaw," writes Susan Stewart in Outlaws in Medieval and Early Modern England. If he did not appear at one of five subsequent court sessions to which he was summoned, the outlaw's status was confirmed and publicized along with his alleged guilt. (Kings could also outlaw people for treason, and abuse of the royal outlaw power is addressed in the Magna Carta.)

Outlawry could be undone by royal pardon or demonstration of innocence, but most outlaws didn't wait around for that slim possibility of restoration to normal life. They typically fled, Stewart says, believing "their safest route was to escape to the depths of the forest, and then possibly to emerge at some later date to a vill or better still a town where their face and history were unknown."

Outlawry fell out of use as imprisonment became more widely practiced. Though a few belated writs of outlawry (or its close cousin, exile) were issued in the United Kingdom as recently as the 19th century, by the time it was officially abolished in 1938, contemporary commentary described the shift as "sweep[ing] away some legal deadwood." In cancel culture, however, we find a sort of outlawry revived.

Cancel culture is slippery in the taxonomist's hands, but I think something like columnist Ross Douthat's definition is about right: "Cancellation, properly understood, refers to an attack on someone's employment and reputation by a determined collective of critics, based on an opinion or an action that is alleged to be disgraceful and disqualifying."

This description highlights the differences of function between medieval outlawry and cancel culture today: Outlawry was a formal, legal punishment backed by the threat of violence and usually intended to punish people accused of felony crimes like murder, arson, or conspiracy. Cancel culture has no such legal force. It's a movement of social censure, and in its quintessential cases—e.g., Justine Sacco or, more recently, David Shor or the woman from The Washington Post Halloween party story—there's no criminal allegation or, many times, even a lean outside the Overton Window. (The "Central Park Karen," somewhat unusually among high-profile cancellation stories, is being prosecuted.)

Beyond these distinctions, however, outlawry and cancel culture have much in common: They grow out of the same human impulse of ostracism, the desire to exclude offenders from "respectable" society. They give the broader community permission to attack their targets, whether with physical violence (as in outlawry) or via verbal abuse, doxxing, or threats (as in cancel culture). They oust offenders from their social class (today, typically the professional-managerial class) and deprive them of their normal means of livelihood.

That last similarity is what first led me to make this comparison. "[Racist p]eople who go to college end up becoming racist lawyers and doctors. I don't want people like that to keep getting jobs," a teenager from Long Island recently told The New York Times in defense of her operation of a call-out account on Instagram. "Many students believe the only consequence their peers will take seriously is having their college admissions letter rescinded," the Times report says, quoting a second teenager similarly eager to stop future "racist lawyers or doctors" from "advancing." Ending targets' professional lives (here, before they begin) is the feature, not a bug.

But there's one more important difference between cancel culture and the outlawry of yore: As Douthat notes, "under the rule of the internet there's no leaving the village" or running to the forest deep.

Cancel culture normally won't kill you—though stories like that of Geoffrey Corbis or Wilson Gavin should caution us against dismissing that risk too lightly—but it can certainly kill your career. It may be possible to change your name and start a new life, but this is no longer as simple as popping up in some unfamiliar hamlet to ply your trade anew. Our modern writ of outlawry is always just a Google away.