You Can't Roast Marshmallows on Zoom

Summer camp season in the era of COVID-19. 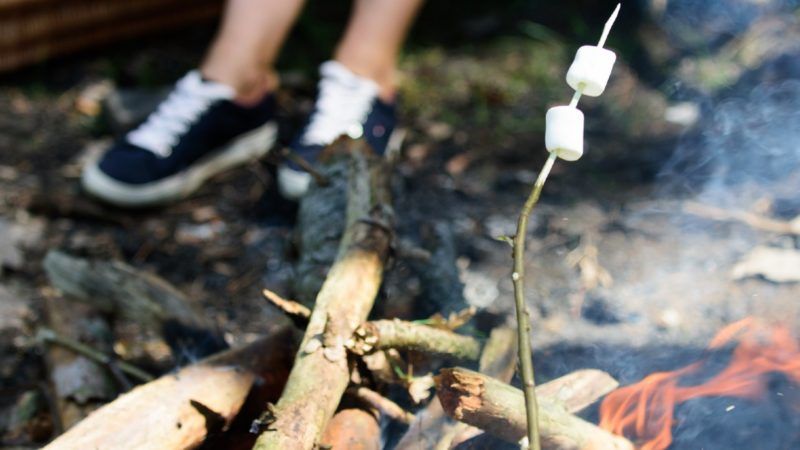 When it comes to kids and camp this summer, for hiking, substitute sitting. For campfire, substitute Zoom. And for fun, substitute—well, here's the thing: Some kids don't like the online camps COVID-19 has foisted upon them. But plenty are having a good enough time, and some kids are loving their virtual camps. And if kids are busy and happy even for a short (blessed!) portion of the day, their parents are happy campers, too.

The American Camp Association doesn't have an exact number of camps that have gone online for the summer, but they know of at least 230. That's out of their 3,000-camp membership. It's possible that many hundreds more are giving it a try without notifying the association.

Elina Furman, an author and digital marketer in Connecticut, has her 7-year-old son attending one. By the time Furman realized that some in-person camps were going to be open this summer, most of the slots had been filled. She managed to secure a place for her older son, but for her younger son she found an online toy-inventor camp.

"It's a very nice camp," Furman says. But for her and her son, "It's a complete disaster. I have to literally physically sit with him and help him construct everything." What's more, the camp sends some supplies home, but not enough, necessitating a Target run. By week two, the projects were getting lame: A spoon catapult. Her son's interest started flagging. By week three? "He barely finished." And now? "We're going into week four and I'm hoping he'll log on at this point."

This experience contrasts pretty sharply with that of Virginia mom Marjorie Leong and her daughter Rachel, also 7. Rachel's theater makeup mini-camp has been "a very good experience," says Leong. If anything, the instruction "probably works better virtually" than in real life, because every kid can grab a relative to practice on. That said, Rachel has used her new skills to turn her mom into the Joker.

However scary that may sound ("And it was scary," says Leong), it beats the camp Rachel attended earlier in the summer, where the director announced that the kids would be performing (drumroll, please): A one-act based on Sophocles' Antigone!

Turns out that a Zoom Antigone starring 7-year-olds was not quite the smash hit it seemed destined to become. Go figure.

While obviously part of the fun of any camp production is hanging out with the other kids (perhaps making fun of the director's choices), there are some advantages to participating from the comfort of one's own home. Que'Ana Morris Jackson, a performing arts teacher in Georgia, says her daughter, 10, really enjoys her virtual dance camp because once the instruction is over she can keep practicing. When camp was in real life, another group would always need the studio, breaking up the rehearsal.

Jackson's 9-year-old son, on the other hand, is frustrated by his dance camp, because he misses tumbling around with his friends. (Jackson doesn't allow a lot of wild romping in the house.)

Some of the most successful online camps seem to involve activities that are online to begin with. Adam McBride started Camp TikTok a few weeks ago and got hundreds of kids to sign up, half of whom live in Asia. Since much of the camp involves watching 2-minute instructional videos, the time difference doesn't matter. The kids just tag their efforts with a special camp hashtag and everyone can see what their fellow campers are coming up with.

How is this very different from kids watching a bunch of how-tos on YouTube? "I'm not exactly sure," McBride confessed. "But this is a new modern definition of camp."

True. For this summer—and maybe for many summers, and after-school hours, and even in-school hours to come—online and offline are blending together. Dr. Sharon Jones, who runs computer science camps for girls through the Dottie Rose Foundation in Charlotte, North Carolina, says that at first the girls are quiet on their Zoom calls, "but then we break them out and watch them come alive." Placed in small groups online, they're making real friends.

Ben Wilson, a 13-year-old in California, is attending an online version of the one-week Camp Quest West that he attended in person last summer.  He misses the pool and the archery. But as for his camp buddies, he said, "You can see them, and talk with them." Offline camp was better, he says, "but online camp is still fun."