Congress Is Paying People a Lot of Money To Not Work

Though the unemployment insurance benefits boost eased the immediate pain of shuttering much of the economy, it made it harder to get things moving again.

Peter Suderman | From the August/September 2020 issue 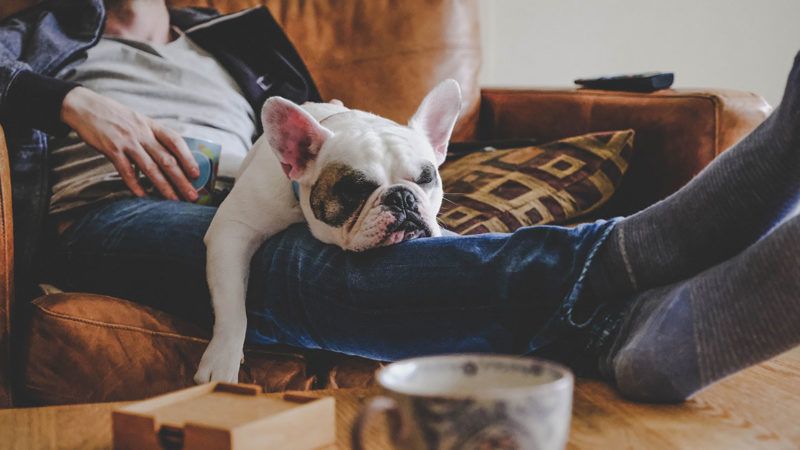 Perhaps the simplest and most important lesson in economics is this: Incentives matter. If you tax an activity, you make it more expensive and get less of it. If you subsidize an activity, you make it more lucrative and get more of it. It stands to reason, then, that if you respond to a pandemic by offering people more money to stay unemployed than their former employers can afford to pay them, you'll make it less likely that people will return to those jobs, causing long-run disruptions of the labor force and worsening COVID-19's impact on the economy.

Roughly speaking, that's what happened with the CARES Act, the $2.2 trillion relief package passed in March as part of the congressional response to the coronavirus. Among the bill's largest provisions was a four-month federal boost to unemployment insurance (U.I.) benefits, adding $600 a week on top of whatever amount state programs already paid. In a typical state, where unemployment benefits often pay around $275 per week, that meant furloughed and unemployed workers could collect nearly $900 a week. In a state like California, which offers as much as $450 per week, seven days of not working was, all of a sudden, potentially worth more than $1,000.

For people making the minimum wage, this represented a substantial windfall. But even a full-time worker making more than $15 an hour—or about $600 a week—could see a bonus for staying off the clock. A May working paper by a trio of economists published by the Becker Friedman Institute at the University of Chicago found that under the expanded benefit regime, "two-thirds of UI eligible workers can receive benefits which exceed lost earnings and one-fifth can receive benefits at least double lost earnings." The average replacement rate for all beneficiaries was 134 percent of previous earnings.

In theory, there were coherent reasons for giving workers a financial incentive to stay home initially. Starting in March, state and local officials forced many businesses to close, and those shutdowns fell hardest on service sector workers, many of whom are hourly wage earners. Plus, the coronavirus spread from proximity, including the sort of extended, indoor, close-quarters activity found in many workplaces. The boosted unemployment payments were designed to do two things: provide financial recompense for workers whose jobs were eliminated by government mandate, and slow the spread of the virus by making it lucrative to stay away from other people. Department of Labor data showed the biggest beneficiaries of the program were the nation's poorest.

But over time, the problems with this approach became more apparent. As states began to reopen their economies in May, some employers—particularly restaurants, where job losses were concentrated—reportedly found it difficult to rehire workers who were earning more from unemployment benefits than they would make from working. For an employee making $10 or $15 an hour, the short-term financial incentive was clear: It would be better to stay unemployed and collect unemployment benefits until the federal supplement ran out.

Although the unemployment rate came in lower than expected—but still quite high—in June, this incentive could have ripple effects long after the pandemic has faded. One of the biggest challenges for even a healthy economy is matching workers with employers. By encouraging people to stay away from jobs they had previously worked at, the federal U.I. boost destroyed employer-worker matches that had functioned in the past. This made it more difficult for employers who wanted to reopen to do so. And it removed otherwise capable workers from the labor force, eroding their ties to productive employment. Yes, the U.I. boost eased the immediate pain of shuttering much of the economy, but it also made it harder to get things moving again.

The expanded unemployment benefits caused economic headaches in other ways. The CARES Act also included the creation of a Paycheck Protection Program (PPP), which compensated some businesses for keeping workers on their payrolls, essentially paying a percentage of their wages if they were kept on staff. This created a conundrum for workers and employers trying to figure out how best to navigate the enforced worklessness of pandemic lockdowns: furlough employees and let them take the newly generous U.I. benefits, or keep them on the payroll and apply for government funds to cover much of their salary? At best it was confusing; at worst, contradictory.

The fact that both programs suffered serious implementation failures only made things worse: The PPP was inundated with unanswered applications, rapidly ran out of money even after imposing secret caps on the loans it would distribute, and was eventually given a second tranche of funds that were also subject to undisclosed caps and confusing application rules. Unemployment benefits, meanwhile, were paid through clunky state systems, many of which struggled to handle the load caused by millions of newly unemployed applicants. By the middle of May, Florida had processed more than 1.4 million U.I. claims, but less than half had actually been paid. Not only did the existence of expanded benefits create unintended consequences; some people simply couldn't get them.

There are likely to be longer-term political complications as well. It wasn't too hard to see the expansion of U.I. benefits as a small first step toward a universal basic income (UBI), or something similar, in which the government gives nearly everyone in the country a recurring payment. Indeed, in May, a group of left-leaning senators including Kamala Harris (D–Calif.) and Bernie Sanders (I–Vt.) proposed a follow-up to the CARES Act that would send most American households $2,000 a month until the economic crisis stemming from the pandemic subsides. Never mind that the U.I. benefits already in place were probably making the economic crisis harder to reverse. UBI critics have long argued that it would disincentivize work by making not working more lucrative; the expanded U.I. benefits offered evidence in their favor.

Similarly, the $600-a-week figure chosen for the expanded benefits seemed to presage a different policy argument, one focused on the minimum wage. (For years, progressive activists have clamored for a $15 federal minimum: $15 an hour for 40 hours a week is $600.) Although the federal unemployment benefit boost was initially set to run for just four months, the depth of the economic disruption caused by the pandemic has sparked talk of extending the time horizon.

A $3 trillion coronavirus response bill that was passed in May by House Democrats included a provision extending the expanded U.I. benefits until the end of 2020, but Senate Republicans refused to consider the legislation, specifically citing the continuation of federal unemployment benefits as a nonstarter. Instead, some Republicans discussed replacing the U.I. boost with a "back to work" bonus, with top White House economist Larry Kudlow saying that the Trump administration was considering the idea.

If Democrats eventually allow the $600-a-week U.I. payments to end, they may well argue they should be replaced by an equivalent federal minimum wage. Again, there would be costs and consequences: Paying more for work would send people back into the labor force. But it would also make it far more expensive for cash-strapped businesses already crippled by the pandemic to hire new workers. In the economy—even a pandemic economy—incentives are everything.