The High Risk of Learning the Wrong China Lessons

The trendy view of U.S.–China economic engagement lends itself to policy “fixes” that could make things worse, not better, for both the United States and the world. 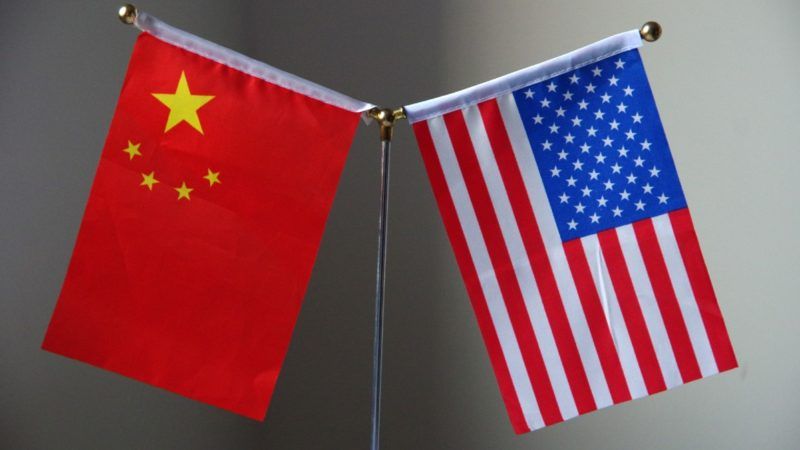 Everywhere you look in Washington these days, you'll find a China hawk. Many, however, look upon China's recent and obvious economic, foreign policy, human rights, and public health offenses and point fingers not at Beijing but inward at U.S. policymakers from decades ago. In particular, a bipartisan chorus of politicians, think tankers and presidential advisers decry the 2000 U.S. law that granted China "permanent normal trade relations" (PNTR) and China's 2001 entry into the World Trade Organization (WTO), and blame it for both the country's rise and the now-famous "China Shock"—the period between 1999 and 2011 during which a sizeable increase in Chinese imports supposedly destroyed approximately 2.4 million U.S. jobs. They've in turn used this "mistake," to justify grand rethinks of current U.S. foreign and economic policy—including withdrawal from the WTO itself. Since we got China so wrong, critics argue, we clearly must abandon traditional U.S. positions on not only China but also trade agreements, industrial policy, labor policy, and international engagement more broadly.

The trendy view of U.S.–China economic engagement errs repeatedly, and in doing so risks new U.S. policies that "fix" a "problem" of limited actual import and which could make things worse, not better, for both the United States and the world.

For starters, a comprehensive economic and historical accounting of China's WTO accession and the China Shock collapses the hawkish caricature of a naïve U.S. government fueling the destruction of the American workforce in the idealistic hope of Chinese democratization. Numerous studies completed since the original China Shock research reveal fewer American jobs lost; significant consumer benefits in terms of lower prices and increased variety; substantial employment gains in services and export-oriented industries; and net economic benefits for the U.S. manufacturing sector and the country as a whole. Even if one were to treat the China Shock as economic gospel and pin most job-losses on PNTR, moreover, perspective on this damage is sorely needed: the 2 million American jobs destroyed over a 12-year period are less than the average weekly unemployment filings in April through June of this year, and even in normal times, the 1 million manufacturing jobs attributable to the China Shock would constitute less than 20 percent of all such losses (and less than 5 percent of all job losses) over the same period. Does that demand radical policy changes?

Recent analyses also show that U.S. low-skill manufacturing employment and "late stage" industries with routine, standardized processes likely would have suffered the same fate in the last two decades, regardless of the China Shock, due to non-trade issues like automation and competition from other developing countries. In fact, the data show that manufacturing jobs as a share of the U.S. workforce experienced only a modest change in their downward trend before and after China entered the WTO, and that Chinese imports replaced other imports (particularly those from Asia), not domestic production, between 1990 and 2017.

These numbers answer a counterfactual question that economic nationalists and other PNTR critics rarely ask: what would have happened without the China Shock? The data indicate that Chinese import restrictions would not have saved most of the U.S. manufacturing jobs destroyed between 1999 and 2011—they would have simply changed the destroyer to other things, including non-China imports. This is precisely what officials in the George W. Bush administration saw in their data at the time, and exactly what happened when the Obama administration blocked Chinese tire imports under the special "safeguard" mechanism agreed as part of China's WTO accession: instead of China tariffs boosting domestic production, imports simply shifted to non-China sources (while prices, of course, increased). This "trade diversion" also resulted from the hundreds of "trade remedy" duties that the U.S. imposed on Chinese imports since 2001.

Other facets of China's WTO accession also defy conventional wisdom. For starters, PNTR did not actually open the United States to Chinese imports: in every year since 1980, China faced no greater trade barriers than other ("most favored") U.S. trading partners; Chinese imports were already increasing substantially before PNTR; and economic, historical, and anecdotal evidence show the probability of congressional revocation of China's trade status to have evaporated by the late 1990s. At most, PNTR merely accelerated a bilateral economic integration that was already well underway. (By contrast, China's WTO accession did open China: average tariffs dropped from around 40 percent in the early '90s to less than 9 percent in 2006.)

It is also a myth that the United States rubber-stamped Chinese WTO accession due to its dreams of Chinese democratization. Yes, as Dan Drezner recently noted on these pages, American policymakers did hope that China's very real economic liberalization would produce political liberalization as well, but this hope was not the primary motivation for U.S. policy, nor did it cause Washington to go easy on Beijing.  Instead, China's WTO accession took more than 15 years and required dozens of intergovernmental meetings, negotiating texts, and Chinese economic reforms (not just the aforementioned tariff reductions)—reforms shown to have been so significant as to have fueled China's post-WTO export competitiveness. The United States, meanwhile, was the final holdout among large industrialized nations to approve China's WTO accession via bilateral negotiations, demanding ever more concessions from the Chinese government—including the right to impose special duties on Chinese imports—over a contentious 13-year negotiation. Key Clinton administration speeches and policy documents also demonstrate that U.S.–Chinese engagement was primarily a pragmatic decision to achieve commercial and foreign policy objectives, not "democratization."

Indeed, based on the facts at the time, Washington policymakers had little choice when deciding whether to pass PNTR. Every other WTO member had done so years earlier; China was a growing, billion-person nuclear power reforming economically; annual NTR approvals would have almost certainly continued; and, even with higher U.S. tariffs, globalization (plus U.S. customs law) would have still allowed Chinese goods to enter the United States as parts of "non-Chinese" products. Rejecting PNTR would therefore have punished U.S. companies, heightened diplomatic tensions, and denied the U.S. government a new venue to press for reforms—all while failing to prevent China's rise. Thus, the actual alternatives to PNTR—another counterfactual that critics don't consider—would have been economically and geopolitically inferior.

The current obsession with China's WTO entry also ignores myriad U.S. policy failures that actually did enable China or harm American companies and workers. Most notably, successive U.S. administrations pursued far too few WTO disputes in response to real Chinese trade infractions, despite the fact that global trade rules discipline key irritants like industrial subsidies and intellectual property, and that aggressive litigation has proven effective in curbing Chinese abuses. Other U.S. policy failures include the United States' withdrawal from the Trans-Pacific Partnership, a treaty that was designed in part to counterbalance China's economic and geopolitical ambitions; its failure to reform tax, trade, and immigration policies that inhibit American companies' global competitiveness; its failure to modernize adjustment assistance and worker retraining programs intended to mitigate trade, technological, or cultural disruptions; or its continued imposition of tax, education, occupational licensing, criminal justice, zoning, and other policies that leave American workers unprepared to compete in a global economy or discourage adjustment and recovery when disruptions occur.

All of these policies are indeed worthy of criticism and debate, but they have nothing to do with the decisions to pass PNTR, allow China to join the WTO, or otherwise "normalize" trade with China. And blaming China for these policies' failures relieves them—and their political shepherds—of needed attention and reform, while also risking the wrong answers to complex cultural, economic and geopolitical issues.

Such increasingly common "answers" are precisely why it is critical to have an accurate account of long-past events (experts uniformly agree that the China Shock ended years ago). China's rise and the bilateral relationship arguably present this generation's most pressing geopolitical issue, and the Communist Party's human rights abuses, territorial expansionism, global health transgressions, and economic reversals deserve American scorn and response. Just as real and important are the seismic labor market and cultural disruptions that have upended many American families and communities. The proposed solutions to these problems, however, should stand on their own merit, not by pretending that they are an essential correction of the "mistakes" of PNTR and economic engagement with China more broadly. Doing so relieves such plans of the scrutiny they deserve, and could lead to truly bad governance: increasing U.S. protectionism and nativism, fomenting armed conflict, ignoring past policy mistakes, and thwarting a political consensus for real policy solutions to very real challenges—including and especially China.

Scott Lincicome is a senior fellow in economic studies at the Cato Institute and a Senior Visiting Lecturer at Duke University Law School. Previously he spent two decades practicing international trade law.  His new Cato paper, "Testing the 'China Shock': Was Normalizing Trade with China a Mistake?," was published today.