Six dead in a week, and 1,500 infections, all due to poor decisions by the state. And leaders still wonder why people won't do what they say. 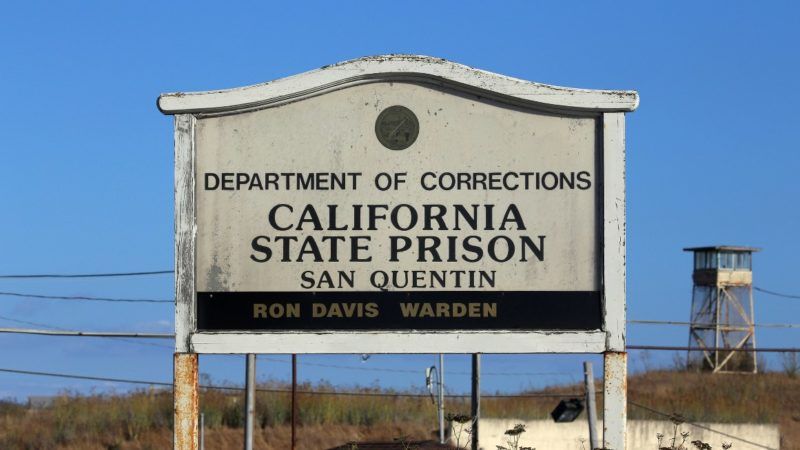 A week ago, California Gov. Gavin Newsom (D) and state officials acknowledged a massive coronavirus infection spike in San Quentin State Prison, affecting nearly a third of its prisoners. No deaths were reported.

Just a week later, the prison has reported six deaths. The state's prison system has reported 28 deaths overall from the virus so far, which means that essentially one-fifth of those deaths have come in just the past week at San Quentin. Three of the prisoners who died of COVID-19 were on death row and three were in the general population.

This disaster is most likely of the state's own making. California's prisons had been managing the COVID-19 pandemic fairly well, with the exception of the California Institution for Men in Chino. That prison has had more than 700 infections and has seen a majority of the state's COVID-19 deaths, 16 of them. To reduce prison crowding and the possibility of further virus spread in Chino, prison officials transferred 121 prisoners by bus from Chino to San Quentin in late May.

Some of those transferred prisoners likely brought the coronavirus with them, according to public health officials. Few of the transferred prisoners had been tested for COVID-19 in the weeks before the transfer and they weren't tested in San Quentin prior to being introduced to the prison population. Prior to the transfer in May, San Quentin had no reported infections. In effect, the state's Department of Corrections and Rehabilitation may have created an outbreak where one did not previously exist, and people are dying because of it.

Marin County, where San Quentin is located, is seeing its own spike in new cases, setting several new records in June. Officials there have scaled back plans to allow some businesses to reopen. And that's without counting the infections in the prison. It's worth taking note of the surrounding community because early research into the spread of COVID-19 infections at jails and prisons found that corrections staff themselves were extremely vulnerable, getting infected at higher rates than inmates, and then potentially bringing the coronavirus back home to their communities. It's dangerous to assume that an infection at a jail or prison is contained inside its walls merely because the prisoners are contained. The New York Times calculates that nine out of 10 of the largest virus clusters in America are connected to prisons. The Times lists 1,587 cases connected to San Quentin, though the prison itself reports a total of 1,429 cases among prisoners (both active and resolved). That leaves at least 158 infections of non-inmates, and that's probably an undercount.

Even if the outbreak and its casualties are confined to prisoners, that doesn't make it acceptable, ethical, or moral to ignore it. Even if some people are callous enough to write inmates off for their crimes and care little if they get sick and die, America is still, like clockwork, discovering that we're incarcerating people who are innocent.

The incompetence on display here is staggering. What is worse, the same state government that is failing to stop the spread of coronavirus among the prisoners in its custody persists in telling Californians what they must or can't do to combat COVID-19's spread.

If you're still wondering why some people don't trust the government's handling of the coronavirus outbreak, a look at what happened over the course of a single month at San Quentin provides a simple, stark answer.