A third of prisoners at San Quentin have gotten COVID-19, most in just the last two weeks. 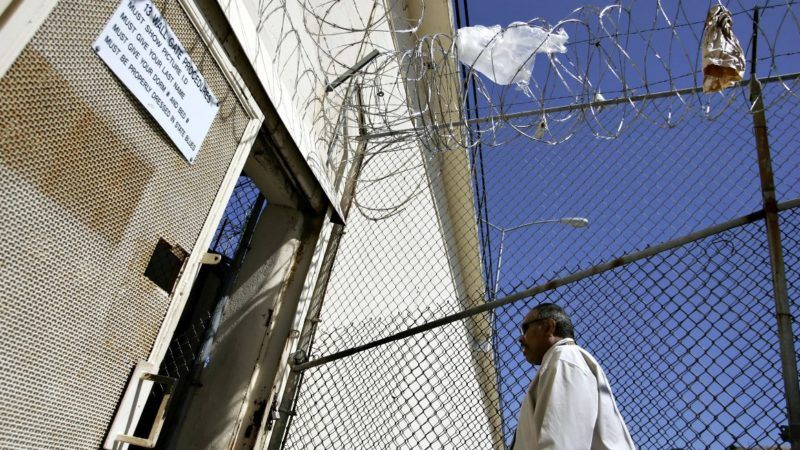 Nearly a third of the 3,500 inmates incarcerated in San Quentin State Prison in California have tested positive for the coronavirus as of Monday.

Nowhere is the spike more obvious than at San Quentin State Prison, north of San Francisco in Marin County. The prison accounts for half of all new COVID-19 infections among the state's inmates. Up until May, San Quentin had managed to go without any reported infections at all. Now they have more than 1,000. A representative for the California Department of Corrections and Rehabilitation told USA Today that the prison is setting up tents within the prison to serve as triage space for handling new infections.

In a press conference on Monday, Gov. Gavin Newsom said it's possible that the infections came to San Quentin via the transfer of prisoners from Chino, formally known as the California Institution for Men, located in San Bernardino County. According to NPR, the 122 prisoners who were transferred from Chino to San Quentin in late May were not tested before being moved. This is particularly foolish since prisoners were moved to San Quentin due to Chino's own coronavirus outbreak and related overcrowding. (Currently, Chino has more than 500 active COVID-19 infections and has had 16 deaths.)

Newsom says California has released 3,500 inmates and has identified another 3,500 who could potentially be let out in order to reduce the level of crowding and thus the chances of the coronavirus spreading. The state has identified 110 inmates at San Quentin that could potentially be released soon. According to daily population data from California's prison system, the state prison population is down more than 11,000 inmates from this same time last year.

Despite the new spike and California's high prison population, the state's prison system is still seeing fewer infections than in states like Texas and Ohio. Though The Marshall Project notes that 585 inmates in state and federal prisons have died of COVID-19 as of June 25, California has seen comparatively fewer prisoner deaths so far. Hopefully the prison system will learn from this disaster caused by poor planning in its prison transfers and will avoid creating new infection outbreaks. You can't blame this one on bars and beachgoers.