Pollyanna Was Not a Pollyanna

The surprising wisdom of a long-misunderstood classic.

Lenore Skenazy | From the July 2020 issue 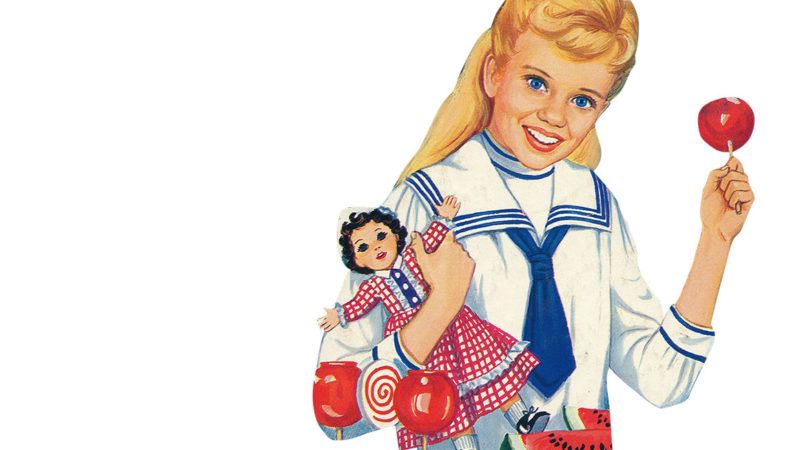 Pollyanna gets a bad rap. Even Mary Pickford, the silent movie star who bought the rights to the 1913 bestseller about an uber-optimistic orphan, was said to detest the girl and story. That's according to John Tierney and Roy F. Baumeister, whose new book, The Power of Bad: How the Negativity Effect Rules Us and How We Can Rule It (Penguin Press), highlights the million ways our brains—and the media—focus on the bad and discount the good.

And yet Eleanor H. Porter's Pollyanna was such a phenom that Pickford gritted her teeth, cast herself as the 11-year-old heroine (Pickford was 27), and earned herself both a defining role and a gross of over $1 million in 1920. That's a happy ending! When Hayley Mills played Pollyanna in the 1960 Disney remake, she and Walt also laughed all the way to the bank.

Pollyanna movies have been made around the globe, despite the fact that her name long ago became shorthand for gratingly grateful. What I would call the "At least Anne Frank got a book deal!" outlook Pollyanna calls the "Glad Game," a technique she was taught by her missionary dad when she was desperately hoping for a doll and received instead a pair of crutches. But at least she didn't need the crutches, so—hooray!

I recently decided it was time to finally watch (and possibly learn from) Pollyanna. Steeling myself for a sap overload, I was shocked to discover the character was not a cloying goody-goody but actually sly, smart—and manipulative.

The basic plot: Parentless Pollyanna arrives in a small Vermont town to live with her rich and icy Aunt Polly. Pollyanna doesn't mind the attic room—just look at that view!—and soon she's out and about, meeting the locals. She chats with shut-in Mrs. Snow, who's been poring over a casket catalog, and wealthy recluse Mr. Pendleton, who hates kids until Pollyanna pushes her way in and points out the rainbows his chandelier casts on the wall. Pretty soon they're stringing a clothesline of crystals across the living room and rainbows dance everywhere—a hobby she brings to Mrs. Snow's stuffy bedroom as well.

By doggedly refusing to treat these grumpy adults as anything other than fun-loving potential friends, they start to become exactly that. But how?

"Pollyanna is nice to the people you don't want to be around and therefore makes them nice," says Camilo Ortiz, associate professor of psychology at Long Island University. The sourpusses treated everyone as hateful. When along comes someone who doesn't hate them and isn't hateable, their circuits sputter. Either life is nasty, brutish, and short, or it isn't. Unable to hold two opposing viewpoints at once, they dump their old one (life stinks) and embrace the new.

"Believing in people is a way you can put some good in the world—people want to live up to those expectations," says Greg Lukianoff, president of the Foundation for Individual Rights in Education and co-author of The Coddling of the American Mind (Penguin Press). Lukianoff's book looks at today's campus culture through the lens of cognitive-behavioral therapy (CBT). While some colleges actively sensitize students to things like microaggressions—the idea that offhand or ignorant comments should be treated as if they were cruel and deliberate attacks—CBT teaches the opposite: Don't just trust your feelings; inspect them. Why are you interpreting an incident in the least charitable way? Might there be an alternative explanation?

That is just what Pollyanna is making the townsfolk do. They may feel angry and aggrieved, but is life really that bad? Or is it just their ornery, self-pitying interpretation?

Pollyanna brings CBT to the town. And lately, some parents are bringing Pollyanna's lesson into their homes. "I deliberately made my husband and daughter, who's 13, watch it with me," says author Alina Adams. "I was born in the Soviet Union and spent my first seven years there. Growing up, the attitude was 'it could always be worse.'" Her Soviet upbringing made American life one big Glad Game for Adams.

Chicago therapist Kelley Kitley says she wanted to instill that same outlook in her four kids ("You didn't make the team, but you made some new friends!") and found it rubbing off on her too, making her less critical and more happy.

Me? I'm a proud Pollyanna convert. You can play the sad game, the mad game, or the Glad Game. Only one is any fun.