We should feel free to ignore travel restrictions imposed by political clowns using the public as pawns in their feuds. 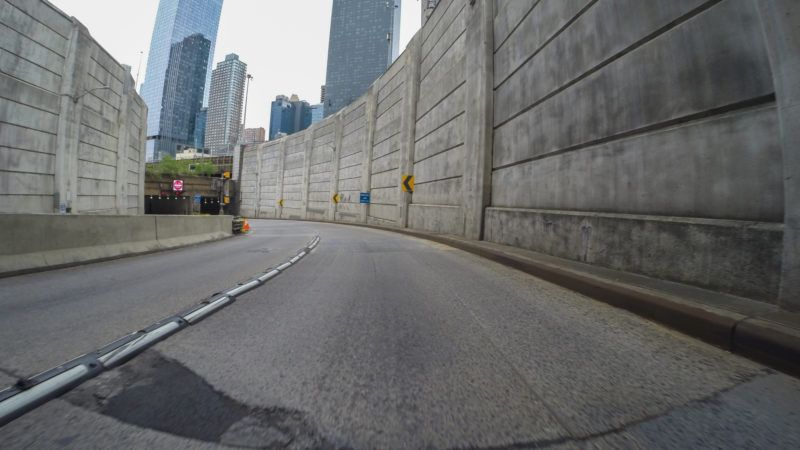 We've come a long way from the March day when New York Gov. Andrew Cuomo threatened to sue Rhode Island over restrictions on travelers from his pandemic-hotspot state. Now, questions about reasonableness and legality are out the window as New York joins with Connecticut and New Jersey to effectively close their borders to people from states more recently hard-hit by COVID-19.

There's a strong hint of tit-for-tat in a move that has little to do with health and a lot to do with regional and political posturing in a not-so-united country. The interstate chest-puffing might have some entertainment value, but Americans shouldn't feel any obligation to obey the pointless rules.

"New Jersey Governor Phil Murphy, New York Governor Andrew M. Cuomo, and Connecticut Governor Ned Lamont today announced a joint incoming travel advisory that all individuals traveling from states with significant community spread of COVID-19 quarantine for a 14-day period from the time of last contact within the identified state," the three governors jointly announced on June 24. The advisory isn't toothless, either, with New York threatening violators with a fine of up to $10,000.

Well, they apply to most travelers, but "do not apply to any individual passing through designated states for a limited duration (i.e., less than 24 hours) through the course of travel." That's a recognition of the impracticality of restricting the wanderings of the many businesspeople who keep those states prosperous, the medical professionals from elsewhere who treat their pandemic patients, and the transport of food, medicine, and other necessities across borders so that life can be maintained. But those unavoidable exceptions are a big flaw in travel restrictions.

"Such policies, health experts say, don't take into account truck drivers, airline workers, people transporting necessary supplies and equipment or those who just slip across state lines," The Hill noted last month in a critical examination of travel restrictions as a tactic for containing disease.

Among those skeptical health experts are the authors of a 2014 review of the literature on the effectiveness of internal and international travel restrictions published in the Bulletin of the World Health Organization. They determined that internal travel restrictions delay pandemic influenza spread by about one week, and the peak of pandemics by about one and a half weeks.

"Only extensive travel restrictions—i.e. over 90%—had any meaningful effect on reducing the magnitude of epidemics" at both the domestic and international levels, they concluded. Restrictions are not recommended at all once a pandemic is established globally.

With regard to the current situation, Science reported in April that China's domestic travel restrictions "only delayed epidemic progression by 3 to 5 days within China" and that "early detection, hand washing, self-isolation, and household quarantine will likely be more effective than travel restrictions at mitigating this pandemic."

That makes it difficult to justify travel restrictions imposed to keep potential COVID-19 patients out of states that already have hundreds of thousands of reported cases of the disease and tens of thousands of deaths. A few virus cases journeying from Miami to Brooklyn really won't make a difference now.

Legally, the status of domestic travel restrictions is a little vague. Americans enjoy protection for wide-ranging freedom of movement under the Constitution. That said, "courts have typically upheld [quarantines and travel bans] in deference to the states' broad powers to protect public health," according to Northeastern University's Wendy Parmet and Dr. Michael S. Sinha of the Harvard-MIT Center for Regulatory Science in the New England Journal of Medicine.

Legal or not, "these old tools are usually of limited utility for highly transmissible diseases, and if imposed with too heavy a hand, or in too haphazard a manner, they can be counterproductive," warn Parmet and Sinha.

So, with COVID-19 well-established across the U.S., travel restrictions are expected to be something between ineffective and counterproductive, though probably resistant to legal challenge. What's the case for them, then?

Finger-pointing at other states, quarantine mandates, and threats of penalties make more sense if you toss away all of the medical language and view them in the context of political theater. It's always tempting for government officials befuddled by a crisis and busily making it worse to deflect attention from their own failings by pointing to external enemies. In an increasingly fractious time, those enemies can be found within the borders of the same country, residing in another state, and perhaps affiliated with an opposing political faction.

We saw northeastern governors screaming in March about travel restrictions imposed by other states, only to turn around months later and impose quarantine orders on travelers from many of the same jurisdictions. It gets even sillier when you remember that New York's health commissioner, Howard Zucker, vowed on March 25 that "I would not follow" quarantine directives aimed at residents of his state. Now Zucker's department administers his own state's quarantine order.

Connecticut, New Jersey, and New York, the Democrat-led states issuing the current travel restrictions, were at the center of the "multi-state council" announced in April to establish pandemic policy independent of the Republican Trump administration. Most of the states targeted in the joint travel advisory are Republican-led and had earlier targeted the northeastern states with their own quarantine orders (though Rhode Island which fired the initial salvo against New York has a Democratic governor who, returning to the fold, later joined the multi-state council).

This is less about public health than it is about political warfare. And the major victims of this warfare are, as always, regular people who have little say in policymaking and are just trying to muddle as best they can through a very difficult time.

Given the extremely limited degree to which public health plays a role in these travel restrictions and the enormous burdens they place on people's lives and liberty, Americans who need to go from one state to another should feel fully justified in ignoring such rules. That doesn't mean officials won't try to catch violators, but with state borders often little more than invisible lines perforated by multiple backroads, it's easy enough to evade detection if you keep a low profile. Importantly, stay away from anybody who might inform the authorities, such as hotels and car rental agencies.

In a time of pandemic, people should act responsibly to reduce their vulnerability to infection and, especially, to limit the risk they pose to others. But acting responsibly doesn't mean there's any obligation to submit to travel restrictions imposed by political clowns using the public as pawns in their feuds.