The British Government Forced Universities to Narrow The Gender Pay Gap. This Made It Worse.

British universities thought they'd found the formula that would roll back discrimination. Instead, the pay gap widened. 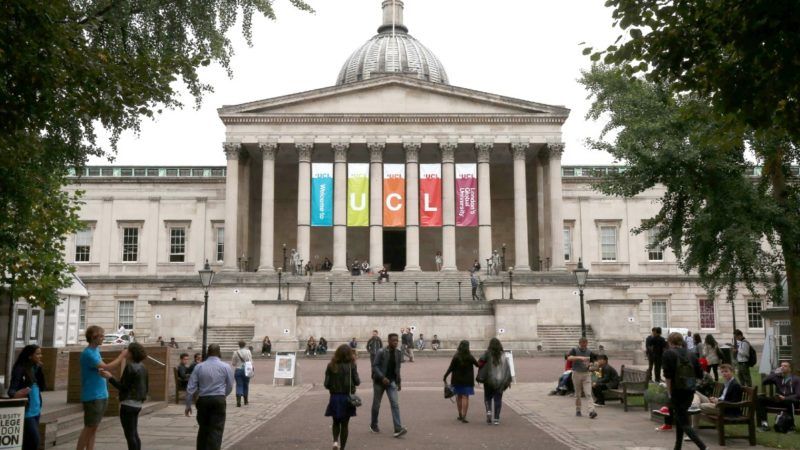 The United Kingdom passed a law in 2010 that required public institutions, including universities, to eliminate gender discrimination in their organizations. New research suggests that the method many universities adopted to reduce gender pay disparities has had, if anything, the opposite effect.

Showing favorable treatment to employees on the basis of gender has been illegal in the U.K. since the Equal Pay Act was passed in 1970. In 2010, the Equality Act gave public institutions an additional positive duty to actively eliminate such discrimination. The law, however, did not specify how public institutions ought to go about doing so.

University College London (UCL) implemented a process called "professorial banding," assigning every professor in its ranks to one of four "bands" representing different levels of academic distinction, each with a corresponding range of appropriate pay. Most other universities quickly adopted similar methods.

So far, it hasn't worked. At UCL, the gender pay gap increased slightly, from 5.8 percent to 6 percent, after professorial banding was introduced. Jeff Frank, an economist at Royal Holloway, University of London, reports that banding has been similarly ineffective at other universities. "The gender gap has been remarkably persistent," he said.

The study analyzed data from an anonymous British University, "University X," that adopted a professorial banding system similar to UCL's. Like UCL, the system had little effect, slightly increasing the gender pay gap after it was introduced.

The study corrected for the age and tenure of the university's professors, but not for their productivity. While this leaves open the possibility that male academics there are simply more productive, Frank believes this is unlikely. In 2019, female academics made up 37 percent of professors in the university's most productive departments, but only 30 percent of the professors overall. "This suggests that the average female professor at University X may be of comparable or higher productivity than the average male professor," Frank wrote.

Frank's paper shows that female academics tended to reach the top bands later than males, thereby delaying their pay increases. When women were promoted, they usually got stuck at the lowest pay levels of their new band, while male academics advanced to higher pay levels almost immediately.

Frank attributes these effects partly to external market forces. Many academics use offers from other universities as leverage to achieve higher pay at their own. "What we discovered in the previous research was women got fewer outside offers," Frank explains, "maybe because they were tied to not move because of family, and also the presumption that in a male-female partnership, the male career dominates." When a female academic received an outside offer, her current university was less likely to make a counteroffer, "perhaps because it judged that women were less mobile and therefore less likely to leave." Banding does nothing to correct for this phenomenon.

The rationale underpinning professorial banding is that re-grading professors from scratch on the basis of heavily described criteria will eliminate discrimination and ensure appropriate pay. This implicitly assumes that people no longer discriminate—or that if they do, the banding mechanisms will override it. Frank thinks this is misguided. "They build their structures on the assumption that there's no discrimination," says Frank. "People are still discriminatory. And committees are still discriminatory, in which case re-grading people doesn't necessarily do anything."

Additionally, the banding mechanism appears to exacerbate rather than override discrimination when compared to the traditional system of annual performance reviews previously used in British universities. Prior to professorial banding, academic salaries increased on a continuous scale, rising modestly when a professor had a "good year." Under banding, the bar for achieving a pay raise is much higher, requiring a significant accumulation of successes. As a result, partial successes go unrewarded. "Intuitively, this will penalise most those groups whose perceived success is least likely to exceed the cumulative threshold, perhaps due to discrimination," the study concludes.

Despite its inefficacy, professorial banding is still in effect in most British universities, partly because of the huge investment that went into implementing it. "The professorial banding exercise is really a quite expensive and intricate procedure," says Frank, "Once you've made a big investment in a new system, you don't give it up easily." Additionally, there isn't an obvious alternative.

In 2016, Essex University closed its gender pay gap by simply giving each female professor a raise of approximately £4,000. This was successful, with an effect that soon spread to lower academic ranks. By 2019, the university's gender pay gap was less than 2 percent in every rank. But this approach has issues as well, as it ignores the possibility that some women are overpaid. "If you give every woman a £4,000 pay rise, it's going to be rough justice," Frank says. "There are going to be some of those women who are already overpaid, and there will be some women who are grossly underpaid…but you're never going to get to exactly paying everybody exactly what they deserve."

Other efforts, such as ensuring that women are well-represented on academic pay panels, have fallen short. "All sorts of studies have shown that women managers are just as likely to discriminate against women employees that they manage as male managers," says Frank.

An unavoidable part of the problem is that grading professors is inherently difficult. Academic positions are part of a "certain set of jobs… which are not routine, in the sense that you count how many widgets are produced of suitable quality." This makes it hard to pay everyone fairly.

"We've gotten into a bit of a trap," Frank argues. "We try to come up with really complicated regulations and solutions, partially because there are lobbyists involved who try and build in loopholes and complications—but just in general, we've let the best become the enemy of the good." A simpler approach may not be perfect, but it is more likely to work, to create fewer distortions, and to cost less to implement.

Stephanie Murray is a public policy researcher turned freelance writer currently based in the U.K.