West Virginia and Delaware are letting citizens vote via their phones and tablets. Security experts warn the tech is still risky. 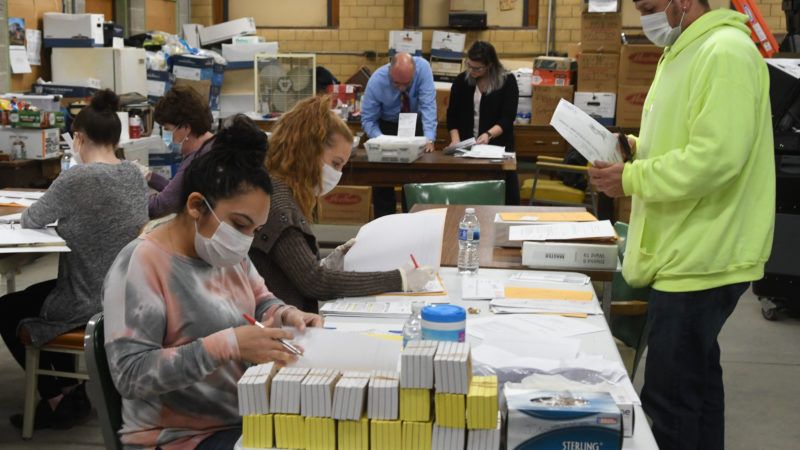 The coronavirus pandemic has upended American election procedures, with election officials across the country expanding vote-by-mail options that allow residents to cast ballots without ever stepping foot in the voting booth.

Some states have even started to permit online voting. Delaware and West Virginia are using OmniBallot, a cloud-based voting platform developed by voting technology company Democracy Live, for their statewide races.

OmniBallot would allow clients to fill out a ballot using their tablet or mobile device and deliver it to election authorities through a cloud server. This virtual approach could also have the benefit of helping people with disabilities via a suite of accessibility tools.

The two states vary in who is permitted to vote digitally. West Virginia is allowing all absentee voters to use the system. Delaware's more permissive policy opens the software to anyone who is self-isolating due to COVID-19, potentially allowing the whole state to vote remotely using the service.

While OmniBallot would help many people who have difficulty with mail-in voting cast a ballot, security experts have raised concerns.

OmniBallot claims to be highly secure, stating on its website that the Amazon cloud services it is built on have been "certified for use by federal agencies" and says it has a successful track record of being safely used for over 1,000 elections across 96 countries. Yet a June 2020 report from Massachusetts Institute of Technology (MIT) concluded that "OmniBallot uses a simplistic approach to Internet voting that is vulnerable to vote manipulation by malware on the voter's device and by insiders or other attackers who can compromise Democracy Live, Amazon, Google, or Cloudflare."

The Brennan Center, a think tank focused on civil liberties, agrees, broadly arguing against states experimenting with novel voting methods during a pandemic: "There couldn't be a worse time to try to add a risky, unproven technology like internet voting into our elections, particularly when we know that hostile actors have not given up on disrupting our democracy."

Security concerns have led at least one state partnered with OmniBallot to change course. New Jersey planned to allow disabled voters to use the digital platform. However, an emergency motion by the Rutgers Human Rights Clinic led New Jersey to suspend online voting for its upcoming primary. The lawsuit, which alleged that OmniBallot violated a 2010 court order banning the use of the internet in voting, was supported by the Brennan Center and other advocacy groups.

Still, digital voting systems do have great potential to help more voters get safely to the polls.

Blockchain is a peer-to-peer system for sharing information across computers. Tapscott explained in a 2018 op-ed that blockchain works through a network of computers with each one independently verifying digital transactions. These bits of scattered data form an encrypted chain across the network that makes it easy to authenticate. Because blockchain distributes these data transactions across many computers, the voting process would be difficult to hack, as a potential threat would need to commandeer every computer at once. Such voting systems "will be less costly, more efficient, and more accessible while eliminating most, if not all, opportunities for suppression, fraud, or sham charges of fraud."

But blockchain-based voting systems have their critics, too. West Virginia used to use Voatz, one of the blockchain-based apps touted by Tapscott, before switching to OmniBallot in 2020 following concerns raised by security experts. In a February 2020 report, MIT researchers found that "Voatz has vulnerabilities that allow different kinds of adversaries to alter, stop, or expose a user's vote" as well as "a number of privacy issues stemming from their use of third party services for crucial app functionality."