The city will spend close to $1 million building vertical gardens to provide produce for its healthy eating programs. 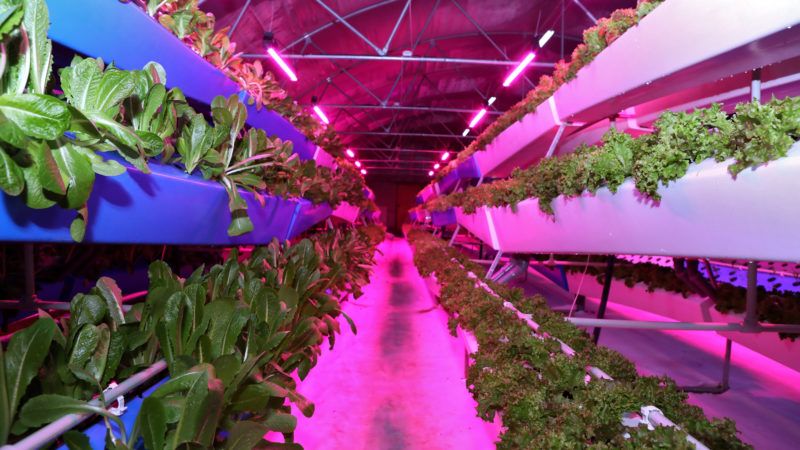 Sometimes you have to spend some green to make some green.

On Wednesday the city council of Jersey City, New Jersey will vote on awarding a three-year, $1 million contract to the company AeroFarms to build 11 vertical gardens on city properties. The company estimates it will be able to churn out 19,000 pounds of leafy greens a year from these installations, which will then be distributed for free to city residents.

Steven Fulop, the city's mayor, told NJ.com that the farms would produce vegetables for city-run healthy eating programs. Residents would register for these programs to receive the free produce, on the possible condition that they would be required to attend healthy eating classes and/or have their diets and health monitored.

"It is going to be oriented towards diet, healthy eating and making people more aware of what they are putting into their body," Fulop said. "We are going to be hopefully changing outcomes of how people eat and live which ultimately changes life expectancy."

The $70 million hole the coronavirus pandemic has blown in the city's budget only makes the AeroFarms contract more valuable, the mayor told the news site, given how obesity can compound COVID-19. "We feel it is more important than ever to focus on food access and education," he said.

The "we'd be stupid not to do it" attitude is encouraging. The cost and overall concept of the program raises a few concerns, however.

According to AeroFarms' estimate, it will be able to produce about 58,000 pounds of produce over the life of its three-year contract.

This means that the city is paying $17 per pound of leafy vegetables produced. Even if one excludes the construction costs of the vertical farms (which would presumably be usable after the three-year contract ends), it's still paying a little over $7 per pound of produce.

A quick online search shows the city could buy a pound of spinach from Safeway for under $2 a pound. A 1-pound package of organic mixed greens at Walmart costs a little less than $5.

If the city were really so keen on improving the diets of its residents, it would probably be far cheaper for it to just buy produce from local grocers and then give it away.

Indeed, the city staff who evaluated AeroFarms' 2019 bid for the city's vertical farming contract (the only one the city ended up receiving) expressed concern about its costs, particularly given that the city wouldn't retain ownership of the vertical garden units.

The idea of bringing vertical farming to Jersey City is part of a broader initiative of the Swiss-based World Economic Forum to create public-private partnerships that will "design and support socially vibrant, and health and well-being centric communities in cities."

AeroFarms' method of vertical farming, which grows plants inside without the need for sunlight or soil and uses very little water, apparently fits into this broad vision. The World Economic Forum has been touting the promise of vertical farming since at least 2015.

Yet in that time, more boring improvements in agricultural technology have been at work boosting crop production while using less land. That's improved sustainability while driving down prices.

It's quite possible that one day, vertical urban farms will be a far more efficient option. Unfortunately, that day isn't here yet.