No, 1 in 3 Kids Coming Across the Southern Border Are Not Victims of Sex Trafficking

This preposterous claim is front and center in a new PragerU video. 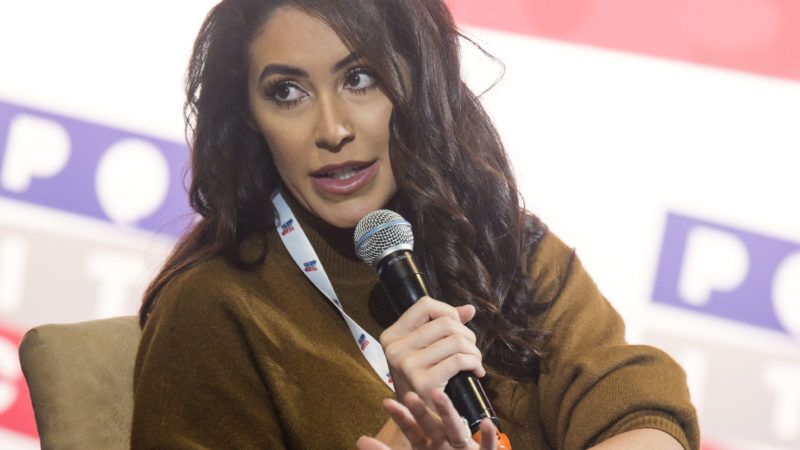 In a recent short video for PragerU, Anna Paulina Luna, a Republican running for Congress in Florida, suggested that one third of the immigrant kids coming over our southern border are being sex trafficked.

She said it in a kind of garbled way—conflating the fact that some kids aren't related to their smugglers, with the fact that "sex trafficking exists"—but her conclusion was clear: Separating kids from the adults bringing them over the border is for their own protection, because otherwise they are being sold into prostitution.

This notion is preposterous, says Debbie Nathan, a journalist who has covered immigration for 40 years and co-authored an article on this topic in The Appeal. In that 2019 piece, titled, "Trump Has Turned the War on Trafficking into a War on Immigrants," she explained that there has been a "rhetorical mash-up of smuggling and trafficking."

What happened, Nathan tells Reason, is that in 2018, the government started doing DNA tests on a limited group of people crossing the border who had aroused particular suspicion. "It wasn't a random sample of people coming over the border," she says.

Indeed, many of them were not related to the people they said were their relatives. But that was only a small subset of migrants, and the results were neither surprising nor damning. Unrelated groups often cross the border together, because many times the biological parent is already in the U.S. They left their child behind to be raised by an aunt or grandma until the child was old enough to come over, or the parent was well-established enough to provide them a decent home. The parent then pays for the child's passage north. Maybe the child is accompanied by an aunt, or even a neighbor who is also migrating. This person might lie about their relationship to the child, but that doesn't mean their true purpose is sex trafficking.

"The word 'trafficking' is just so radioactive," says Nathan, it makes separating the child from the group, or even sending the child back to his home country, sound like the kinder option.

In the PragerU video, Luna says that she can't emphasize enough "how dangerous it is for these kids."

"These kids don't choose to be in this circumstance," she continues. "They're innocent in this. But if we're not protecting them through our legislative policies, then we're part of the problem and I will never back down from that stance."

The Appeal article put it a different way: "By characterizing the act of border crossing with children as 'trafficking,' a political idiom almost immune to challenge, [Trump] continues his war on immigrants."

In any case, the government has currently come up with a new excuse for separating children and sending them back across the border: COVID-19. The New York Times reported Wednesday that the feds are deporting hundreds of migrant kids and teens without any chance to plead their case. The government is citing a 1944 law that lists disease-prevention as a reason to bar foreigners from entering the country, but many of these kids were already here when the pandemic began.

Instead of insisting these kids are innocent trafficking victims who must be sent back, the feds are now treating them like invidious disease vectors. Both are pretexts for an unjustified policy.