Backyard Cottages Could Be the Most Feasible Type of Housing To Build During COVID-19. Some California Cities Are Still Blocking Them.

The California state legislature has done everything in its power to legalize accessory dwelling units. A new lawsuit probes whether it's done enough. 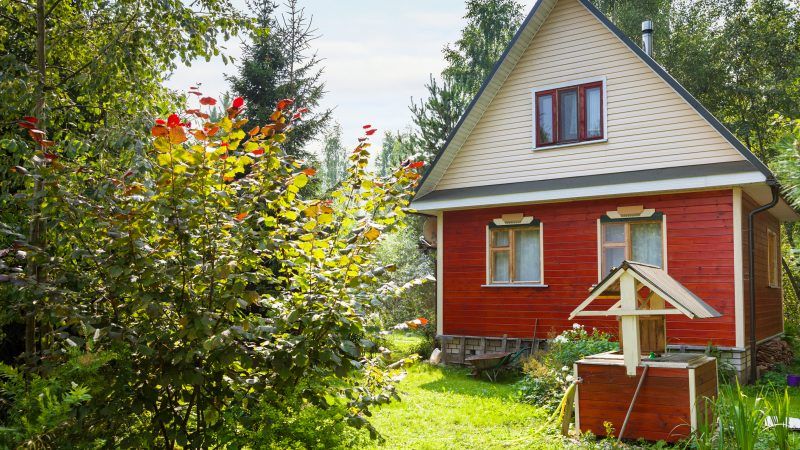 Despite the best efforts of the California State Legislature to let homeowners convert a garage or tool shed into much-needed rental housing, many of the state's local governments continue to deny permits for these units.

The battle is now moving to the courts in a case that has major implications for property rights and the prospects of adding additional housing in a state that was underbuilding long before coronavirus saw construction grind to a halt.

This week, homeowner Cordelia Donnelly asked the California Supreme Court to weigh in on her lawsuit against the city government of San Marino, which has refused to give her a permit for an accessory dwelling unit (ADU) that meets state standards, but conflicts with the local zoning code.

Her case has its roots in a 2016 state law, Senate Bill (S.B.) 1069, which requires local governments to permit ADUs by-right—meaning they aren't subject to the discretionary approval of planning officials—so long as they conform to certain state regulations.

The idea behind the law, says Tony Francois, an attorney with the Pacific Legal Foundation, which is representing Donnelly, is to let homeowners interested in adding a second unit bypass approval processes that are "so complex, time-consuming, expensive, and fraught with failure that it's just not worth it for average people."

So long as a homeowner's proposed granny flat or garage unit met some basic standards—like being on a residentially zoned plot of land and being no bigger than 1,200 square feet—local governments had to give it a stamp of approval. Local laws that went beyond state standards, or required additional approvals, were declared null and void.

S.B. 1069 went into effect in January 2017. That same month, Donnelly applied for a permit to build an ADU atop a detached garage on her property. She was hardly alone in jumping at the opportunity to take advantage of the state's streamlined approval conditions.

In a number of cities, ADU permit applications skyrocketed. In Los Angeles, for instance, permit applications for these units increased 30-fold after the new law went into effect, from just 257 applications in 2016 to 3,818 in 2017. In 2018, 20 percent of the permits granted for new housing units in Los Angeles were for ADUs, according to a report from the Sightline Institute, a Seattle-based urban policy think tank.

Unfortunately, not every locality was eager to see an explosion of new rental housing.

"It's clear that a lot of cities across the state, not all, but a lot are just thumbing their nose at the state on housing when it comes to the law," says Matt Lewis of the housing advocacy group California YIMBY. San Marino is one of those intransigent cities. A few weeks before S.B. 1069 went into effect, it passed an ADU ordinance that layered on a number of provisions that appeared to go beyond what was allowed by the state, or even directly conflicted with S.B. 1069.

San Marino's law, for instance, prohibited ADUs from being larger than 1,000 square feet, which is 200 square feet smaller than the new state standard. It also required them to go on lots no smaller than 12,000 square feet. In addition, the law required that property owners live either in their ADU or on the main unit on their property. They couldn't rent out both.

Donnelly's project conformed to the more permissive state standards. However, her lot was too small, and her proposed unit too big to meet the city's regulations. In August 2017, San Marino denied Donnelly's request for a permit. In response, she sued, arguing that the state law preempted these more restrictive local conditions. Shockingly, however, both a trial court and the California Court of Appeal ruled against Donnelly in decisions that turned on technical phrasing in the 2016 law.

In addition, the Court of Appeals pointed to a phrase in the law saying that local governments could impose standards "that include, but are not limited to" things like setbacks, parking requirements, and architectural review,  reasoning that local governments could go beyond those listed standards to impose other things like minimum lot size requirements.

While Donnelly was losing in the courts, housing advocates at the state level were trying to close the loopholes that had tripped up her and other homeowners like her. In 2019, the state legislature, at the urging of groups like California YIMBY, passed three new ADU bills that expressly prohibited local governments from imposing minimum lot size standards, and owner-occupancy requirements.

Even with the passage of these bills, cities continue to drag their feet, says Victoria Fierce of the California Renters Legal Advocacy and Education Fund (CaRLA). "One of the more common ones is planning departments saying 'We're not familiar with the law. We haven't had time to look at it'," she says. "That's a fair thing to say but it's also not an acceptable reason to not follow the law."

Fierce gives another example of the city of Piedmont, which required two permits for each ADU: one for the unit, the other for the physical structure that it would be a part of. The city was in effect saying "you have can have the idea of an ADU permitted but the physical manifestation of it had to get a second permit," Fierce says. "It's very bizarre but also not legal."

Piedmont eventually changed its ordinance under pressure from CaRLA. The organization has also filed a number of lawsuits against cities over local ADU regulations that are out of step with the state, including San Francisco. So far all of these have been settled out of court, says Fierce.

Unfortunately for Donnelly, few of the legislative changes made at the state level have helped her out much. While the 2019 ADU bills did eliminate minimum lot sizes, they also shrank the state's maximum unit size down to 850 square feet for one-bed ADUs (or 1,000 square feet for a two-bed ADU).

San Marino, says Francois, has also updated its laws to prohibit the project Donnelly first proposed in 2017, which should have been approved by state laws at the time. The PLF lawsuit would hopefully let her build her original project as designed. It could also have the effect of adding more teeth to state efforts at streamlining ADU permitting.

"There's a general legal concept that when state and local laws address the same thing, the state law will prevail," says Francois, arguing that trial and appeals courts have continued to be too deferential to local authorities.

"We're asking the state Supreme Court to provide the legislature and local governments some guidance on this very important question of whether the legislature has succeeded in establishing a statewide by-right system" for ADUs, he says.

Streamlined ADUs production could have added significance during the COVID-19 pandemic too, says Fierce, as financing for major housing projects is drying up.

"These bigger, larger developments are not going to pencil out," she says, whereas financing a one-bed garage unit or backyard cottage is still feasible, adding that their smaller size also helps them avoid political controversy. "A lot of people don't know that an ADU is being built and you don't hear the drama about it on Nextdoor or Twitter."