Plus: Some California universities cancel in-person fall classes, the U.K. extends its lockdown, and more... 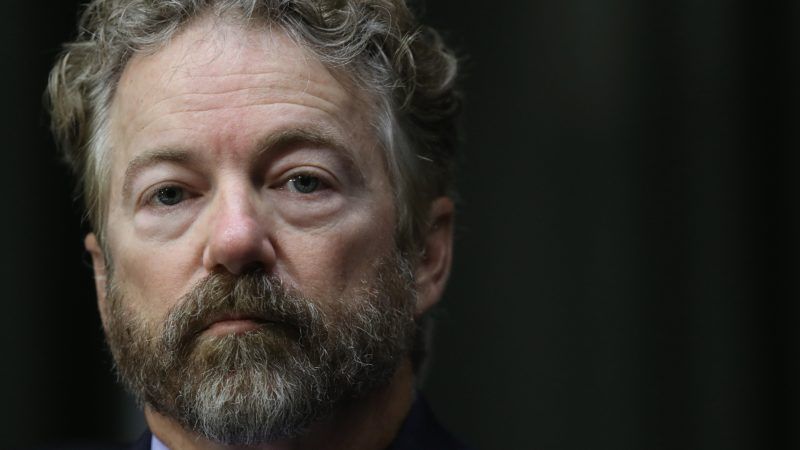 Their exchange came during a Senate Health Committee hearing—attended virtually by Fauci—on whether states can and should begin to relax aggressive social distancing rules. Fauci urged caution, warning that reopening the economy too quickly risked spreading COVID-19.

Paul used his time to criticize the existing coronavirus modeling, which has been "more wrong than right." He respectfully told Fauci, who, along with Dr. Deborah Birx, has been President Donald Trump's top adviser on the science of the pandemic, that the doctor is not "the be-all [and] end-all," in terms of decision making. And he asserted that some schools should be allowed to reopen, depending on local conditions.

"I think the one-size-fits-all, that we're going to have a national strategy and no one is going to go to school, is kind of ridiculous," said Paul. "We really ought to be doing it school district by school district."

"If we keep kids out of school for another year, what's going to happen is the poor and underprivileged kids who don't have a parent to teach them at home are not going to learn for a full year," Paul continued.

Paul's remarks earned him thunderous denunciation from a mainstream media that views impugning Fauci's godlike status as blasphemy, and heaps of praise from right-wing pundits, who have largely decided that Fauci is some sort of anti-Trump operative. In reality, of course, Fauci is neither a god nor a member of the deep state: He's a smart public servant whose guidance is one piece of information that policy makers should take seriously when deciding how to proceed. Indeed, that seems to be how Fauci sees himself: He has consistently stated that he is only qualified to advise the president on the science of the pandemic—in fact, he answered Paul's question by confirming that he is not the "end-all"—and that final decisions will be made by the president, in consultation with other advisers who have expertise on other matters, like the effects of the lockdowns on the economy.

Fauci even appeared to agree with Paul's underlying point, though he was more concerned about the possible negative effects on children's health than the senator. Fauci eventually conceded that in a country as vast as the U.S., it would make sense to have a different policy in different areas.

The point is that Paul and Fauci did not actually engage in some huge clash of conflicting visions, but agenda-setters in the media need something to fight about. This dynamic has become all too common on social media, where #Resistance types routinely treat Birx as if she has sold her soul by refusing to sternly rebuke Trump at the press briefings, and MAGA types continuously call on Trump to #FireFauci for insubordination. Birx is pro-Trump and an enemy of liberals, while Fauci is anti-Trump and an enemy of conservatives; in reality, of course, there appears to be no major difference in the type of guidance given by Birx and Fauci.

In short, Paul's point about allowing some schools to reopen was uncontroversial and reasonable, and Fauci even appeared to agree with it. Apologies to everyone who had wanted a fight.