Spending nearly 14 times as much on the CDC as we did in 1987 did not, apparently, help the agency combat the biggest disease threat America has faced in a century. 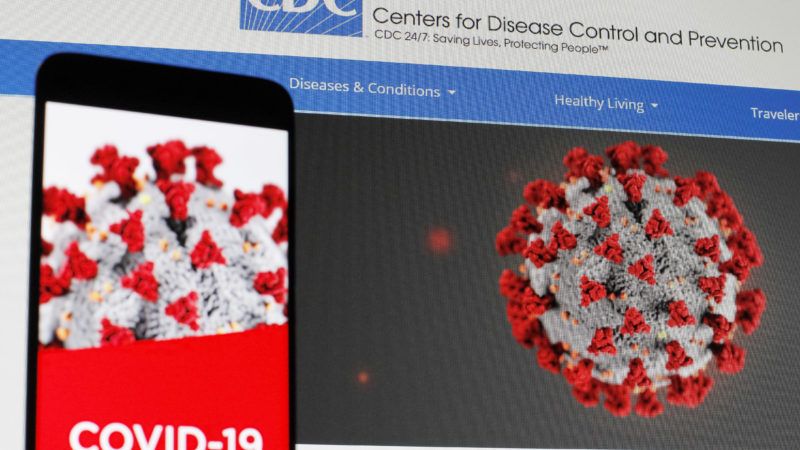 But spending nearly 14 times as much as we did in 1987 on the agency whose mission statement says it "saves lives and protects people from health threats" did not, apparently, help the CDC combat the emergence of the biggest disease threat America has faced in a century. In fact, a new report argues, inflating the CDC's budget may have weakened the agency's ability to handle its core responsibility by giving rise to mission creep and bureaucratic malaise.

"The CDC devolved into an agency incapable of adequately addressing the serious threat posed by infectious disease, particularly novel diseases for which there is little information about risk, spread, and treatment," says Michelle Minton, a senior fellow at the Competitive Enterprise Institute, a free market think tank.

Minton is the author of a newly released study showing just how far the CDC has strayed from its core mission. In addition to combating dangerous infectious diseases like HIV and malaria, the CDC now also studies alcohol and tobacco use, athletic injuries, traffic accidents, and gun violence. While those things can indeed be important factors to public health, Minton notes, they don't seem to fall within the agency's original mission.

They do, however, explain why the CDC's budget has ballooned from $590 million in 1987 to more than $8 billion last year. If the agency had grown with inflation since 1987, it would have a budget of about $1.3 billion today. Total federal spending, meanwhile, has grown from a hair over $1 trillion in 1987 to $4.4 trillion last year—which means that the CDC's budget has grown faster the government's overall spending.

Has all that extra funding made America safer? In 2019, the CDC spent $1.1 billion on its National Center for Chronic Disease Prevention and Health Promotion, which focuses on ailments like heart disease, cancer, and diabetes. The CEI report notes that there are at least 10 other federally funded agencies—mostly within the National Institutes of Health (NIH)—engaged in similar health and wellness research.

Instead of spending billions of dollars in recent years to duplicate work being done by other federal agencies, hindsight now suggests that the CDC should have spent more time and money researching emergent influenza-like infectious diseases, a project that received just $185 million in funding last year. This is a failure of priority-setting by both the CDC and Congress, which ultimately controls the purse strings.

Instead, the CDC was doing things like spending $1.75 million on the creation of a "Hollywood liaison" whose job was to help movies and TV shows write more accurate storylines about infectious diseases. A 2007 report published by the office of late Sen. Tom Coburn (R–Okla.) found that the CDC funded the position with money originally earmarked for combating bioterrorism and appointed a semi-retired employee to run the office. The same report calls out the CDC for lavish spending on a new headquarters and visitor center that opened in 2006. The agency blew through more than $10 million in new office furniture and built a $200,000 fitness center and $30,000 sauna on site.

It would be one thing if the CDC was merely wasting money on saunas and duplicative research, but the agency has also been pushing agendas that were counterproductive to public health. In the months before the coronavirus pandemic hit, the CDC was on the front lines of a "war on vaping" that came in response to a brief panic over deaths caused by black market THC vape pens.

"Even though it was clear early on that vaping-related lung injuries overwhelmingly involved black-market cannabis products, the CDC repeatedly intimated that legal, nicotine-delivering e-cigarettes might kill you," Reason's Jacob Sullum reported in March. "That message endangered public health by implying that people—teenagers as well as adults—would be better off smoking, which is demonstrably not true."

The nonsensical war on vaping may have tarnished the CDC's credibility on the eve of a crisis that would require the public to trust policymakers. And when the coronavirus did hit, the CDC only confirmed that it should not be trusted to make important decisions by forbidding private labs from developing tests for COVID-19. The federal agency's monopoly on testing supplies produced inaccurate tests that had to be discarded en masse.

The initial testing delay has certainly cost lives. It is also at least partially to blame for the severe quarantine policies that have tipped the American economy into a deep recession—without adequate testing, there was little else for policymakers to do except close the country in the hopes of slowing the disease's spread.

The CDC should have done better, given the resources allocated to it during the past few decades. That those resources were squandered is a matter of life and death for many Americans, and the people responsible should be held to account.

And, no, the CDC's budget was not cut by the Trump administration—as the agency's defenders have claimed. Although Trump did call for budget cuts to the CDC in each of his proposed budgets since taking office, Congress never approved those proposals.

Indeed, Congress has been stuffing more money down the CDC's throat on an almost annual basis for the past three decades—with little to show for it when the need truly arose.