Cops Arrest Brooklyn Rabbi for Letting Kids—Ages 11, 8, and 2—Walk to the Store

They even sent an ambulance, because it's not like there's anything else going on in New York. 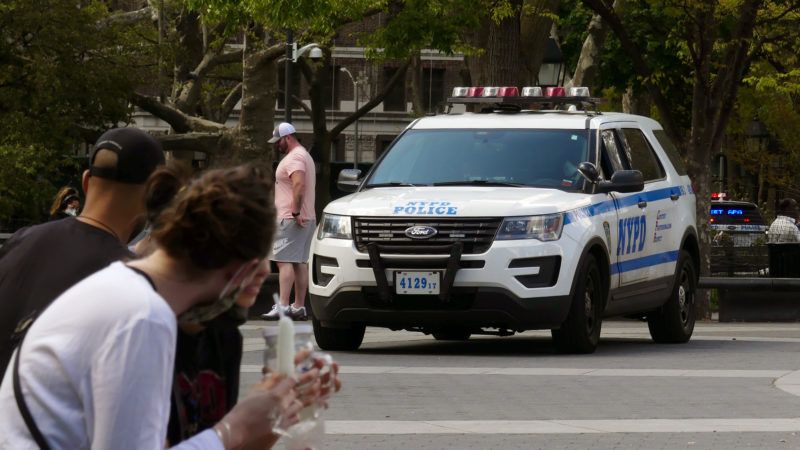 A Brooklyn dad who let his kids walk a few blocks to the local store was arrested on Sunday morning and charged with endangering the life of a child.

The charges against Noah Chakoff, a rabbi, were dropped about 12 hours later. But the ordeal began when New York City police stopped the kids—ages 11, 8, and a 2-year-old in a stroller—as they were simply heading to their local bodega (a small candy-and-everything-else store).

"I can understand them stopping the children, just to ask a few questions," Chakoff's attorney, Jason Goldman, tells Reason. "But obviously I don't agree with them charging the rabbi and keeping him for hours and hours while everything was going on with the pandemic."

Reporter Noah Goldberg writes in The New York Daily News that the police even sent an ambulance to the scene. Is there nothing more pressing a New York City EMT might need to attend to? Are kids to be considered so neglected, endangered, or rabid, that they might require emergency medical care by merely being outside?

The rabbi was taken to the precinct and then on to central booking. His wife, eight months pregnant with their ninth child, tried to bring her husband the holy items used for prayer, but these were not given to him.

Eventually the cops presented their arrest to the prosecutor.

The reason, Goldman added, is because letting your kids go to the store is not actually against the law. On the contrary—it's perfectly normal behavior.

If only cops harassing innocent families was a little less normal.