Sinking in the Swamp 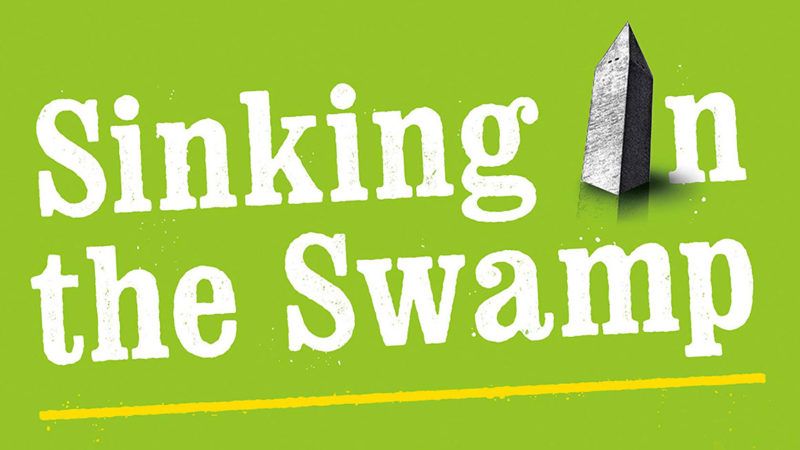 "Another Shitstorm in Fucktown": That's the name of the first chapter of Sinking in the Swamp, an extended profile of the numerous, eclectic grifters surrounding President Donald Trump. Given their gonzo style, the book's authors—Daily Beast White House reporters Lachlan Markay and Asawin Suebsaeng, two close friends of mine—clearly would have preferred the more profane but less marketable title of that chapter to adorn the book's cover.

Sinking separates itself from a pack of recent Trump administration tell-alls by homing in on the D-list celebrities who latched on to the former reality TV star. The White House is no longer the seat of power, in Markay and Suebsaeng's telling: That designation has moved six blocks east to the Trump International Hotel, where the pair successfully enmeshed themselves in Trump's outer orbit by occupying the lobby bar and regularly grabbing drinks with the president's sycophants.

The book sheds light on some significant characters whose names don't always make front page news. "Gabe," for instance, is Trump's most-trusted teleprompter operator, a man who intuitively knows when to fast forward or rewind the president's prepared script. (He warms up for the job by playing Candy Crush.) Then there's former Trump campaign manager Corey Lewandowski, described by the authors as "the single most dishonest person" in Trump's world—and they have receipts to prove it.

It would be impossible to come away from this book believing that Trump has "drained the swamp," as he promised on the campaign trail. On the contrary, the president has attracted a coterie of charlatans to splash around in the mud.