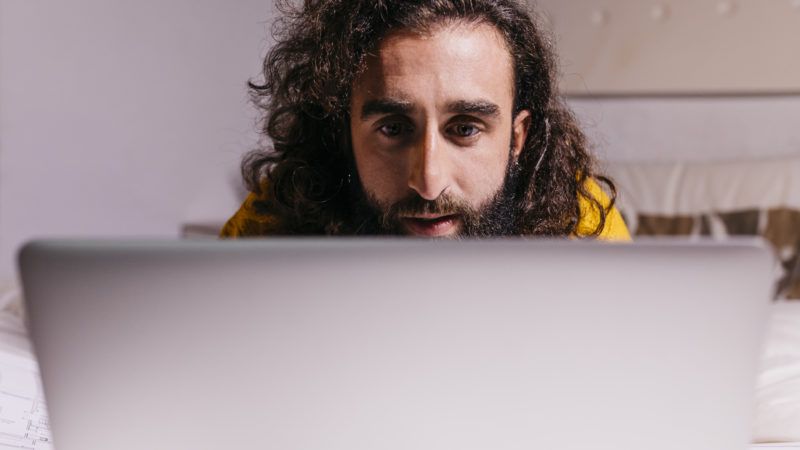 Not only is the ban-porn brigade up to its usual business, but activists have started incorporating the new coronavirus into their anti-sex work campaigns.

Alas, ours is an era of easily triggered scolds and illiberal nannies who see damning decadence in anything they don't personally like or understand. Not to mention, anti-porn "awareness" groups like NCOSE (on the right) and Exodus Cry (on the left) still have to earn their keep.

So, Pornhub's marketing stunt and traffic spike provided a convenient news hook. But anti-porn advocates are quite capable of whipping themselves into a fervor without help.

One platform, OnlyFans, has recently been getting more mainstream attention—and with that, a hefty dose of criticism.

"Every now and then, the modern world produces a trend so ghastly you can't help but sit back and think, would a global Islamic Caliphate really be that bad? One such fad is the sudden growth of OnlyFans, a monthly paid subscription content service," Charlie Peters wrote this week in The American Conservative.

This misplaced ire is especially pernicious right now, with so many sex workers put out of work by the new coronavirus. Financial desperation can force sex workers (and other vulnerable groups) into riskier arrangements and make it more likely that they'll be victimized. Platforms like OnlyFans, meanwhile, can actually help protect "the young female population" Peters worries about by allowing consenting adults to engage in remote sex work from their own homes and on their own terms.