And they are taking full advantage of the opportunity 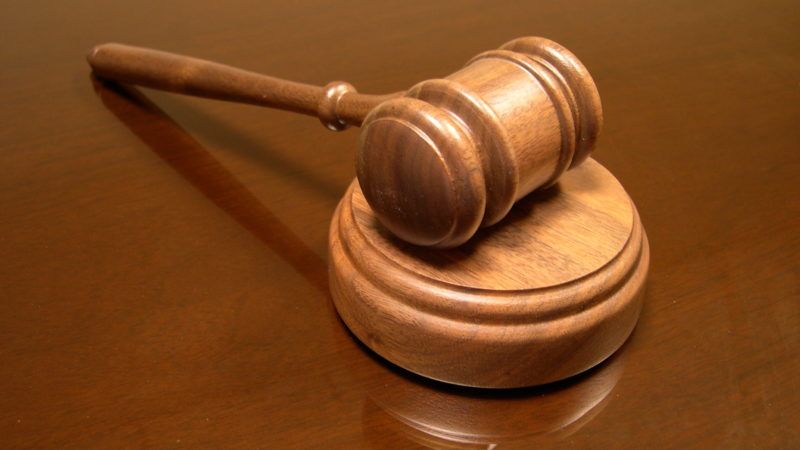 The COVID-19 outbreak might be a disaster for most of the globe, but it's proving to be a windfall for California's NIMBYs who are being provided with new legal tools for delaying real estate developments.

Last week, the Judicial Council of California—the rule-making body for the state's courts—issued 11 emergency rules for the judicial system during the current pandemic.

Included in the council's rules was a blanket extension of deadlines for filing civil actions until 90 days after the current state of emergency ends. Ominously for housing construction, this extended statute of limitations applies to lawsuits filed under the California Environmental Quality Act (CEQA).

The law has become a favored tool of NIMBYs and other self-interested parties to delay unwanted developments or to extract concessions from developers. Anti-gentrification activists use CEQA to stop apartment buildings that might cast too much shadow. Construction unions use the law as leverage to secure exclusive project labor agreements.

Under normal circumstances, these CEQA lawsuits have to be filed within 30 or 35 days of a project receiving final approval. That deadline gives builders, and their lenders, a modicum of certainty about the future timeline of their projects.

By extending this statute of limitations to 90 days after the end of the state's emergency (which is still yet to be determined), the council is effectively giving project opponents an unlimited amount of time to hold up projects, says Jennifer Hernandez, a land-use attorney with the law firm Holland & Knight.

This could effectively put any construction project that hasn't already run out the clock on CEQA's statute of limitations on hold, says Nick Cammarota of the California Building Industry Association (CBIA).

"If I'm a builder I can't move forward with my project until the [CEQA] statute of limitations has expired. The reason why I can't do that is because if you do move forward, courts have the authority to order you tear down what you've built," Cammarota tells Reason, explaining that "lenders today are unwilling to fund those loans for construction until the statute of limitations has expired."

That's bad news for a state that is already suffering from a shortage of some 3.5 million homes according to one estimate, and which has given itself the goal of building 500,000 new units a year to make up for the shortfall.

In 2019, permits for 109,000 units were issued in the state, down from 117,000 in 2018, and 113,000 in 2017, according to U.S. Census Bureau data. The indefinite extension of the timeline for filing CEQA lawsuits plus the current shutdown of most construction sites in the Bay Area could mean California is looking at another lost year for new housing construction.

"Without construction, you don't have new housing and we stay in the housing catastrophe that we're in," says Hernandez.

In announcing their emergency provisions last week, the Judicial Council made clear that they were more or less operating on the fly and were open to revisions in their order.

"We are at this point truly with no guidance in history, law, or precedent," said California Chief Justice Tani Cantil-Sakauye, chair of the council, in a press release. "And to say that there is no playbook is a gross understatement of the situation."

Holland & Knight and the CBIA are both asking the Judicial Council to issue separate guidance for CEQA actions that offers a more limited extension of the statute of limitations.

California's local governments are asking much the same thing. On Monday, the California League of Cities, as well as two associations representing county governments, requested the Judicial Council modify its emergency rules to allow the normal CEQA statute of limitations to resume after the lifting of the COVID-19 state of emergency.

"The Governor is calling upon all cities and counties to step up and face these crises by approving more housing units on a very considerable scale," these local government associations say in their letter. The Judicial Council's extension of civil action deadlines means "any applicants who got their approvals after the first week of March 2020 may have to wait until several months from now to get a green light from their lenders."

Other than saying their emergency rules would be open for revision, the Judicial Council hasn't given any indication on when, or even if, they'll modify last week's ruling to carve out some exemption for CEQA.

Not changing anything would be disastrous for new housing construction in the state, says Hernandez, saying "if this remains in place as is we'd expect to see an even more catastrophic slowdown in housing starts."