Developing them ought to be the top priority right now. 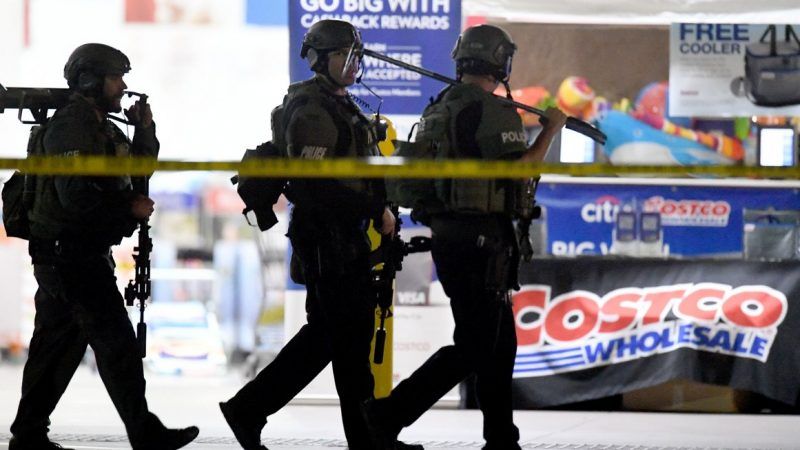 This is the terrible predicament we face as coronavirus cases worldwide top 1 million: In order to avoid getting infected, we have to stay at home in a mass lockdown. But if we don't go out, we won't develop the "herd immunity"—the critical mass of recovered and immune people—that can limit the virus's spread. That means the minute we unlock and venture out, we risk getting attacked again.

So are we doomed to stay locked up—watching our economy go up in smoke—till a vaccine or treatment emerges months, perhaps years, from now? Or is there a way out in the interim?

There may be if mass home testing kits become available soon. That will allow near-universal and repeat testing, point out Sweden-based molecular biologists Jussi Taipale and Sten Linnarsson, which will be a game changer.

At this stage, it's pretty clear to everyone but denialists that COVID-19 is not a hoax. Rather, it spreads at an exponential rate. In epidemiological parlance that means its spread rate—R0, the number of people an infected person spreads in turn—is greater than one. Without intervention, in coronavirus's case, each infected person gives it to about two to four more people, each of whom gives it to two to four more till a vast chunk of the population is infected.

This wouldn't be so bad if every coronavirus victim could just pop analgesics and recover. But that's not the case. Although most people do get better on their own, about 20 percent of diagnosed cases develop severe respiratory problems—breathing difficulty, pneumonia, and worse—and need hospital stays and even ICUs. No country has enough health care infrastructure or medical professionals to deal with the surge of patients—not even the United States, as the horrific reports from swamped hospitals in New York City suggest.

Worse, the more the disease spreads and overwhelms a country's treatment capacity, the more lethal it gets. (It's not a coincidence that coronavirus's crude case fatality rate—i.e. the percentage of confirmed cases* who die—is 1.4 percent for Germany and 1.67 percent for South Korea, both of whom managed to contain it early, compared to 9.3 percent for Spain and a jaw-dropping 12.2 percent for Italy, who didn't.)

So the only way to avoid mass death is to stop mass infection.

Among the countries that have done the best job of containing the spread are South Korea and Taiwan. They started testing, tracing, and quarantining—TTQing—at the first hint of the disease. When anyone tested positive, they wouldn't just quarantine that person. They'd go back and trace everyone that patient had come in contact with over the past couple of weeks and quarantine them as well. This labor-intensive strategy becomes a losing game, however, after the disease spreads beyond a certain point because it becomes too hard to trace and isolate all contacts.

At that stage, which is where most countries that ignored the early warning signs, including America, regrettably are, there are two options: mitigation or suppression.

Mitigation involves slowing the spread of coronavirus through some social distancing to around R0 equals one. Why not below one? Because allowing the vast bulk of the population to gradually get exposed means that many people will develop immunity and the virus will be permanently defeated. Mitigation also avoids total economic annihilation. However, Taipale and Linnarsson point out that the trouble with this approach is not only that it is really hard to calibrate perfectly but it also risks increasing the total number of people infected.

Most countries have therefore opted for some version of suppression. China's authoritarian rulers implemented the most extreme suppression effort locking down 60 million people in the province of Hubei, the epicenter of the disease. America's approach doesn't go nearly as far, but with 38 states issuing stay-at-home orders, some till June, and the Trump administration under pressure to issue a national one, it is not exactly dithering either.

The upside of suppression, if implemented effectively, is that it dramatically stops the spread of the disease. That seems to have happened in China if the official figures can be believed—a big if. The downside is that suppression is maximally draconian and massively economically destructive. Even America's comparatively mild suppression effort has already resulted in 9.9 million Americans filing for unemployment benefits in two weeks. This means that the labor market is contracting at the rate of one Great Recession per 10 days, The Atlantic's Derek Thompson notes. At this stage, the question isn't whether America will avoid a prolonged recession but a depression. Worse, shelter-in-place orders that force Americans to stay away from each other thwart herd immunity. According to White House estimates, come June, the vast majority of Americans might still be susceptible.

This means that as soon as America relaxes, coronavirus could come back with a vengeance, especially in the fall when cooler weather might reactivate the virus. Should this happen, we may well end up in what George Mason University economist Tyler Cowen describes as an "epidemic yo-yo"—the worst-of-both-worlds scenario where we oscillate between locking down and opening, repeatedly assaulting the economy but never really conquering the disease.

A possible way out till we have a vaccine or a treatment is through near-universal and repeated testing that allows the U.S. to replace mass lockdown with targeted quarantining of infected individuals while others continue to work. This is not possible right now because the tests available require medical professionals to take a nasal swab and carefully transport it for analysis, a process that takes several days. This test is accurate but expensive and slow. It also strains not only hospital staff but pathology labs that are already running out of chemical agents for analysis.

But a home testing kit that isn't prohibitively expensive and gives unambiguous results within minutes like a home pregnancy test would change everything. It could use sputum —spit—or urine or feces (although sputum would probably give more accurate results because coronavirus RNA—genetic material—is more concentrated in it). Any test that can accurately detect 85 percent of coronavirus-positive cases and has an 80 percent compliance rate would be enough to reduce the R0 of coronavirus to under one without benching a vast swath of America's workforce. Scores of pharmaceutical companies around the world are currently working to develop these tests, Taipale noted in an email exchange, and they might become commercially available within a matter of months if not weeks. (Home coronavirus finger-prick blood tests are already close to being commercially rolled out in England. But their downside is that they aren't good at detecting early infection—when isolation is crucial—only later immunity.)

The duo suggests that the government could buy boxes of 50 tests and mass mail them to everyone for weekly testing for about a year. The boxes would have serial numbers that patients could use to collect a financial reward when they report their results, something that would ensure both compliance and tracking of the disease spread. Shelter-in-place orders could be restricted to any area showing a developing disease cluster.

This would arguably be a more defensible use of the $2 trillion that Congress used to fund its coronavirus relief package, which indiscriminately showers money on everyone and everything. But employers also have an inherent incentive in maintaining coronavirus-free workplaces and could fund their own home testing programs for employees, so there's probably a private sector solution as well.

One way or another, once home testing becomes available, it's likely to be embraced by Americans eager to leave their house arrest and safely get back to work—even as they wait for coronavirus's permanent defeat.

This piece originally appeared in The Week.

*The definition of case fatality rate has been corrected