Much about the COVID-19 outbreak has been unprecedented and historic, but until now it's been difficult to quantify exactly how serious a blow the virus would deal to the U.S. economy. 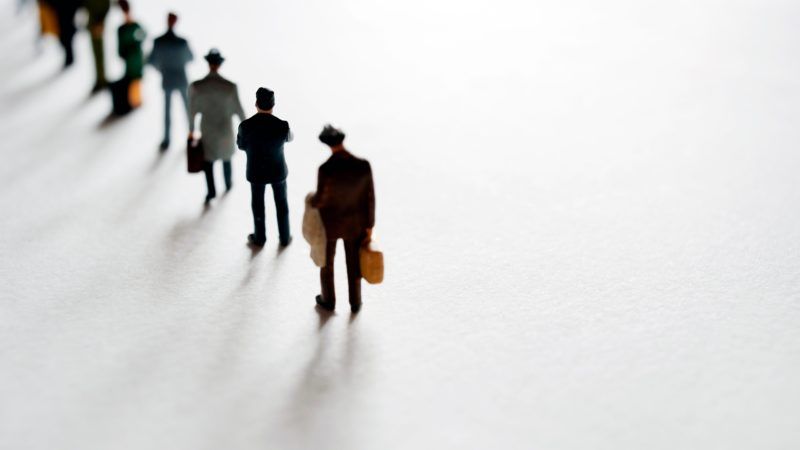 The U.S. Department of Labor started tracking weekly initial unemployment insurance claims in 1967. Before today, it had never recorded more than about 695,000 in a single week—a record that was set in October 1982 and that has stood through several subsequent recessions.

Today the department announced that nearly 3.3 million Americans applied for unemployment within the past week.

Much about the COVID-19 outbreak—and the response to it—has been unprecedented and historic, but until now it's been difficult to quantify exactly how serious a blow the virus would deal to the U.S. economy. Initial unemployment claims represent only one metric, of course, but it's now obvious that the economic side of this crisis dwarfs anything the country has faced in a long time.

As awful as the unemployment report is, it likely understates the true number of job losses experienced as the economy shuts down in response to the outbreak.

Many people likely did not immediately seek unemployment insurance. Some of this is simply attributable to pride, while other people might not know that they qualify or might not have had time to file with their states before those states reported figures to the federal Department of Labor. Reports of jammed phone lines and crashing websites suggest that some people who sought unemployment benefits were unable to get them right away. Others who are out of work don't qualify for unemployment, which is not available for independent contractors or for self-employed workers in the gig economy.

Also, the data released this morning only cover the period up to March 21—five days ago. That predates some of the harsher shutdown measures enacted by states and cities in the past few days. As of Wednesday, at least 163 million people across 17 states were under orders to shelter in place. That's more than half the U.S. population, and the number is likely to grow before it shrinks.

So this week's record-shattering number of initial jobless claims won't be the worst of it.

Individuals claiming unemployment benefits due to the coronavirus could soon be getting an extra $600 from the federal government above and beyond whatever state-level benefits they receive. That's one of the major provisions included in the COVID-19 response bill that cleared the Senate last night and is expected to pass the House later today.

Those boosted payments will be available to gig workers and independent contractors who might not otherwise get unemployment benefits. The federal payments will last for 13 weeks, and are expected to cost about $260 billion in total.

Out-of-work Americans can also look forward to tax rebate checks of $1,200 per person (and $500 per child) that will be coming within the next three weeks.

Unfortunately, those two worthwhile provisions of the COVID-19 response package account for only about $600 billion of the $2.2 trillion package. The rest of the 880-page bill is, as Reason's Elizabeth Nolan Brown noted this morning, brimming with bailouts for government-favored corporations.

The unemployment claims figures released this morning are likely only the tip of the iceberg when it comes to the economic chaos that will be wrought by the outbreak. We are now in uncharted territory.