A uniform national response risks doing more harm than good in a nation that’s not uniform. 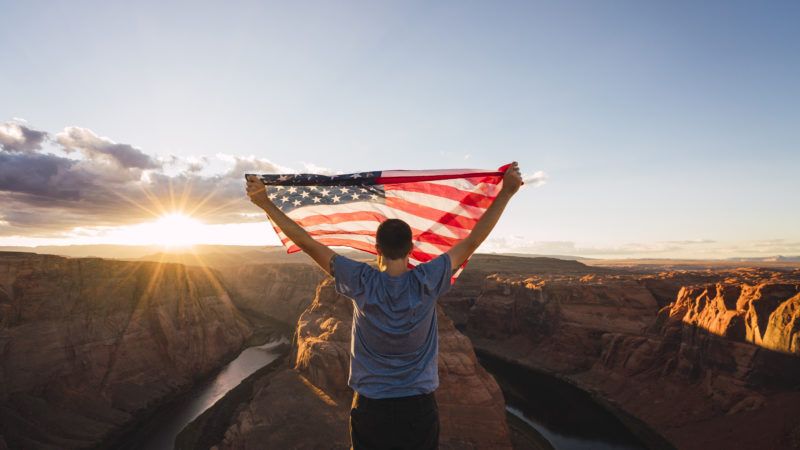 One-size-fits-all, top-down policies are poor matches for communities of widely varying density, character, risks, and concerns. Unusually for a modern politician, Arizona Gov. Doug Ducey acknowledged this last week. When asked why he was less eager than his counterparts elsewhere to order statewide restrictions in response to the COVID-19 pandemic, Ducey answered:

As COVID-19 spreads across the country, it affects different places in different ways, with some of the starker contrasts being those between cities and rural areas. Ignoring those differences doesn't just paper over reality; it may exacerbate existing national political tensions.

As I write, New York City is the new epicenter for COVID-19 infections in the U.S. It's a center for international travel, drawing visitors and people on business from all over the world, with a dynamic culture and a thriving economy. The city is also very densely populated, with over eight million people concentrated so that there are 27,000 of them per square mile. Those factors make New York—the city where I was born—a prime incubator not just for ideas and prosperity, but for new diseases.

"New York is far more crowded than any other major city in the United States … All of those people, in such a small space, appear to have helped the virus spread rapidly through packed subway trains, busy playgrounds and hivelike apartment buildings," The New York Times reported this week.

Fortunately, as befits a prosperous metropolis, New York City is also home to a long list of hospitals, many of them world-class. That doesn't mean they won't be overwhelmed—they're getting slammed, with worse to come. But they're top-notch institutions with excellent personnel and resources.

By contrast, Yavapai County, Arizona—where I now make my home—has a total population of around 232,000 people in an area half again as large as Connecticut, with 26 of them per square mile. Dispersed as they are, people in Yavapai County face less danger of infection than do the residents of urban areas. Unfortunately, that doesn't mean the place gets to sit out the pandemic; COVID-19 is here, and my wife is masked and hoping for the best at her pediatric clinic every day. But it is less of an all-pervasive threat.

Another difference is our medical infrastructure: A thinly populated area with resources to match, Yavapai County has the Yavapai Regional Medical Center, the Verde Valley Medical Center, and a Veterans Affairs facility, for a total of fewer than 400 beds. Which is to say, like other rural areas, Yavapai County offers a lower risk of contagion, but very limited capacity for helping those who do contract COVID-19.

Looking at the characteristics of these very different worlds, and having lived in both, it's difficult for me to imagine pandemic approaches that make equal sense for places where exposure to others is inherent in exiting an apartment as well as those where "social distancing" is life as usual.

That urban-rural difference is reflected in people's views of the pandemic.

"The people most likely to say the disease threatens 'day-to-day life' in their communities are those living in urban areas in states that have seen relatively high numbers of cases," with suburban and then rural residents lagging well behind in their perception of danger, Pew Research reported last week.

As does everything in our tribal world, this difference of opinion has political implications. Urban to suburban areas tend to be Democratic, and rural to exurban areas tend to be Republican, which is part of the reason that the country is split into warring camps. That shows in polling about COVID-19, with Pew finding many more Democrats and Democratic-leaning independents (44 percent) than Republicans and Republican-leaning independents (26 percent) seeing the virus as a threat.

Other polls find similar partisan differences, with an NPR/PBS-NewsHour/Marist poll reporting that a majority of Democrats view the virus as a "real threat" while Republicans see it as "blown out of proportion." Likewise, a Kaiser Family Foundation poll found that 30 percent of Republicans had suffered disruptions to their lives from the virus, compared to 49 percent of Democrats.

That last poll is especially interesting, since it's not about perceptions but experiences. It suggests that largely urban Democrats are experiencing a different pandemic than largely rural Republicans. That makes sense. By and large, the two groups live different lives, geographically and culturally distinct from one another. Their experiences in many ways are going to differ as a result; COVID-19 is just one more part of the divide.

That divide doesn't have to be world-shaking if it's one based on choices. To live in an urban area is to choose to experience life differently than people who live in a rural area. But that divide can be deepened and widened if it's made worse by decisions imposed from the top without regard for differences in needs, values, and experiences.

Yet top-down and one-size-fits-all appeals to a lot of people who either don't understand or don't give a damn that other people live different lives.

Describing the national pause in economic activity as "worse than the problem," President Trump says he "would love to have the country opened up and just raring to go by Easter." He calls for a quick return to normality that might work better for some areas than for others depending on the local severity of the pandemic and people's ability to weather a lockdown with jobs and businesses intact.

His doppelganger, Governor Andrew Cuomo of New York, insists "there should be a uniform federal standard for when cities and states should shut down commerce and schools, or cancel events." He also wants the federal government to nationalize the production and distribution of medical supplies—a terrible idea under any circumstance, and one that's bound to interfere with communities' ability to find their own way through this crisis by subjecting them to decisions made far away.

Of course, Trump is playing to a Republican, heavily rural base, while Cuomo strokes his own urban, Democratic supporters. Neither seems to see any reason why the response might need to vary according to local conditions.

Let me emphasize here that I'm not a pure localist. My preference is always for addressing problems without using coercion. Nobody should get to impose their wills on others, no matter how pure they believe their motivations or how wisely informed they claim to be.

But short of leaving people alone, if government is going to do anything, it should act with respect for the differences among us—like the widely varying densities, preferences, and resources of places like New York City and Yavapai County. If political officials don't care that "things are different in Tombstone than they are in Tucson," they risk giving way to even more resentment and antagonism between rural and urban Americans.