Now older folks are being treated to some (extremely necessary) overprotection. 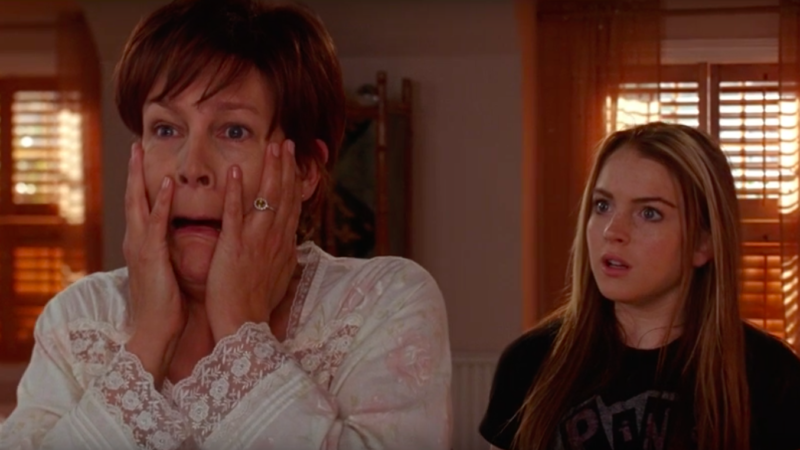 The COVID-19 crisis has produced an interesting role reversal.

Many people over the age of 50 are currently being hectored by their protective progeny to keep safe and practice social distancing—no more lunch with friends, or church, or cards, or even strolling the neighborhood. Wash all the clothes you went out in today, including daddy's jeans… bring Clorox wipes… use baggies for gloves…. etc.

Frankly, I'm fine with this. Hectoring is where it's at in these times of global crisis. Hector on, I say! But it does feel just the tiniest bit like Freaky Free-Range Friday.

In the movie, Freaky Friday, 16-year-old Lindsay Lohan and her "mom," Jamie Lee Curtis, switch bodies for one day of role reversal. Hilarity and empathy ensue. And there's something to that idea. For the longest time I have been contemplating a notion sent to me by Emily Adams, a Free-Range Kids / Let Grow enthusiast in Canada, who said that parents would stop micromanaging their kids' lives if they had to live for one day the way today's kids live.

They would get up, and instead of being able to get themselves to work, they would be strapped into the backseat in a five-point harness and driven there, even if they work just three blocks away. When they got to their job, their kids would stand next to them until the very last minute when they entered their office buildings. And even then, their children would peer through the windows to make sure they were walking safely down the halls.

After work, the parents wouldn't have time to unwind or go for drinks. Their children would pick them up from work and take them to something enriching, like two-hour chess lessons. But they couldn't go into the lessons until the children signed them in at the front desks.

If the parents were wiped out after chess and really ready for that drink, first they would need to spend 20 minutes reading something at their current vocabulary level or just a smidge above—maybe a chapter of Tolstoy. Then they would have to write what they thought would happen next to Natasha and Prince Andrei, and the child would read what they had written and initial it.

(Younger kids could swap out the Tolstoy for a trip to the park where the kids would stand under the jungle gym, arms outstretched, while their parents climbed.)

Come evening, the children would prepare their parents a meal and cut it into tiny pieces, so the parents wouldn't choke and also wouldn't hurt themselves with sharp knives. Then it would be time for more reading, and a homework project that the children would tell them how to do while insisting that this is YOUR project, and then lights out.

Today's young adults were recently kids, which means they spent a whole lot of time being micromanaged. They also spent a whole lot of time being told that very safe things—like waiting in a car for five minutes, or crossing a quiet street—were actually risky. Every danger from minuscule to mammoth was considered a threat to be mitigated by any means necessary. That's why parents bought baby knee pads, and stood next to their kids at bus stops in super safe neighborhoods.

Faced today with a real, gigantic, literally life-threatening risk, overprotection seems like a totally appropriate response. I've got no problems with it. The fact that young people want their parents safe and are prescribing precautions is heartening.

But it's also a chance to think back on all that overprotection we parents did in those halcyon, pre-virus days and wonder if it was truly necessary.