The media can reasonably blame Trump for a lot of things. This is not one of them. 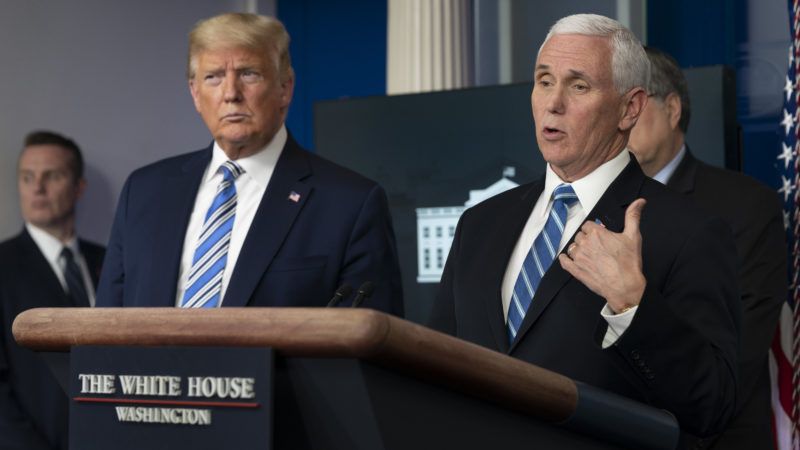 An Arizona man died after swallowing a chemical used in fish tank cleaners, and many in the media know just who to blame: President Donald Trump.

The man and his wife both ingested chloroquine phosphate, reportedly believing it to be a miracle cure for coronavirus. The wife has survived and is blaming her husband's death on President Trump, who cited preliminary and unconfirmed research that the anti-malarial drug hydroxychloroquine could be used to treat COVID-19. This apparently convinced the pair that they should immediately obtain chloroquine phosphate—a different form of the chemical—and consume it.

"We saw Trump on TV—every channel—and all of his buddies said that this was safe," the woman told NBC. "Trump kept saying it was basically pretty much a cure."

Some headlines were altered—often without acknowledgment—after the full picture emerged. Axios, at least, explained its decision to revisit its initial impression: "This story has been updated to reflect the fact that the form of chloroquine the couple ingested was used in aquariums—and it was not a medication."

The president was certainly wrong to create any expectation, at this early juncture, about hydroxychloroquine and azithromycin. But contrary to what the woman suggested to reporters, Trump did not endorse all forms of chloroquine as safe. What she consumed wasn't even medicine—it was chloroquine phosphate, a form of the chemical used in fish tank cleaner. As Reason's Elizabeth Nolan Brown wrote this morning, "It hardly seems Trump's fault that this couple took his statements to mean that drinking any old thing with chloroquine in it could help them."

Journalists have correctly accused Trump of spreading misinformation about hydroxychloroquine, but in these frightening and confusing times, some of them need to be more careful before they commit the exact same sort of mistake.