In fact, maybe the parents should play, too. 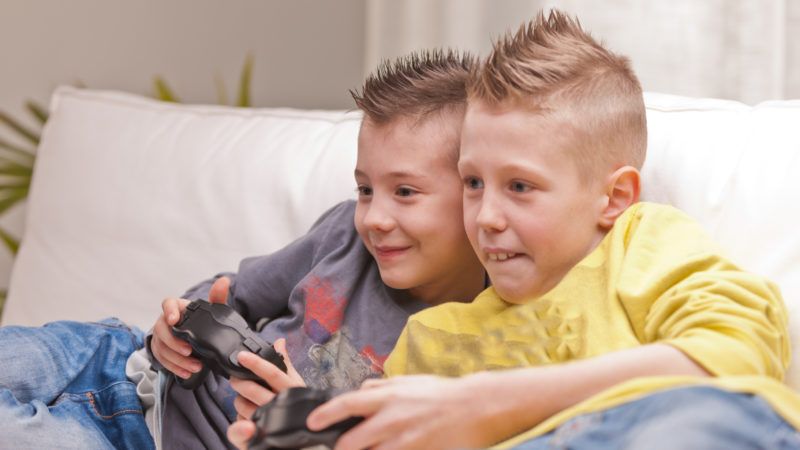 Seven days in a row, 19 hours each day, not counting time for meals, Snapchat, or that online math assignment: That's how long your kids could have been playing Fortnite since the quarantine began.

And that's perfectly fine. In fact, maybe you should join them.

Given everything going on in the world (i.e., the global coronavirus pandemic), right now is not the time for parents to worry about exposing their quarantined kids to excessive screen time.

The good news is that vide games don't make kids violent and dumb. They are are a force for social, educational, and emotional good—even when the kids are blowing things up.

"All the claims that have been around for years about the harm of them—I take it as my job as a researcher to see what's the evidence for these claims," says Dr. Peter Gray, professor of psychology at Boston College (and a co-founder, with me, of Let Grow). Upon researching the research, Gray discovered that "the bulk is showing positive effects."

In fact, one study that he found particularly robust asked thousands of parents to estimate the amount of time their kids spent playing video games. The researchers also analyzed the kids' social maturity based on teachers' reports, how well they were doing in school, their emotional stability, and so on. The result?

"The ones who were playing at least five hours a week were significantly higher on every one of those measures," says Gray.

Jeff Gale, a dad in Orinda, California, has seen in his seven-year-old son transformed by a video game he got when he turned six: Fortnite. Before getting the game, the boy was very quiet, somewhat overshadowed by his two older sisters. But learning to play the game "gave him incredible confidence," says Gale, "and his communication skills got better too."

While you may not be totally psyched about listening to your kids explain the finer details of Minecraft every single day for the foreseeable future (let's hurry up with those coronavirus vaccine clinical trials!), one way to make it more tolerable is for you to get in the pixel trenches with them—or at least watch what they're actually doing.

"You're learning what captivates your kid, you're learning how your kid is learning," says Anne Collier, executive director of the Net Safety Collaborative. And once in a while, she added, "without being too annoying, ask them, 'What's going on there?' or, 'Why did you choose that guy?'"

The next step could be asking them to show you how to play. But be forewarned: "I know of one father who whose kid introduced him to House of the Dead 2 on Sega maybe 20 years ago," says Chris Byrne, also known as The Toy Guy. "He got so into it that he kept playing it after his kid went to bed."

That could be you, too. After all, the reason video games are so massively popular is that they give people whole new worlds to explore. The fact that the games may be based on war or some other kind of confrontation even has an upside: Often the kids are playing with a team they have to rely upon to stay (virtually) alive. This creates a feeling of community, which is something all of us—kids and parents—could use more of.

With everything going on in the world right now, it's nice to battle something you can actually beat.