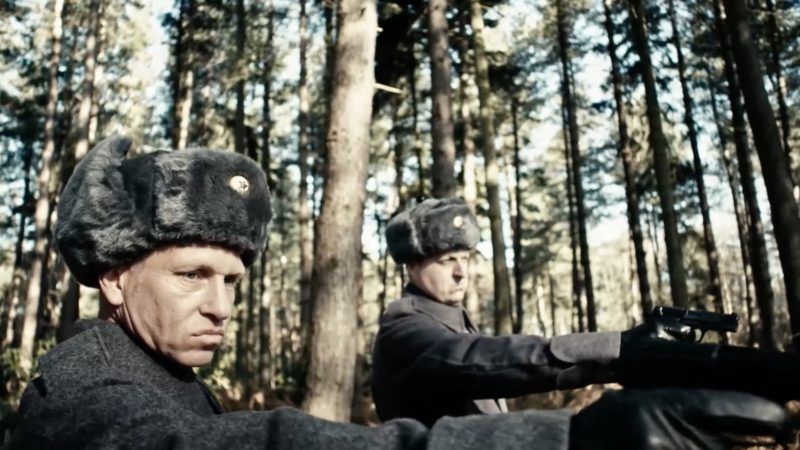 The life of spies is to know, says the old English proverb, not to be known. Don't tell that to Damian Lewis, the producer-narrator of Smithsonian's captivating new documentary series Spy Wars with Damian Lewis.  His true tales of espionage lay bare the tribe and tradecraft of counterintelligence—the detection of spies—in all their nefarious glory.

Lewis, one of the original stars Showtime's classic counterintelligence drama Homeland—he played a POW and returning from years of al-Qaeda captivity, maybe a mole, maybe not—has, with his veteran director brother Gareth, turned to producing. Spy Wars, which aired in Great Britain last year on the UK version of the History channel, is a collection of one-hour episodes on some of the most torturously tangled tales of international spookery of the past six decades.

Yet it's not the sort of quickie mash-up of archival footage that dominates cable television's weekday afternoons. Spy Wars uses old news footage, to be sure. (And, sometimes, fascinatingly, FBI surveillance tape.) But it's intercut with a truly impressive collection of interviews of former CIA spymasters, ex-KGB men, FBI counterintelligence agents and dazed suburbanites who didn't realize the cute couple next door were ruthless Soviet agents until a SWAT team came crashing into the neighborhood.

There are, of course, babes and bang-bang, though the latter usually involve nerve agents smeared on doorknobs rather than lead and gun powder. The most amusing example of the former was a Russian rookie named Anna Chapman (nee Kushchyenko), who except for the fact that her hair is red seems have jumped right out of a blonde joke: Realizing she'd been made by the FBI, she promptly phoned  her KGB daddy to ask for advice, a call that of course was taped by the FBI and turned into the principal evidence against her.

Mostly, though, Spy Wars resembles a chess match more than a Bond movie, a series of strategic mole wars, full of fakes and feints. Consider the case of Oleg Gordievsky, the subject of the show's first episode. Gordievsky was a KGB colonel posted in Denmark, where in the mid-1960s, as many as 40 percent of the staffers were spies. Though it's axiomatic in the espionage business that defectors are lured by MICE (money, ideology, coercion or ego), perhaps the letter L needs to be worked into that acronym: Gordievsky's old KGB boss says his agent went off the Marxist rails after too much exposure to the Copenhagen library, where he could read historians and philosophers long suppressed in the Soviet Union.

The final straw for Gordievsky, he declared in a ranting, tearful phone call to his wife back in Moscow, was the 1968 Soviet invasion of what was then called Czechoslovakia. The call was monitored by the Danish intelligence service, which promptly set about recruiting Gordievsky. But was the call authentic? Or was Gordievsky sending out a cry for help from the West, which he must have anticipated would be listening in? In charge of Soviet penetrations of Western spy agencies in Europe, Gordievsky was no espionage naif. In fact, the first thing he did after hearing a pitch from the Danes was to demand he be turned over instead to Great Britain's MI6, because he knew there was a Soviet mole in Denmark's spy corps who would undoubtedly unmask his betrayal.

Whether the Danes and Brits cleverly broke into the heart of Soviet intelligence in one of the espionage coups of the century, or simply manipulated into underwriting the escape of a cranky Moscow dissident, the outcome was the same: Gordievsky spent the better part of a decade spilling KGB secrets to the Brits, and may have help avert a war by warning Margaret Thatcher's government that its rhetoric (along with Ronald Reagan's famous "evil empire" speech) was convincing Soviet leaders that a Western first strike was on the way.

The British, respecting Gordievsky's worries that he'd be exposed by a Soviet mole, never identified him to anyone, even their allies in Washington. (Thatcher herself referred to him only as "Mr. Collins.")  Ironically, that was exactly what did him in. The CIA, jealous of all that top-drawer intelligence that was flowing into London, formed a task force to pinpoint its source.

The head of the task force was Aldrich Ames, who would eventually be unmasked (by yet another mole!) as the most destructive Soviet penetration in the history of American intelligence. But not before he ratted out Gordievsky to his Moscow bosses. Gordievsky, summoned back to the Soviet Union for interrogation, had to be snatched by MI6 and smuggled to safety in the trunk of a car.

For the past 35 years, he's lived in London—quietly at first, but eventually publishing a book about his intelligence career called Next Stop Execution. The title is not hyperbole. Vladimir Putin is a former KGB officer with a long memory and a thirst for vengeance against the enemies of his old outfit, and their health is prone to surprising and abrupt declines. As Spy Wars recounts in another episode, a former British mole in Russian intelligence named Sergey Skripal nearly died in England in 2018, eight years after he as swapped for the busty Anna Chapman. Cause: a Russian-made poison.