Politicians of both major parties are using COVID-19 to advance their pre-existing policy agendas. 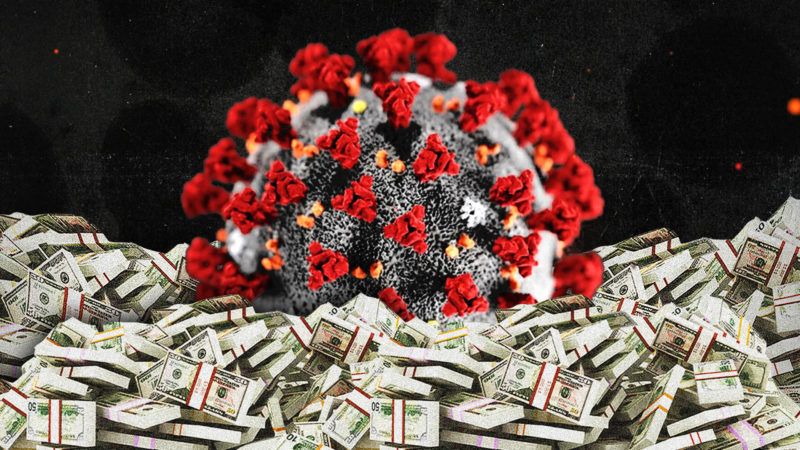 The United States would be better prepared for the COVID-19 epidemic, Sen. Bernie Sanders (I–Vt.) suggested during Sunday night's presidential debate, if it had a single-payer health care system similar to his Medicare for All proposal. Former Vice President Joe Biden, the leading contender for the Democratic nomination, was appropriately skeptical, noting that Italy, the European country hardest hit by the disease, has a single-payer system, and "it doesn't work there."

Sanders is hardly alone in using COVID-19 as a pretext to promote a policy he has always favored. But at a time when clarity about government aims and means is crucial, that temptation should be resisted unless there is a plausible connection between the policy and the current crisis.

Sanders' claim failed that test. Not only has Italy's health care system been overwhelmed by the epidemic, but countries such as Spain and France are following a similar path, notwithstanding their government-dominated medical sectors.

"It has nothing to do with Medicare for All," Biden rightly retorted. "That would not solve the problem at all."

Sanders also drew a connection between COVID-19 and economic inequality, another one of the self-described democratic socialist's favorite themes. "We have more income and wealth inequality in America today than any time in 100 years," he said in response to a question about the epidemic's economic impact.

Sanders' point was that rich people can more easily bear the costs associated with COVID-19 than poor people can, which is obviously true. But that observation does not necessarily translate into support for a new wealth tax, expansion of the already financially precarious Social Security system, a $16.3 trillion Green New Deal, or "free" health care, child care, housing, and college.

While Sanders' sweeping plans could not possibly be implemented in time to make a difference during the COVID-19 outbreak, Democrats have not been shy about slipping items on their public policy wish list into legislation ostensibly aimed at dealing with the epidemic. The Families First Coronavirus Response Act, which the House approved last week, includes a permanent mandate for paid sick leave, specifically covering absences "resulting from domestic violence, sexual assault, or stalking," which clearly cannot be justified as an emergency measure or as a response to the coronavirus.

Sending every American $1,000 a month—an idea proposed by Rep. Tulsi Gabbard (D–Hawaii) and endorsed by former presidential contender Andrew Yang, who famously wanted the federal government to do that even before anyone was worrying about COVID-19—does not look like a carefully targeted response either, even if limited to the duration of the epidemic. As Sanders probably would agree, affluent Americans do not need the extra cash; nor are they apt to go out and spend it, assuming that one goal of the payments is to stimulate the economy.

Republicans, like Democrats, are not above using COVID-19 to advance their pre-existing policy agendas. Last month President Donald Trump described his plans to build a wall along the border with Mexico as "one of the reasons" known COVID-19 case numbers for the United States were "so good" at that point.

In addition to making that logically impossible claim, Trump last week tweeted that the epidemic shows "we need the Wall more than ever!" But as Washington Post fact checker Salvador Rizzo noted, "none of the coronavirus cases reported in the United States have been linked to people who entered through the U.S.-Mexico border."

Sen. Josh Hawley (R–Mo.), meanwhile, seems to be using the epidemic to build a case for anti-Chinese trade barriers under the guise of protecting U.S. access to medical products. More vaguely, Sen. Tom Cotton (R–Ark.) promises to "hold accountable those who inflicted [COVID-19] on the world," which "means China will pay for this," according to an interpretation the senator confirmed.

It seems more likely that the rest of us will end up paying for politicians' inability to put the public interest above their partisan impulses.